Almost a year ago, Boxer had taken to Twitter to condemn violence under the Trump administration, saying that the violence was as a result of Trump's not caring "about solving the crisis." 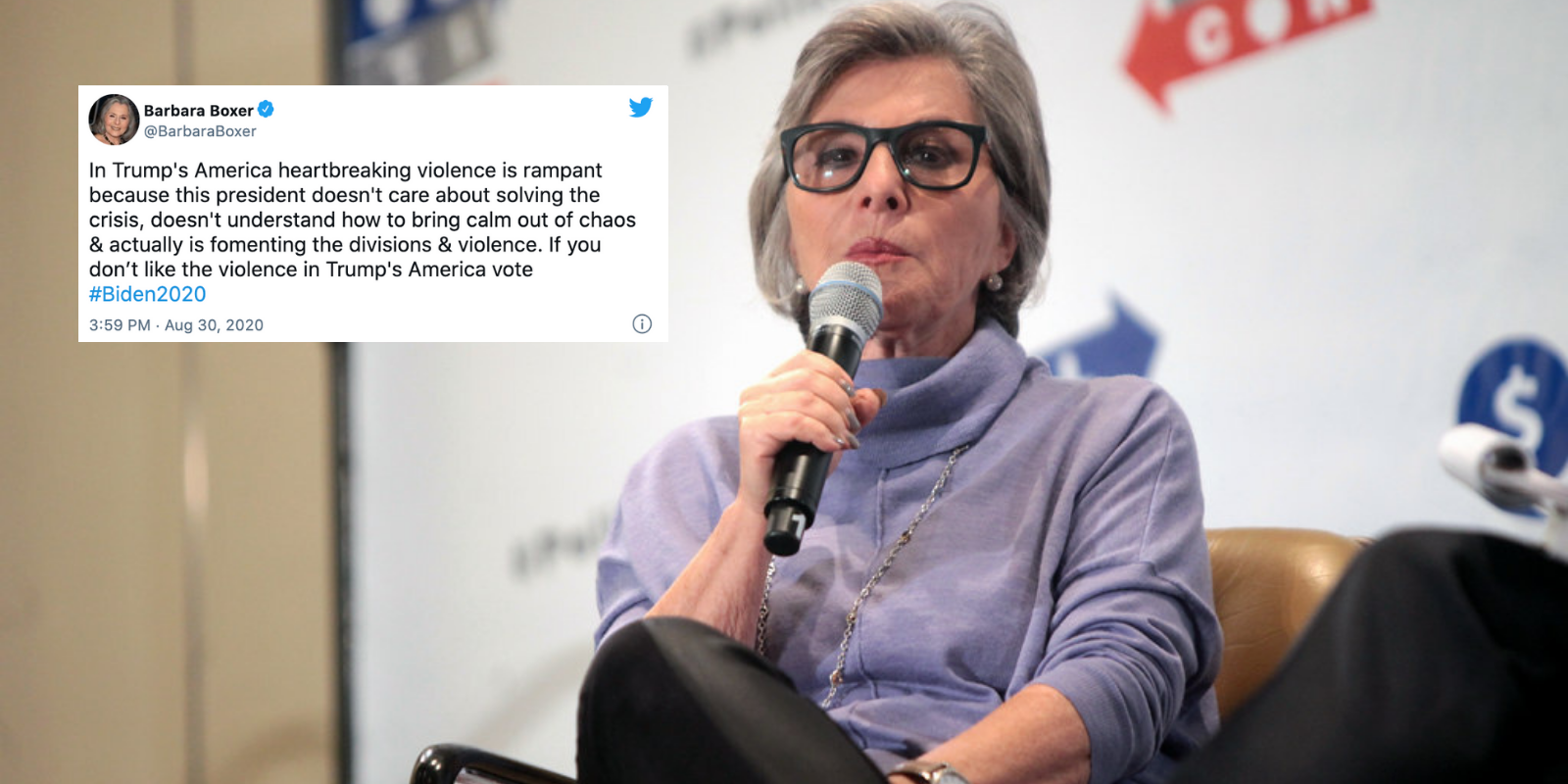 Former California Senator Barbara Boxer was attacked and robbed of her cell phone on Monday while in an Oakland neighborhood.

According to her Twitter account, Boxer, who served in the US Senate from 1993 to 2017, was attacked in Oakland's Jack London neighborhood.

"Earlier today former Senator Barbara Boxer was assaulted in the Jack London Square neighborhood of Oakland," reads the twitter post. "The assailant pushed her in the back, stole her cell phone and jumped in a waiting car.

The post adds that Boxer is "thankful that she was not seriously injured."

According to Fox News, the Oakland Police Department said the robbery occurred  in the 300 block of 3rd Street at around 1:15 pm. They declined to confirm whether Boxer was the victim.

"The suspect forcefully took loss from the victim, and fled in a nearby waiting vehicle," said police in a statement.

Almost a year ago, Boxer had taken to Twitter to condemn violence that was spreading across the nation under the Trump administration, saying that the violence was as a result of Trump's not caring "about solving the crisis."

"If you don’t like the violence in Trump's America vote #Biden2020," Boxer wrote.

Under the Biden Administration, that violence has skyrocketed, especially in places like Oakland that followed through on their promises to defund the police.

Former President Donald Trump issued a statement on the attack on Boxer Tuesday morning, offering his sympathies, and addressing the need to place power back with the police to get cities experiencing high crime rates under control.

"Former California Senator Barbara Boxer was savagely assaulted and robbed yesterday in Oakland, where they defunded the police," wrote Trump. "Our once great cities, like New York Detroit, San Francisco, and so many others, have become a paradise for criminals because of democrats."

"We must give power back to police or America will never be safe," he continued. "We cannot let Communist Democrats destroy our great cities. If we don’t stop them, our communities and our Country will be lost forever."

Oakland police's robbery section is currently investigating the incident. A $2,000 reward has been offered for information leading to an arrest.