“Governor Doug Ducey of Arizona, one of the worst Governors in America, and the second worst Republican Governor in America...." 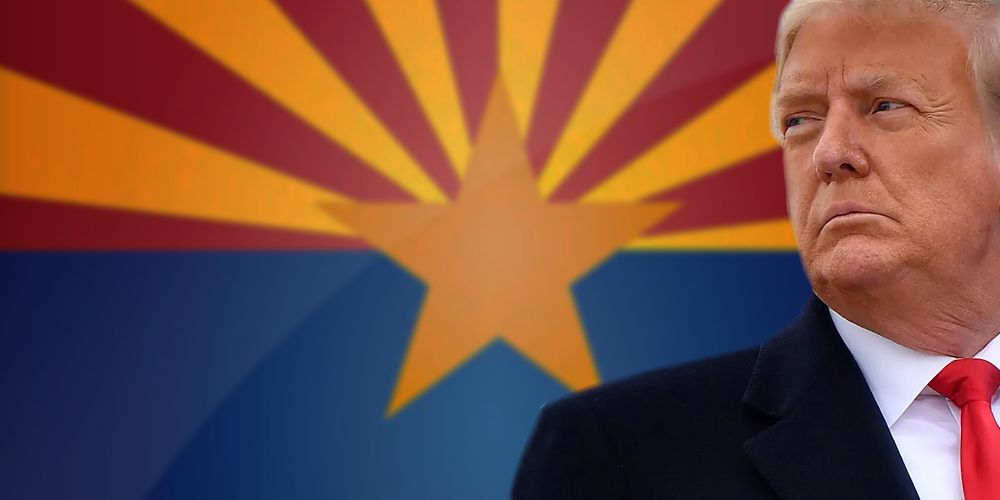 Former President Trump put out a statement today decrying Arizona’s leadership in the midst of the ongoing 2020 election audit. It’s an extension of remarks put out by Trump late last week when he accused Governor Ducey of being “zero help” to the State Senate.

It was over the weekend that Trump demanded Ducey provide "large-scale security" to the forensic audit.

The reason that Trump has to deliver remarks in a press release fashion is because the aftermath of last year’s November election was a chaotic period of litigation. A clamor that climaxed itself on January 6th 2021 when a group of rioters stormed the Capitol. The Big Tech companies unilaterally blamed Trump for inciting it, banning his entire social media presence in the aftermath.

“Governor Doug Ducey of Arizona, one of the worst Governors in America, and the second worst Republican Governor in America, is refusing to provide security for the American Patriots who are hand counting the Rigged 2020 Arizona Election Ballots.”

The situation in Arizona surrounding the audit is wrought with controversy. It was only a few days ago that Arizona Democrats filed a lawsuit to stop the Senate’s audit of the Maricopa County election.

A situation that led Judge Christopher Coury to recuse himself from the proceedings late last night.

The motives behind the suit alone are contentious. By mid-March of this year, the Arizona Senate Republicans found a forensic audit team they were willing to work with. Given the heightened need for mutual trust in this matter, officials took that into consideration.

At the start of April, The Hill released a piece condemning the leading forensic audit firm chosen. "The company that will lead the audit, Cyber Ninjas, is owned and operated by Doug Logan, a Florida man who helped spread lies about the election’s results last year."

The official announcement said Cyber Ninjas was one of four firms, but with their people taking a lead.