Four news items to pay attention to this week

This week in Canadian politics: budget day, Jagmeet Singh enters the House of Commons, a Liberal cabinet shuffle and more! 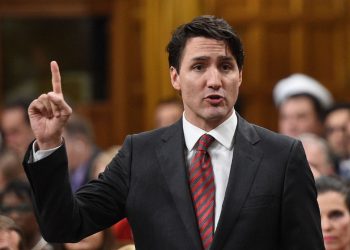 On Monday, March 18th the House of Commons will resume after a two week recess.

We can expect that next week will be a busy one in Canadian politics. Since the house adjourned, outrage over the SNC-Lavalin scandal plaguing the Liberal government has largely died down.

In the latest developments, on March 13th, the Liberals resisted voting to have Jody Wilson-Raybould appear to testify for a second time before the Justice Committee.

Here are a few big stories our readers should watch out for throughout this week.

On Tuesday, March 19th Liberal Finance Minister Bill Morneau will be tabling the federal budget just ahead of the upcoming 2019 election.

The federal budget might is being highly anticipated, especially by the mainstream media, as it will further detail the $595 million Liberal lifeline for journalism in Canada.

The budget will also likely be used by the opposition to attack the Liberals in areas like infrastructure and energy spending.

Jagmeet Singh takes his seat in the house of commons

Monday will be the first time that the NDP leader will be sitting with his party in the House of Commons.

Singh will be joined by two other MPs who were elected in the latest federal byelections: Rachel Bendayan (Lib.) and Scot Davidson (CPC).

With the NDP leader in the office, he can join his fellow MPs and the Conservative opposition to further pressure the Liberal government to act on the SNC-Lavalin affair.

According to sources, Monday is the expected day when Justin Trudeau will be shuffling his cabinet.

Since Jody Wilson-Raybould resigned from her seat, the party has seen another resignation in the place of Jane Philpott.

Prime Minister Trudeau is expected to shuffle the cabinet to make up for losses that his party has suffered since the SNC-Lavalin scandal broke.

The shuffle might provide us with some insights into the cabinet’s inner-workings and who is currently in or out of favour with the PM.

On Tuesday, which is the same day as budget day, the Liberal majority Justice Committee will be meeting again to investigate SNC-Lavalin allegations.

Tuesday’s meeting will be in camera, or behind closed doors, but we can expect some information to come out after the meeting has ended.