With regards to where Canadians lay blame for their gas troubles, nearly 43 percent of people polled blame government taxes such as the carbon tax. 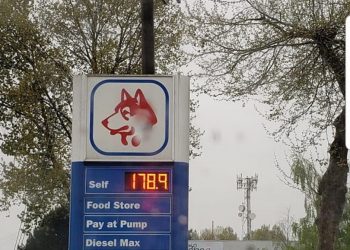 According to a new poll by the Angus Reid Institute, a large number of Canadians are being financially impacted by the high gas prices across Canada.

44 percent of people polled indicate that the rising cost of gas has made it harder for them to afford basic necessities. While those who are struggling to afford gas number at a high of 88 percent of Canadians.

In response Canadians are adjusting their daily habits to compensate for the impact on their wallets.

In total 35 percent of Canadians claimed they have reduced their daily driving in the last three months as a response, while 26 percent have bought less gas, and 18 percent have travelled to another town for fuel, among other things.

With regards to where Canadians lay blame for their gas troubles, nearly 43 percent of people polled blame government taxes such as the carbon tax. On the other hand, 39 percent believe its the fault of oil companies, while only 18 percent cite economic market forces.