Olivier Bailly and his wife (also a judge) were both “swingers” and this partner-swapping led him to post an online offer to solicit his underaged daughter. 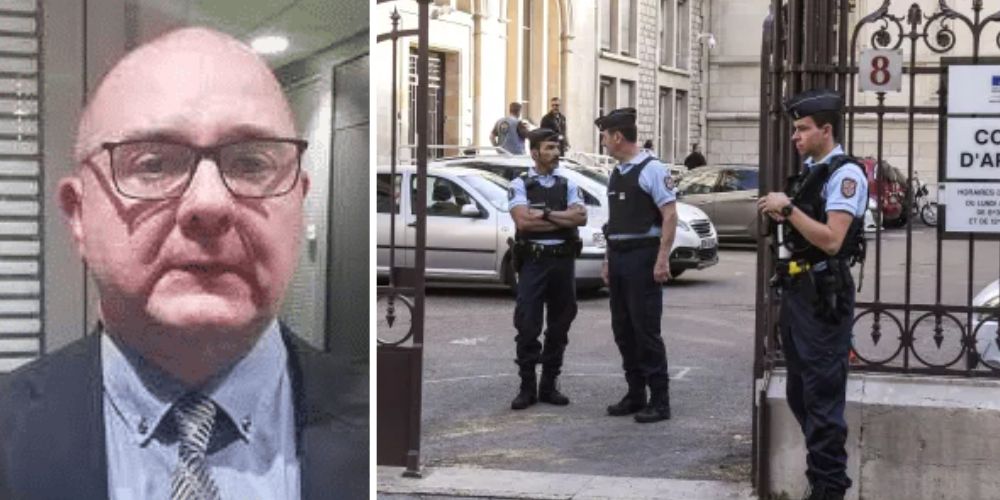 Olivier Bailly was in charge of the family law division of the Dijon court system. But he has been removed after a debacle involving his 12-year-old daughter for sex online became known.

A rundown of the basics was described by The Times. Bailly is a 55-year-old French judge who was the vice-president of the law courts in the capital of Burgundy. He was removed from his position for “conduct causing serious damage” to the judiciary’s image.

It was last month that Olivier Bailly told the courts that “post-traumatic stress” caused him to engage in these sorts of behaviors. Of course in doing so he admitted to the deed itself.

According to the Daily Mail, Bailly presented this argument in a bid to keep his job. "I do not feel really unworthy of this profession, which I love. I think I have been useful and that I can still be useful one day."

Outlets cite the 2007 trial of murder and rapist Pierre Bodein (which Bailly was lead prosecutor on) as the reason for the French Judge’s mental health trauma.

Olivier's wife, Sophie Véjux-Bailly, is also a judge, and the pair of them were "active in partner-swapping circles," according to France 3 television. She was cleared by police as not posting an image of their youngest child in a swimsuit onto the “partner swapping” website.

Police officers went undercover as “interested” in solicitation in order to nab Bailly for the crime. French outlet Liberation says Olivier Bailly was first indicted in June of last year. Europe 1 reports the investigation itself was first opened in Autumn 2019, so it had been ongoing for quite some time.

When authorities interviewed the daughter she denied any sort of abuse or assault by her father took place, per Le Figaro. Bailly is said to have cooperated immediately when confronted about the matter.

Olivier Bailly is free in the meantime, despite the charges against him. No date for his trial has been announced.

The crime of corrupting a minor and trying to “provoke a pedophile crime” carries a potential jail sentence of up to ten years (but the French outlets last year claimed up to seven).