After just 18 issues, DC Comics has decided to pull the plug on Superman: Son of Kal-El, which centred around Jon Kent, the bisexual son of Clark Kent and Lois Lane. 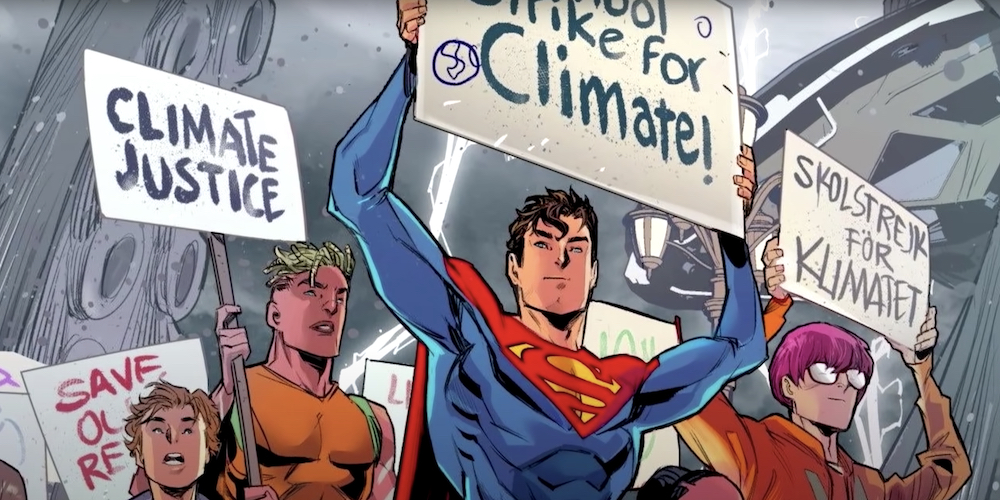 After just eighteen issues, DC Comics has decided to pull the plug on Superman: Son of Kal-El, which centred around Jon Kent, the bisexual son of Clark Kent and Lois Lane.

Jon has not been excommunicated from the DC universe, however. The company said they are currently working on a new miniseries with him set to hit shelves next March.

According to Bleeding Cool, DC made the announcement during Comic Con in New York on Saturday.

"Superman: Son of Kal-El will end with issue #18,” they said, reassuring fans that “writer Tom Taylor and artist Clayton Henry will be telling new Jon Kent stories in Adventures of Superman: Jon Kent.”

In the new 6-issue miniseries series, Jon, still bisexual, “will finally get his chance to take on the man who is responsible for kidnapping and torturing him.”

Taylor noted that he “couldn’t be more excited for Jon Kent to headline the iconic Adventures of Superman,” adding that DC’s decision was “a real testament to the fantastic response of fans to Jon as Superman.”

According to the Daily Mail, however, the son of Superman hasn’t exactly lived up to his dad’s fanfare.

Conversely, when the original Superman series was brought back in 2018, the first issue sold 133,700 copies.

From its inception, Jon Kent was criticized by many for its portrayal of the son of the iconic superhero, as well as its content matter. Old storylines were replaced with Superman Jr. discussing school shootings and taking part in climate change marches.

It wasn’t until the fifth issue, however, that he was revealed to be bisexual, entering into a relationship with a male friend.

Former Superman actor Dean Cain accused DC of “bandwagoning,” citing all the other superheroes that had “come out” as gay in the months previous.

“I don’t think it’s bold, or brave, or some crazy new direction,” he argued. "Brave would be fighting for the rights of gay people in Iran.”