The GSA has informed Joe Biden that the administration is ready to begin the formal transition process, according to a letter from administrator Emily Murphy sent Monday afternoon. 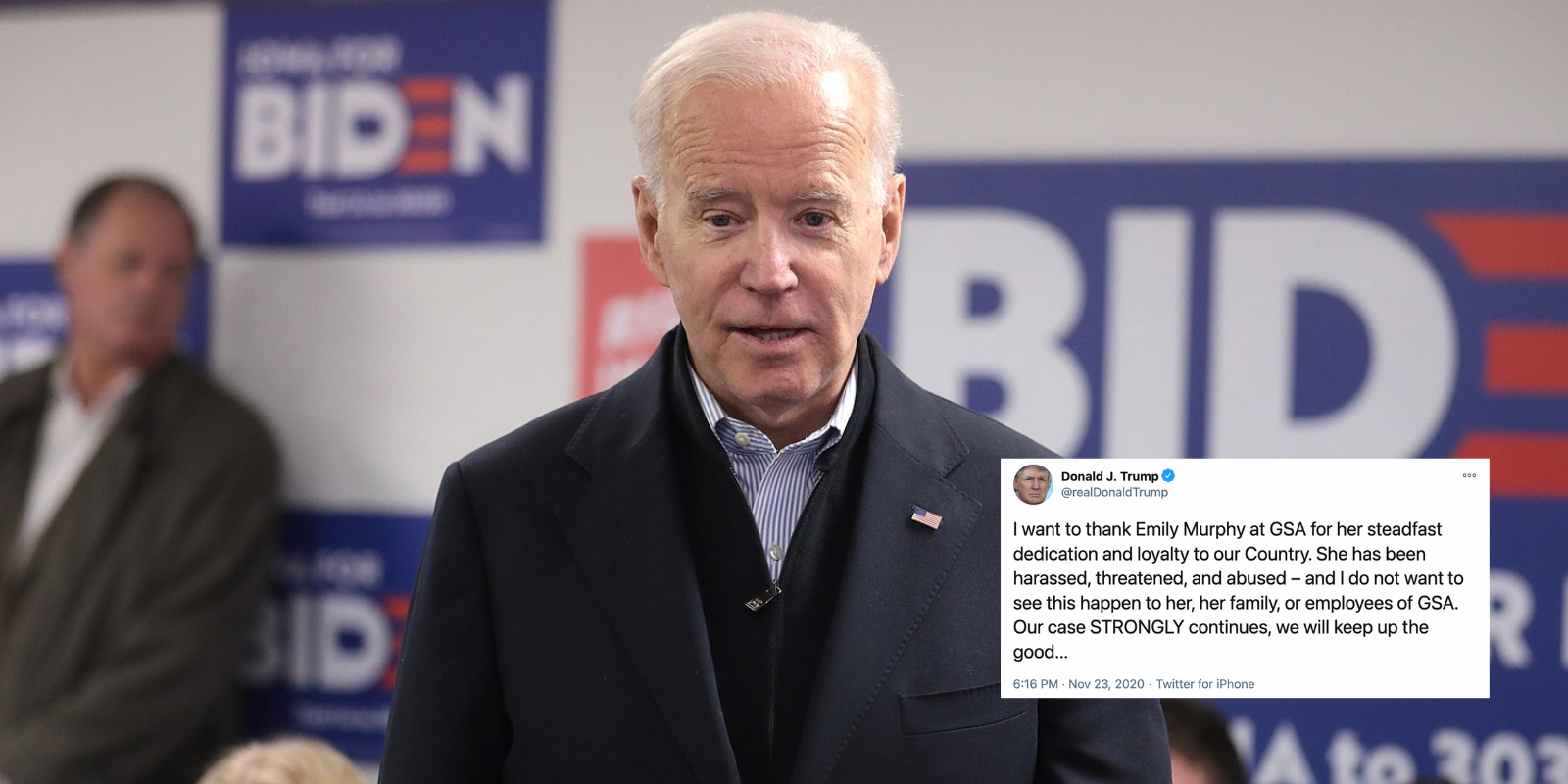 The General Services Administration has informed Joe Biden that the administration is ready to begin the formal transition process, according to a letter from administrator Emily Murphy sent Monday afternoon.

Murphy indicates she was not pressured into either sending or not sending this letter. "Please know that I came to my decision independently, based on the law and available facts," Murphy wrote. "I was never directly or indirectly pressured by any Executive Branch official -- including those who work at the White House or GSA -- with regard to the substance or timing of my decision. To be clear, I did not receive any direction to delay my determination. I did, however, receive threats online, by phone, and by mail directed at my safety, my family, my staff, and even my pets in an effort to coerce me into making this determination prematurely. Even in the face of thousands of threats, I always remained committed to upholding the law.”

Murphy has faced intense scrutiny from Democrats for not going through this process earlier. In some cases, even Republicans have criticized the Administration. According to CNN on Monday, Sen. Rob Portman, an Ohio Republican, said that "there is no evidence as of now of any widespread fraud or irregularities that would change the result in any state" and called on the transition process to begin.

President Trump acknowledged the letter and praised Murphy for her efforts. This is the first significant signal of concession from the President.