"Our battle is far from over. Tonight, the fight for the soul of our state begins to make sure that Stacey Abrams is not going to be our governor or the next president." 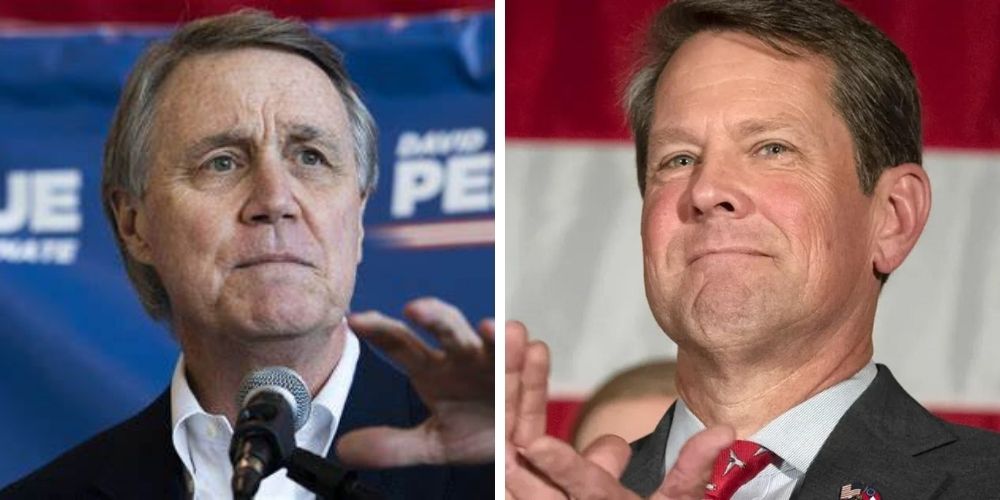 The victory sets up a rematch of 2018’s gubernatorial election as Kemp will face Democrat Stacey Abrams in November, who also won her primary Tuesday night.

Kemp told supporters at the College Football Hall of Fame in downtown Atlanta Tuesday night, "Conservatives across our state didn’t listen to the noise. They didn’t get distracted. They knew our record of fighting and winning for hard working Georgians."

He thanked Perdue for a pleasant phone call earlier in the evening and said regarding his Democratic opponent, "Our battle is far from over. Tonight, the fight for the soul of our state begins to make sure that Stacey Abrams is not going to be our governor or the next president."

Trump’s former Vice President Mike Pence, rallied with Kemp in Atlanta’s suburbs on Monday. Pence told the crowd, "When you vote for Brian Kemp tomorrow, you will say yes to a future of freedom here in Georgia. You will say yes to our most cherished values at the heart of everything we hold dear."

Tuesday was the first Georgia election under a new voting law adopted by the Republican-backed state legislature. Critics of the legislation, including Abrams and President Joe Biden, claimed the bill would lead to voter suppression, especially in the black community and even compared it to Jim Crow.

The office of Georgia Secretary of State Brad Raffensperger told Fox News that as of Friday, there have been nearly 800,000 ballots cast in the state. That record breaking numbers were more than three times that of 2018, and also higher than 2020, a presidential election year, which usually see increased voter turnout.