There have been nearly 800,000 ballots cast in the state. That number is more than three times that of 2018, and also higher than 2020, a presidential election year. 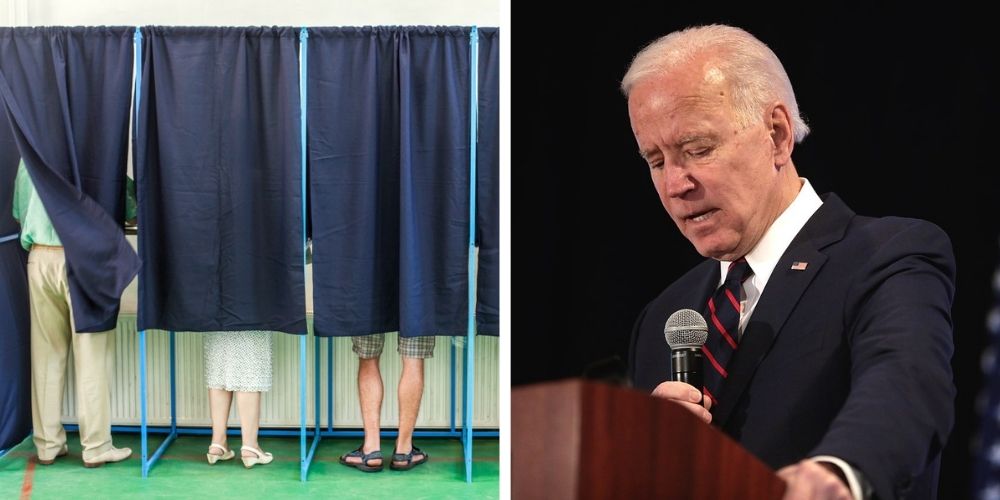 Despite warnings and outcry that Georgia’s voter integrity laws, including voter ID, would deter potential voters from casting their ballots, the state is now experiencing a record-breaking turnout of early voting ahead of Tuesday's primary.

In a Washington Post article outlining the turnout, they said voters came despite the state’s "controversial new election law." The law was cited by the Biden administration as "Jim Crow 2.0," despite it having more provisions for early voting than Biden's home state of Delaware.

In March of 2021, President Biden issued a statement likening the voting law to Jim Crow laws, calling it an "un-American law," and one that constitutes as a "blatant attack on the Constitution."

In response to the law, the MLB moved their All-Star game from the state to Colorado, a move that was blasted by small businesses that profit from the increase in tourists.

One point of the law that gained widespread backlash was the requirement for voters to show a form of approved identification to be able to vote.

Patsy Reid, a black, retired woman told The Washington Post that when she went to cast her ballot nearly, she expected to encounter problems, but was surprised that the whole process went smoothly.

"I had heard that they were going to try to deter us in any way possible because of the fact that we didn’t go Republican on the last election, when Trump didn’t win," Reid said.

"To go in there and vote as easily as I did and to be treated with the respect that I knew I deserved as an American citizen — I was really thrown back," she said. Stacey Abrams, one of the candidates for governor in the state, had pushed the idea that black Georgians specifically would face discrimination after the voting integrity law took effect.

The office of Georgia Secretary of State Brad Raffensperger told Fox News that as of Friday, there have been nearly 800,000 ballots cast in the state. That number is more than three times that of 2018, and also higher than 2020, a presidential election year that usually sees increased voter turnout.

The Washington Post issued a tweet in June of last year stating that the law, signed by Governor Brian Kemp, "imposes a number of restrictions" on voting, attaching an article titled "Expand access? A historic restriction? What the Georgia voting law really does."

In the analysis, it alleged that the law was "likely to make it disproportionately more difficult for poorer voters and voters of color to cast their ballots."

In a New York Times opinion piece written in April of last year titled, "If It’s Not Jim Crow, What Is It?," columnist Jamelle Bouie stated that while the law wasn’t exactly "Jim Crow," "To the extent that it plays at neutrality while placing burdens on specific groups of voters on a partisan (and inescapably racial) basis, it is, at least, Jim Crow-adjacent."

These concerns turned out to be misled and misguided, as voter turnout in Georgia showed no signs of having been suppressed.