Boston is a high-tech, university-focused town, and is also considered by many to be among the more social justice oriented cities in the nation. 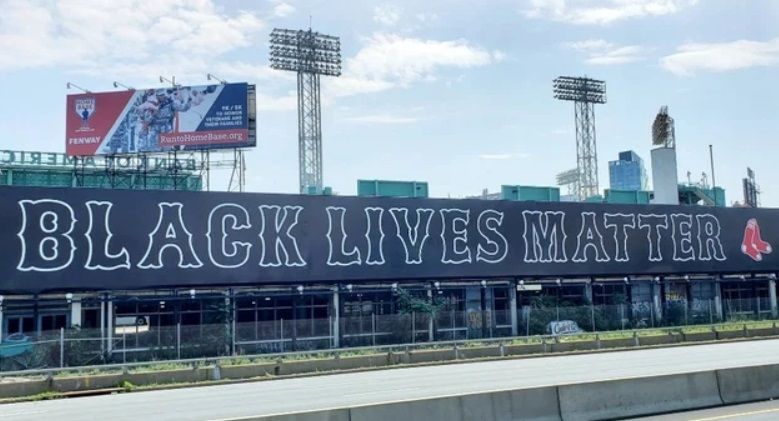 On the evening of the much-anticipated start of the Major League baseball season, the Boston Red Sox organization has taken it upon itself to erect a massive 250 foot long billboard right next to Fenway Park, overlooking the Massachusetts Turnpike, where it is sure to be seen by the majority of Boston area residents.

According to The Hill, this structure appeared yesterday night, marking not only the start of the current season, but also the 61st anniversary of the first game with the Red Sox of Elijah “Pumpsie” Green, the first black player contracted by the team.

It’s not a secret that Sam Kennedy, the standing president and CEO of the Red Sox, is a major supporter of social justice issues, among these, Black Lives Matter.

Ironically, the Red Sox were the last team in the league to integrate a black player on their roster, which was in fact the aforementioned Green.

Boston is a high-tech, university-focused town, and is also considered by many to be among the more social justice oriented cities in the nation.

There is support for Black Lives Matter all over the Major League this year, it seems. This past week has seen several players from different teams take a knee during the national anthem played before exhibition games.

Famously, during the game between the San Francisco Giants and the Cincinnati Reds, the manager of the Giants, Gabe Kapler, also took a knee. This is the first incidence of a manager doing so in major league sports.