It appears that GoFundMe does not think Rittenhouse is deserving of a defence, but that Antifa militants are. 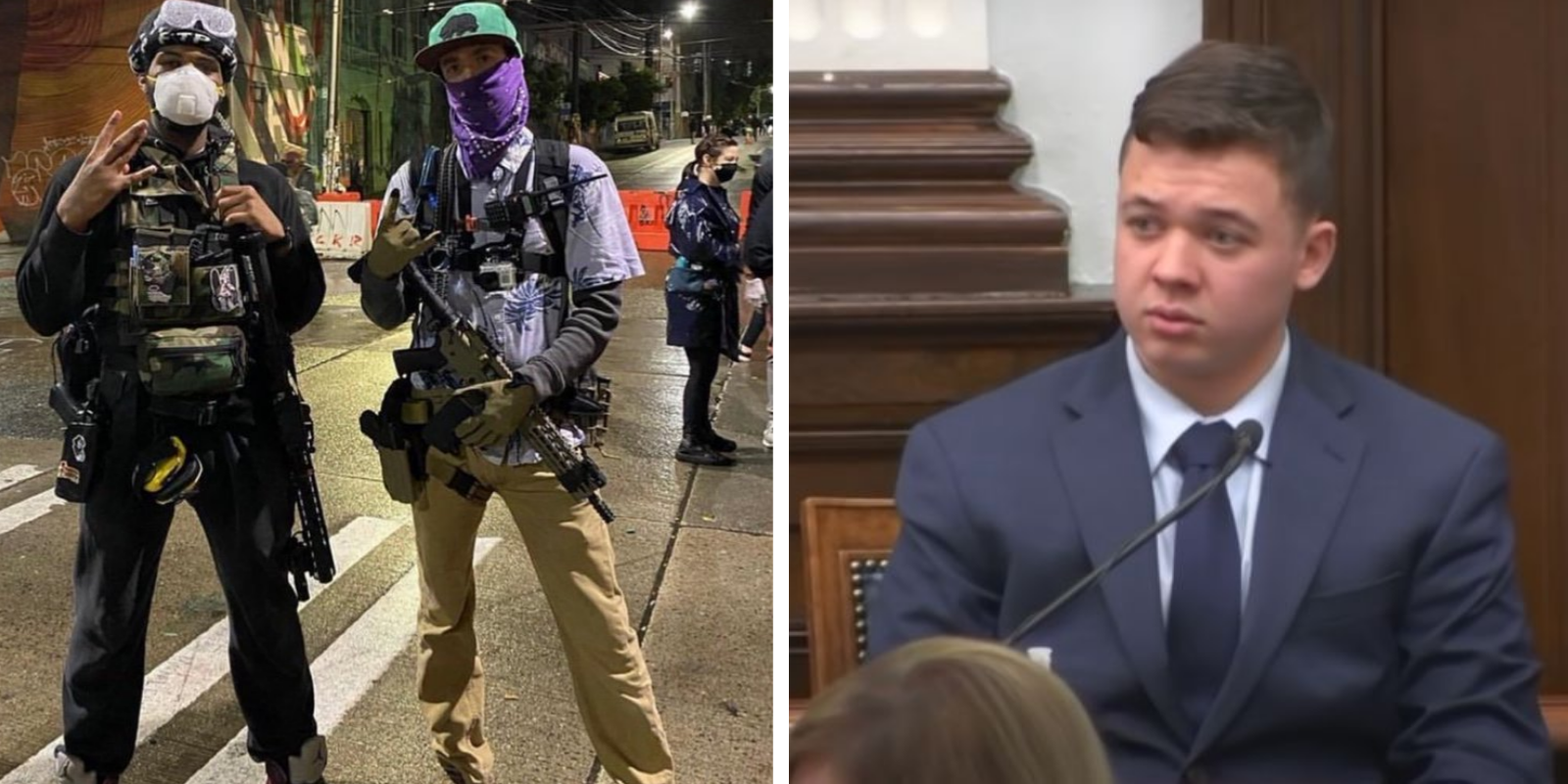 Kyle Rittenhouse was found not guilty of all charges in November 19, 2021.

GoFundMe is a crowdsourcing platform that many people often use to get help paying for medical and legal expenses, but the administrators of the site don't let just anyone use it. The rules are different for radical leftists than they are for conservatives.

When supporters of alleged Kenosha shooter Kyle Rittenhouse launched a GoFundMe to help with his legal defense fees, the site admins took the campaign down and refunded the donations. It appears that GoFundMe does not think Rittenhouse is deserving of a defence, but that Antifa militants are.

The site told The Washington Times that the campaigns for Rittenhouse violated their terms of service. The site's terms of use prohibit "activity that GoFundMe may deem in its sole discretion to be unacceptable."

While it deemed a defense of Rittenhouse as unacceptable, and touts itself as "The most trusted free online fundraiser platform," GoFundMe has no problem hosting crowdfunders for rioters who brought Molotov cocktails to riots.

In June, a crowdfunder for legal fees was launched for Zachary Alexander Karas of San Diego. Karas was charged by the Department of Justice with "possessing incendiary devices known as Molotov cocktails at a protest that began on May 30th in La Mesa."

The charges filed by the DOJ stated that Karas, along with his girlfriend Kali Braj Jonkuet, were engaging in a protest in La Mesa. Fires had been set, and property damaged, when officers instructed the crowd to disperse. Karas did not comply with the order.

It was after he was arrested and officers found two molotov cocktails in his possession, as well as fireworks. An ATF special agent inspected the glass bottles, containing gasoline and a wick, and "found them to be functioning incendiary devices."

GoFundMe had no problem hosting the campaign for Karas, and donated $150 to the campaign themselves. Karas and his molotov cocktails "touched" The GoFundMe Team, as reported by AntifaWatch.us.

GoFundMe allowed crowdfunding campaigns in support of violent Portland rioters, as well. They were not concerned about promoting violence and property destruction.

The platform allowed a campaign to proceed for self-appointed security forces during the occupied protest in Seattle earlier this summer to restock their supply of weapons after some were stolen.

A fundraiser launched to feed Portlanders during the COVID-19 pandemic was revealed to be a scam though over $100,000 was raised by the “PDX COVID-19 Mutual Aid Network Fundraiser.”

In Minneapolis, after rioters took over a hotel, they ran a GoFundMe to turn the hotel into a “mutual aid community care resource.” It raised nearly $250,000.

Crowdfunding campaigns for vandals, thieves, and violent rioters have all been approved by GoFundMe. But for those who do not fit with the appropriate leftist narrative, their chances of having their funding authorized is a much harder sell.

A 17-year-old stabbing victim in Ireland had his GoFundMe taken down. The young man was walking with his girlfriend when he was approached by a group of other youths, struck over the head with a bottle, and stabbed in the back.

A video of the brutal attack went viral online.

Afterwards, Irish journalist Gearoid Murphy launched a GoFundMe, and was surprised when it was taken down after a substantial sum had been raised. It was unclear as to why it was removed, but there were suspicions that it was a race-motivated disallowance of the crowdfunder.

Australian Rugby player Israel Folou had a GoFundMe to help with legal fees after he was released from his contract over allegedly homophobic remarks on social media.

GoFundMe explained their reasons for disallowing the fundraiser and giving the money back to donors, saying that the “campaign violates our terms of service.” Over $1 million had been raised at the time the campaign was pulled.

In removing Folou’s campaign, GoFundMe made a judgement on his claim and the charges against him, deciding, without any due process, Folou was guilty as accused and not deserving of the ability to raise fund to mount his defense.

A police officer in South Carolina, Michael Slager, who was charged with murder had a GoFundMe to help pay for his defense in 2015.

This was pulled by the site, which had come under social media fire after allowing a crowdfunder for Ferguson  Officer Darren Wilson.

Political pundit Candace Owens launched a GoFundMe for a cafe owner in Alabama who criticized the protests and violence surrounding George Floyd’s death. After he made the remarks online, employees quit and patrons boycotted. Owens had sympathy for the man, but GoFundMe had none for her, and removed the campaign from their site.

GoFundMe is not the only platform to disallow Rittenhouse legal defense fundraisers. Credit card company Discover has decided to discontinue their allowing their credit card holders to give money to the GiveSendGo platform, which was used to launch a campaign for Rittenhouse's legal defense.

Yet they appear to be perfectly okay with allowing their credit card holders to donate in support of a man who is alleged to have thrown bricks at police officers during riots in Pittsburgh.

GoFundMe is doing more than adhering to their arbitrary terms of service, they are making judgements on the validity of individuals need to launch a defense. If a person is assaulting cops, buying guns to occupy a portion a land in Seattle, or carrying molotov cocktails, GoFundMe deems them worthy of funding for their legal defense or other needs.

Anyone who doesn’t align with the leftist talking points, apparently, does not.

The Post Millennial reached out to GoFundMe for comment, but we have not heard back by the time of publication.