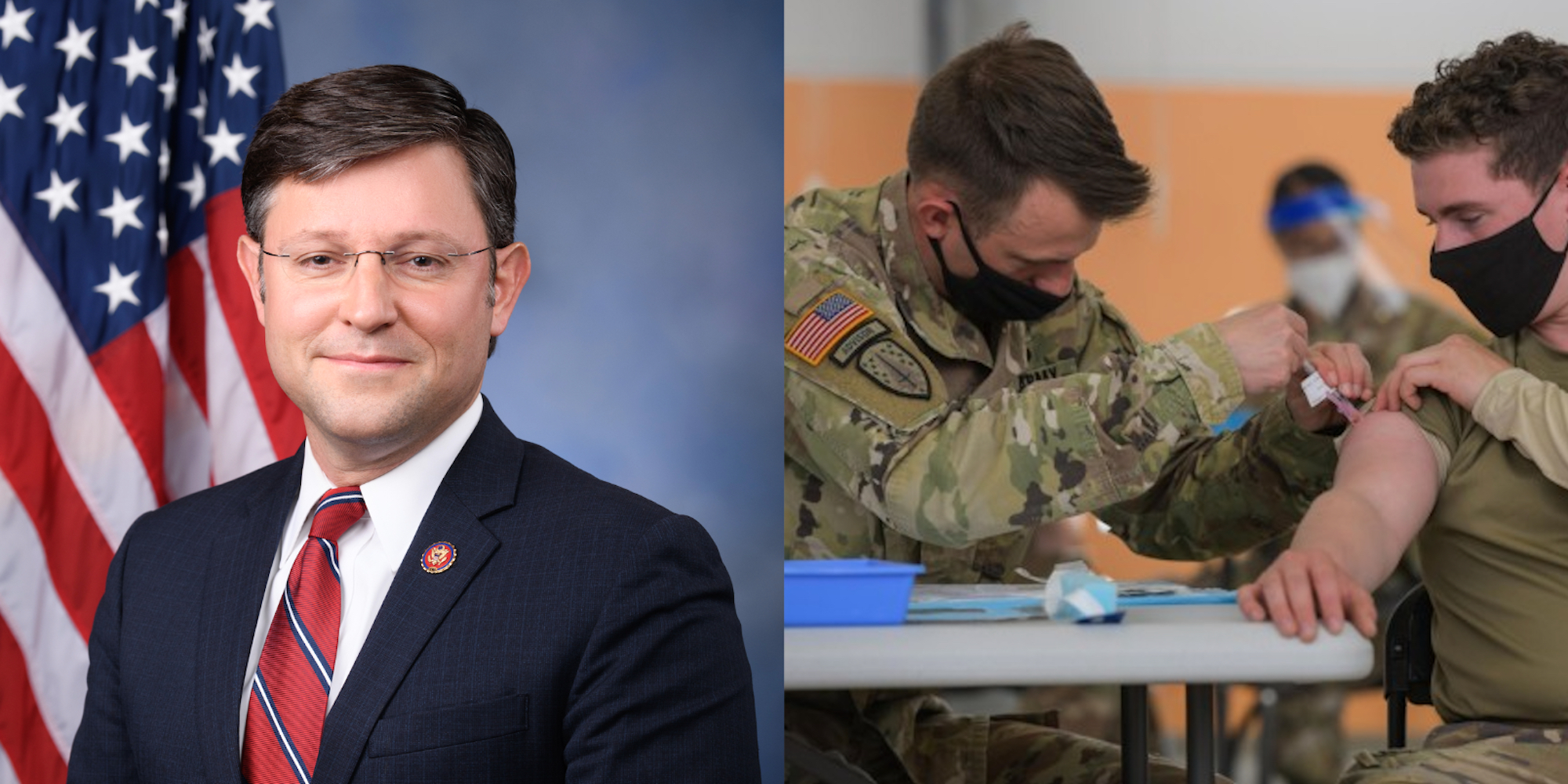 With the deadline to comply fast approaching, Johnson has called attention to the consequences enforcement of the mandate might have.

"@SecDef's COVID vaccine mandate is causing major damage to the readiness of our Armed Forces," he wrote on Twitter, "particularly our Army."

Nearly 13 percent of the National Guard has not yet been vaccinated, with that number rising to between 20 and 30 percent in some states. Around 10 percent of Army Reserve forces have also not yet gotten the jab.

He pointed out that the army has met only 40% of its recruiting target for the 2022 fiscal year, which ends September 30, despite mixing certain requirements, including the need for a high school diploma or GED.

"Over 40% of 18-24 year old men have refused the COVID vaccine," he added. "This is the Army’s target demographic. In the Southern U.S. — which produces nearly half of enlistments — the proportion of unvaccinated young men is even higher."

"The Biden Administration is destroying the readiness of our Armed Forces by creating an unnecessary recruiting and retention shortfall, and trying to make up the difference by lowering other crucial education and fitness standards."

Johnson called on Austin to take action, arguing that, "Until @SecDef withdraws, delays, or modifies the vax mandate, or begins rapidly granting more exemptions, our military will have to continue lowering recruitment standards—degrading the readiness and professionalism of our Armed Forces."

As CBS reports, despite numerous requests from politicians, Austin has remained steadfast in his belief that the mandate is necessary.