DeSantis announced that Florida would be leading 20 others in a multi-state lawsuit against the Biden administration in regards to their "unlawful" public transportation mask mandate. 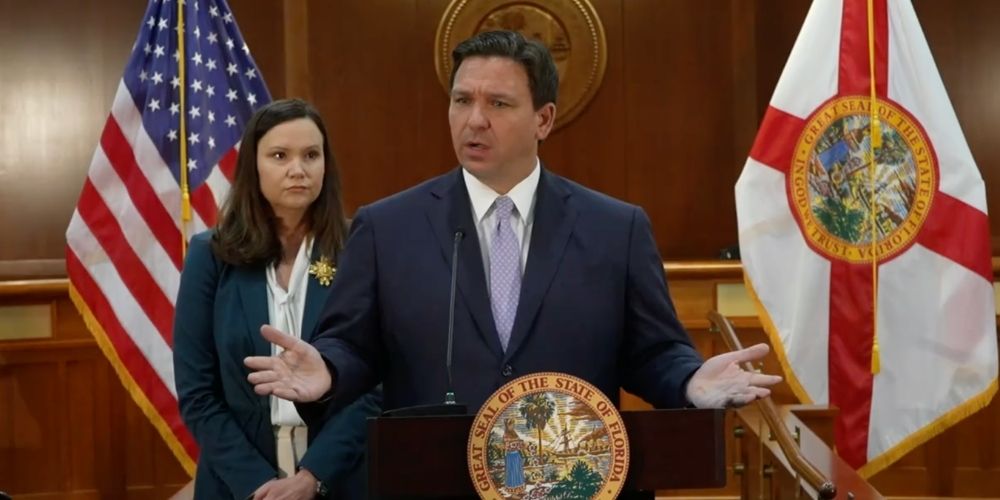 On Tuesday, Florida Governor Ron DeSantis, alongside Attorney General Ashley Moody, announced that the state would be leading 20 others in a multi-state lawsuit against the Biden administration in regards to their "unlawful" public transportation mask mandate that was recently extended into next month.

"Florida has led the nation in standing up to misguided federal government policies and fighting back against heavy-handed mandates that have no scientific backing," said Governor Ron DeSantis in a press release. "If politicians and celebrities can attend the Super Bowl unmasked, every US citizen should have the right to fly unmasked. It is well past time to get rid of this unnecessary mandate and get back to normal life."

"This rule this order is completely outside the bounds of the scope of federal power as we have argued successfully in numerous other cases. The CDC and the federal government and the Biden administration never had the power to issue this order originally," said Moody in a press conference.

"And now we are seeing that almost 75 percent of these unruly, sometimes violent incidents are based on this unlawful mask mandate," she added.

Moody continued on to state that those frustrated with the travel mask mandate have been "taking it out on the employees that are charged with enforcing this rule that they have to wear a mask when it it an unfounded rule and order."

Speaking just before Moody, DeSantis said the rule is "not something that's grounded in any science," using the example of someone who sits in a window seat and eats for the duration of the flight not having to wear a mask, while someone next to them wanting to read a magazine without one on has to wear their mask.

"And it's turned the airlines into having to police this. It's created a lot of unruly passenger situations because it's so frustrating for people. And so this is something that I've been opposed to for a long time," said DeSantis.

The lawsuit seeks to end the transportation mask mandate, which has been extended through April 18.

It reflects similar action taken by Texas in February, in which Attorney General Ken Paxton, alongside the Texas Public Policy Foundation (TPPF) on behalf of Congresswoman Beth Van Duyne, sued the Biden administration for its "illegal mask mandate for airlines and airports."