Gov. Kristi Noem refuses to accept illegal migrants in South Dakota, 'Call me when you're an American'

Republican Governor Kristi Noem announced Wednesday that South Dakota will not accept illegal migrants crossing into the US during the Biden administration’s border crisis. 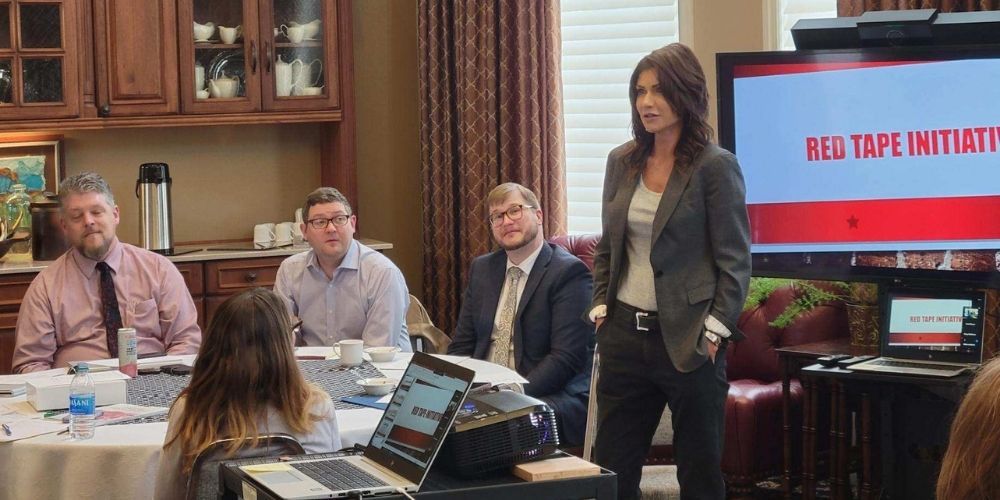 Republican Governor Kristi Noem announced Wednesday that South Dakota will not accept illegal migrants crossing into the US during the Biden administration’s border crisis.

The post was a response to multiple media reports that the Biden administration is seeking to fly migrants from the southern border to northern and coastal states.

This follows the lead of South Carolina Republican Governor Henry McMaster issuing an executive order on Monday forbidding unaccompanied migrant children to the state's foster homes and other facilities in the state by the Biden administration.

Earlier this month, Iowa Republican Governor Kim Reynolds rejected a request from the federal government to accept migrant children into the state. The surge has overwhelemd the Border Patrol and federal facilities.

The Biden administration is also facing lawsuits over its border policies including lawsuits from Texas and Missouri after ending the Trump-era migrant policies and adding costs to the states who are forced to deal with the fallout from Biden’s policies.

According to the Department of Homeland Security, 172,000 people, including 19,000 children, attempted to cross into the US from Mexico illegally in March, the highest single-month total in 15 years.

Vice President Kamala Harris, was appointed to oversee the crisis 21 days ago and still has not been to the southern border. However, it was announced this week that she will soon make a trip to the Northern Triangle and Mexico.