“Earlier today, the Texas Health and Human Services commission and Texas Department of Family and Protective Services, separately received tips that alleged child abuse and neglect at the San Antonio migrant facility. These products are a bi-product of President Biden’s policies.” 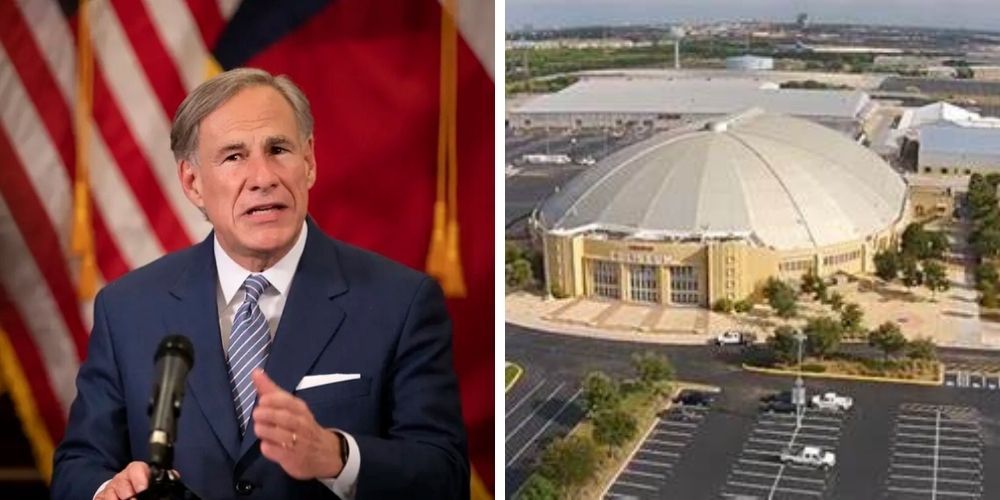 Texas Republican Governor Greg Abbott announced Wednesday that he had ordered an investigation after two state agencies received tips alleging that children have been sexually assaulted and neglected at a federal migrant overflow facility in San Antonio. Abbott also called on the Biden administration to close the facility immediately and described the situation at the facility a "health and safety nightmare."

The tips were received by the Texas Health and Human Services Commission and the Texas Department of Family and Protective Services regarding the Freeman Coliseum, where over 1,300 unaccompanied migrant minors are being held.

During a press conference at the site Wednesday Abbott said, "Earlier today, the Texas Health and Human Services commission and Texas Department of Family and Protective Services, separately received tips that alleged child abuse and neglect at the San Antonio migrant facility. These products are a bi-product of President Biden’s policies."

The allegations allege sexual assault of children, children positive for COVID not being separated from the others who have tested negative for the virus, children not eating during the day and not enough staff at the facility to supervise the children.

Abbott also announced that he is directing the Texas Rangers and the Texas Department of Public Safety to investigate the allegations.

The surge began following President Joe Biden’s reversal of a number of border policies from the Trump administration, including pausing the construction of the border wall and halting the "Remain in Mexico" policy—which required asylum-seekers to stay in Mexico while awaiting immigration proceedings. The administration also resumed the "catch and release" program and also stopped expelling unaccompanied minors from the country.

Though White House press secretary Jen Psaki said that, "The last administration left us a dismantled and unworkable system," the administration has begun quietly reimplementing some of the Trump era policies such as construction of the border wall in response to the surge of migrants at the southern border.

Three new overflow facilities for unaccompanied minors have been announced to try and handle the surge in illegal immigrants. Currently, children are being held longer than the 72 hours allowed by law because of the high influx of unaccompanied minors.

According to CBP data, in February alone, 100,441 illegal migrants were apprehended who crossed the southern border illegally. The number of illegal migrants arrests have spiked more than 96 percent from the previous year.