According to the spokesperson, Newsom did not dine at the restaurant. However, eagle eyed social media pundits noticed that behind the Governor was a table which appeared to have food and beverages and Newsom was allegedly inside the restaurant for over an hour. 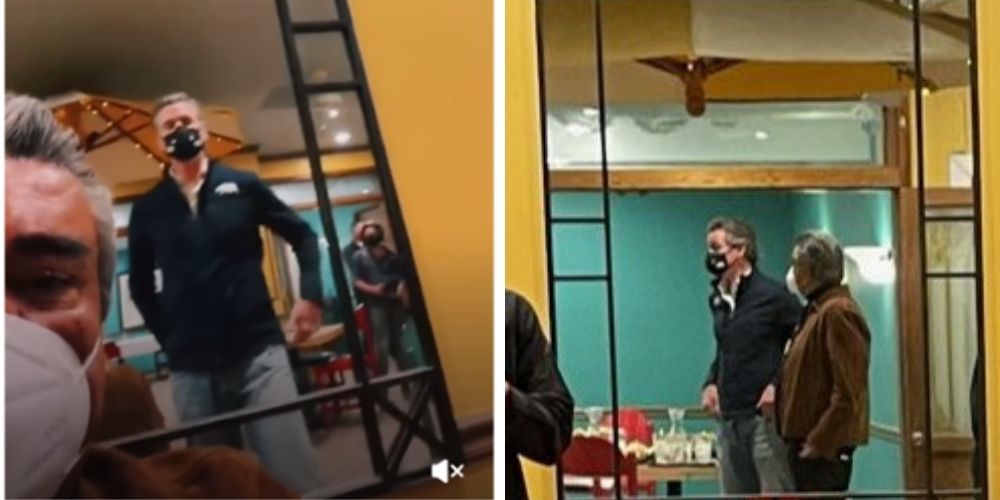 California Democrat Governor Gavin Newsom appeared in a video with comedian George Lopez, which was taken at a restaurant in a California county where indoor dining is prohibited.

A spokesperson for Newsom told Fox News he was there to to meet with the restaurant's owners who received a relief grant. According to the spokesperson, Newsom did not dine at the restaurant. However, eagle eyed social media pundits noticed that behind the Governor was a table which appeared to have food and beverages and Newsom was allegedly inside the restaurant for over an hour.

In November, Newsom was caught dining indoors without a mask at the high-end French Laundry restaurant in Napa with member of the California medical advisory board in violation of his own restrictions that Newsom had placed on California restaurants.

Newsom posted the video taken with Lopez inside the Los Amigos restaurant to his Tiktok account on Friday to promote hoe to look for vaccine eligibility.

Los Amigos also posted a separate video on their Facebook page with Lopez which did not feature Newsom.

The restaurant is located in Fresno which is in the Golden State’s most restrictive purple tier, which does not allow for indoor dining.

A multi million dollar recall effort against the Governor began as a response to Newsom’s handling of the coronavirus pandemic and gained momentum following the meal at the French Laundry and after Newsom ordered a second lockdown in response to a surge in COVID cases. Newsom's orders closed businesses around the Golden State but left an exemption for Hollywood production to continue.

Organizers claim to have collected over 1.8 million signatures but are looking to get more to offset the ones that are inevitably rejected as part of the verification process. Organizers of the recall need 1.5 million verified signatures by March 17.

President Joe Biden's press secretary Jen Psaki said earlier this month that Biden opposes the recall effort against California Democrat Governor Gavin Newsom. Psaki said the President and Newsom have a "range of issues they agree on ranging from climate change to the COVID crisis" and that Biden "clearly opposes any effort to recall" the California governor.