GRENELL: Biden has said he would destroy the Nord Stream pipeline

"Joe Biden has been clear that he wanted to destroy the pipeline," Richard Grenell told Charlie Kirk. 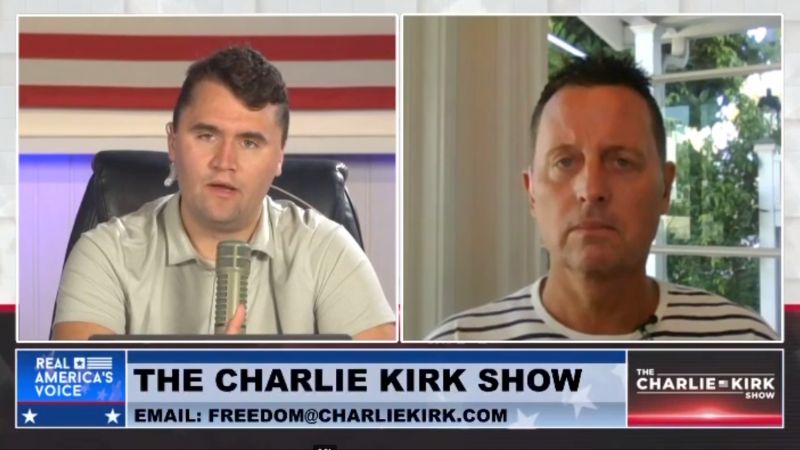 Hannah Nightingale Washington DC
Sep 28, 2022 minute read
ADVERTISEMENT
ADVERTISEMENT
In a Wednesday interview with Charlie Kirk, former Acting Director of the United States National Intelligence Richard Grenell discussed the leaks in the Nord Stream pipelines, noting that Biden had previously said that he would "bring an end" to the pipeline in Russia invades Ukraine.

When asked by Kirk whether it made "rational sense for Russia to destroy their own pipeline," Grenell said that he is "very skeptical of Russia."

"I don’t believe Putin," he added. "I’ve been on the record as being very anti-Russia."

"That clip is out there, where he has said that he was going to destroy the pipeline, and he’s even kind of dared and said, you know, mark my words."

The clip Grenell referenced to showed Biden speaking before the Ukraine invasion by Russia, warning of consequences for the nation if they continue forward.

"If Russia invades, that means tanks or troops crossing the border of Ukraine again, then there will be — there will be no longer a Nord Stream II. We will bring an end to it."

"That doesn’t really instill confidence in the American government’s handling of this," said Kirk.

"Well, not only that, I think the media are shameless for not pushing back and saying wait a minute, you're the one who dropped the sanctions here. You're the one who created this active pipeline, and now suddenly, we've got these problems," Grenell responded.

He continued on to state that, "look, the reality is it never should have gone forward."