"I'm not actually mad at Greta," Tate said. "She's been programmed, she's a slave to the matrix, she think's she's doing good." 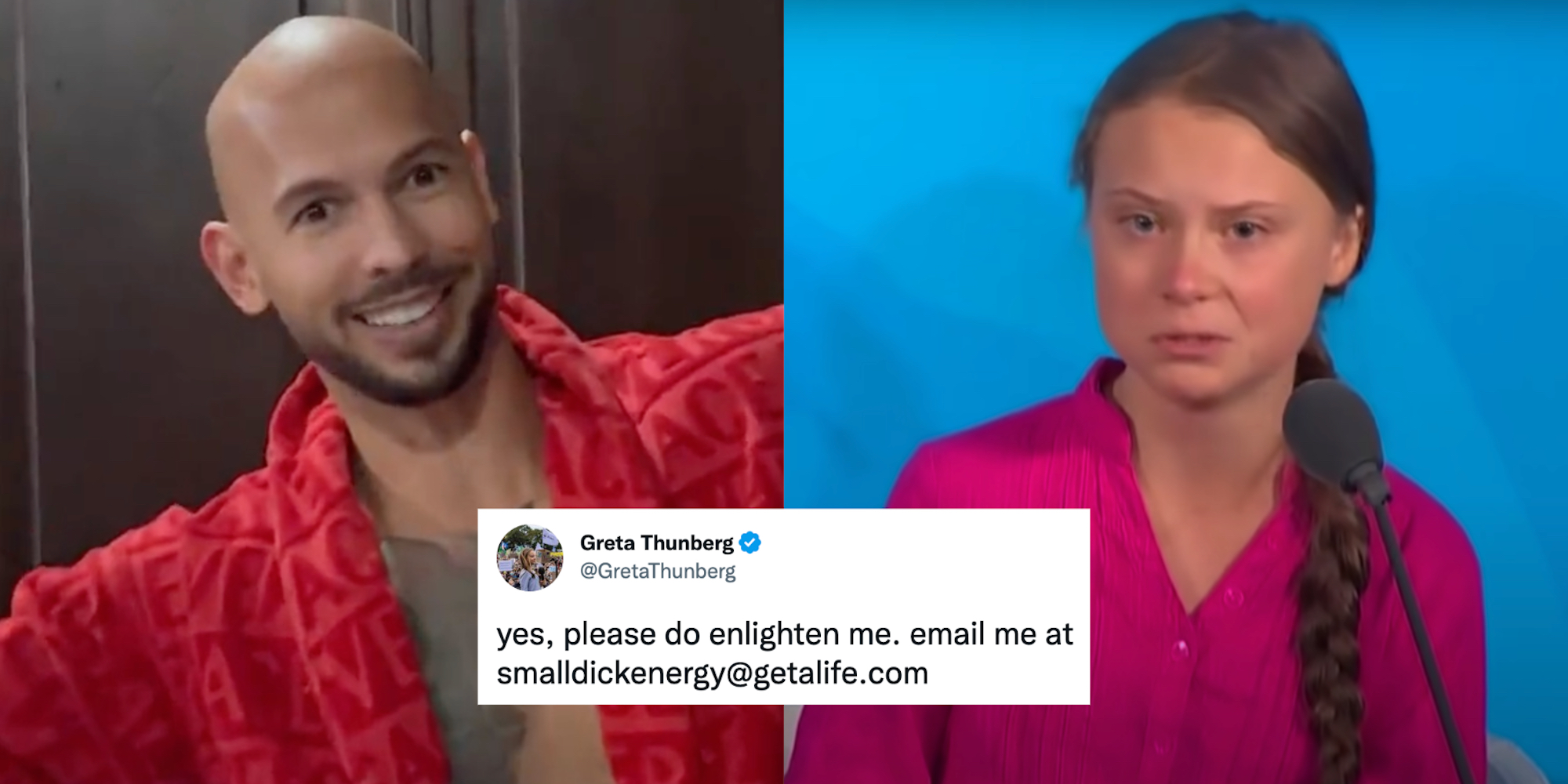 Instead of suggesting that Tate had a small penis, Thunberg inadvertantly revealed that she, herself, suffered from "small dick energy."

On Tuesday, Tate took to Twitter to show Thunberg and her climate activist buddies just how little he cared about their calls to stop using fossil fuels.

"Please provide your email address so I can send a complete list of my car collection and their respective enormous emissions," he asked.

"yes, please do enlighten me," Thunberg replied. "email me at smalldickenergy@getalife.com."

Many were quick to point out that Thunberg's tweet, which has been viewed nearly 100 million times, did not succeed in the way she intended.

"Why would that be your own email address, Greta?" Tate asked in a video addressing the incident. "Obviously I don't wanna assume her gender; it's 50/50, but it is what it is."

"I'm not actually mad at Greta," he continued, "because she's been programmed, she's a slave to the matrix, she think's she's doing good."

He suggested that the fact Thunberg views his tweets would make his account "far more fun into eternity."

"People are acting like this is the greatest insult of all time and pretending not to notice that she completely fumbled it by saying that this is her own email address," added the Daily Wire's Matt Walsh.

"Oh you want to email me? Well you'll have to send it to this embarrassing email address of mine. Ha! Owned!"