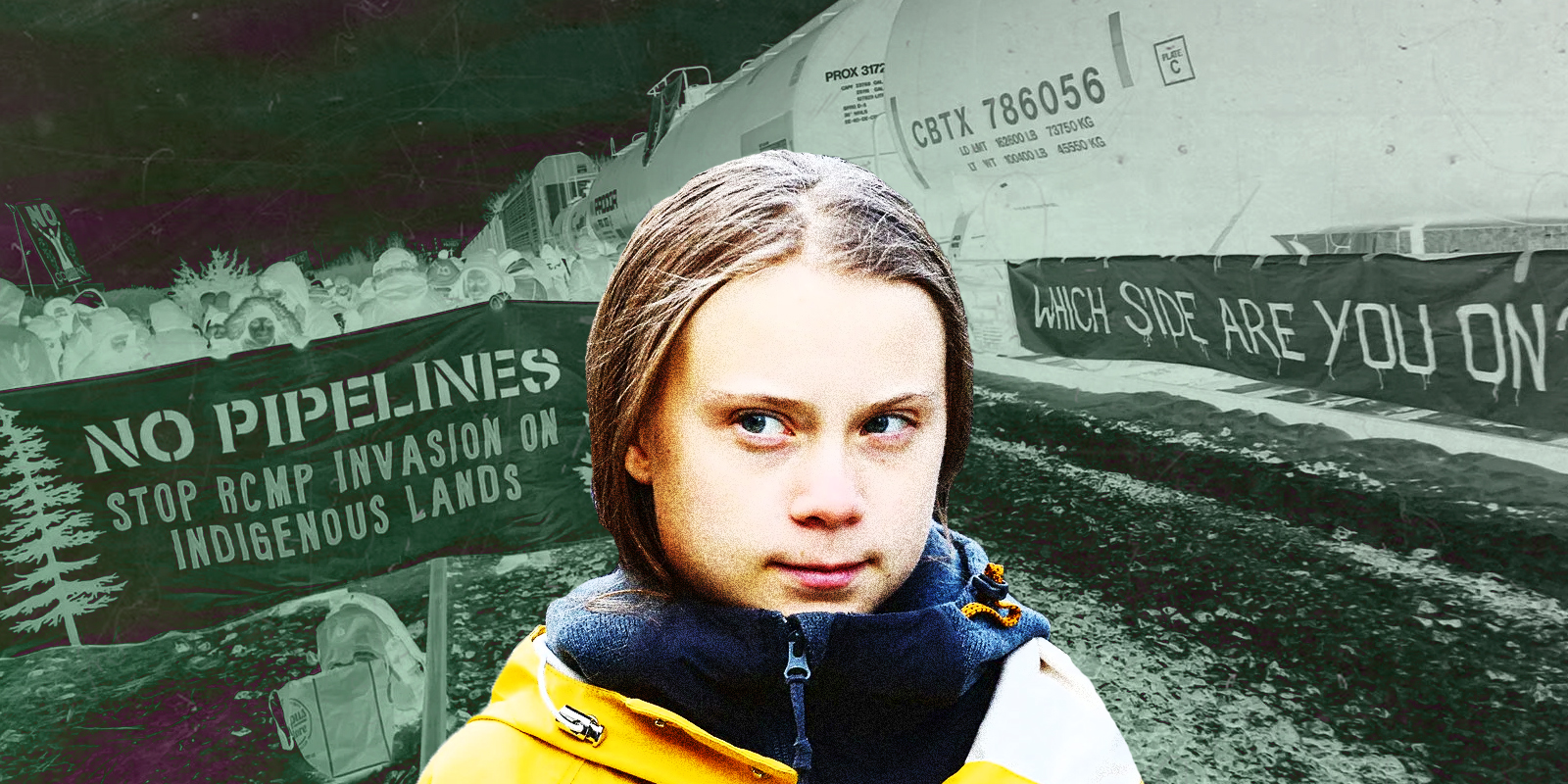 On Tuesday she tweeted, “Support the Wet’suwet’en Nation and the pipeline protests happening now in Canada! #WetsuwenStrong.” Thunberg included a link to a “Wet’suwet’en Supporter Toolkit.”

The toolkit speaks of “revolution” and claims that reconciliation is dead: “The Wet’suwet’en have been violently invaded and ripped from our ancestral lands, sparking a REVOLUTION. Reconciliation is dead. The time is NOW to recognize indigenous sovereignty around the world! We are asking for folks to continue, harness the power of this catalyzing moment, create sustained action in solidarity, and #ShutDownCanada!”

Many Canadians were unimpressed including prominent conservative pundit Stephen Taylor who pointed out the negative affects these continued protests are having on the environment. “Thanks to the rail blockades, I’ve been flying more. So… win?”

The protests and blockades throughout Canada are a response to the raid of an anti-pipeline camp in northern British Columbia that was set up to oppose the building of the Coastal GasLink pipeline on Wet’suwet’en territory.

Despite the protests, the Wet’suwet’en Tribal Council and the majority of hereditary chiefs support the pipeline project.