“We currently have a vice-chief of defence staff and he will remain in place,” said Sajjan. 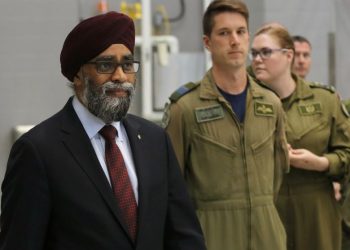 Vice Admiral Mark Norman requested that the Department of Defense give him his former Navy job back after the breach of trust charges against him were dropped by crown prosecutors.

“I believe that for me and for the Canadian Armed Forces the best choice would be for me to go back into my former position,” Norman told journalists.

Norman’s former job was as the high ranking position of vice chief of defense staff .

However, the Minister of Defense Harjit Sajjan has claimed that since the job is already occupied by somebody else, Norman will not be returning to his former position.

“We currently have a vice-chief of defence staff and he will remain in place,” said Sajjan.

While the possibility for Norman to get his former position back looks bleak, General Jonathan Vance will be meeting with the Vice Admiral to discuss an alternative position for his return to the Navy.