In the areas of these three public health crises: COVID-19, racism, and climate change, discourse is being shut down. 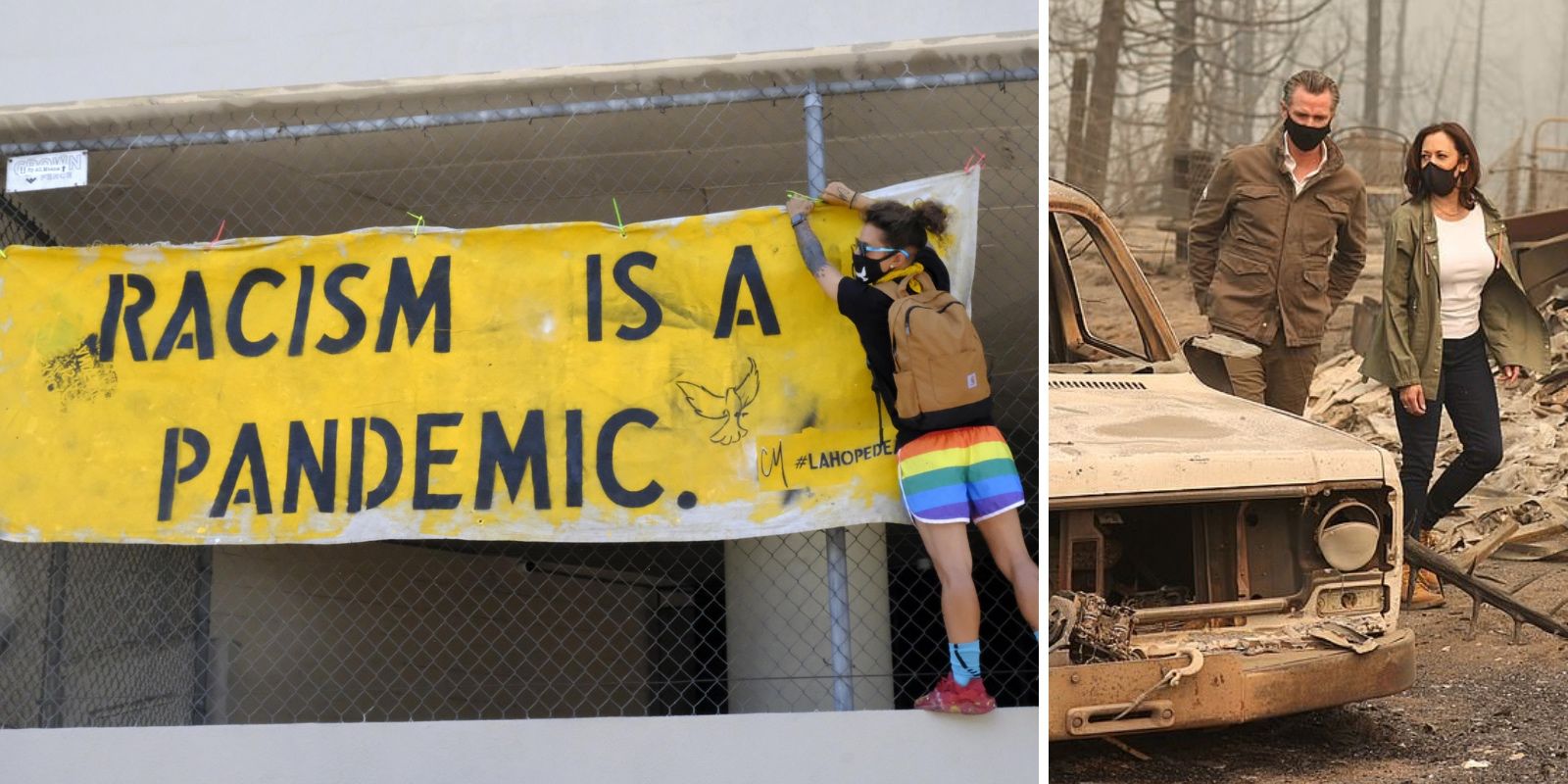 Speaking to California Governor Gavin Newsom in the wake of the the Creek Fire near Fresno, Vice Presidential hopeful Kamala Harris declared that the climate crisis is a "public health crisis." Along with COVID-19 and racism, that makes three public health crises so far this year.

"When we're talking about the climate crisis, we are talking about a public health crisis," Harris said. Ash fell from the sky while she and Newsom stood near the remains of a home, and a burned out playground.

"Sadly, these wildfires and the devastation they cause are utterly predictable, especially in residential areas," Harris said. She went on to describe the weather conditions that she believes are a result of climate change, intimating that a Biden Harris administration would do better than the current one to "mitigate against the damage" of climate change.

Perhaps her first step in so doing is to term the climate change a "public health crisis."

So far this year, there have been two stated public health crises, and now we have a third. The declaration of COVID-19 contagion as a public health crisis enabled lawmakers to drastically slash Americans' civil rights. School, church and work was cancelled. We were told to go in our homes and stay there and let the experts tell us when there was the all-clear.

The all-clear has still not come in many parts of the country. Many businesses could not weather the public health crisis, and shut down permanently, taking jobs and resources along with them.

As the COVID crisis entered its 10th week we were introduced to racism as a public health crisis, which brought new protocols along with it. These included permission for people who were going to protest racism to leave their homes and crowd into the streets. If you were not protesting racism, you were meant to stay home.

However, it has also been made clear by those protestors in the streets that if you are not protesting racism, and instead continuing to follow the protocols of the previous health crisis, you are probably also a racist, because "silence is violence." The point has also been made that "speech is violence," but if you're following along, you're probably already aware that none of this makes any sense.

Now the Democrats are pivoting back to the climate crisis, and in so doing, they are declaring it a public health crisis. The only problem is, this is a crisis that Biden pridefully says he has been working on since the 1980s, that's about 50 years, which makes it a bit of a slow-moving public health crisis. If this public health climate crisis is expected to continue its slow creep across the decades, then we will not be asked for 15 days to flatten the curve, as we were with coronavirus. We will not be asked to strain our credulity into thinking that the public health risks of public protest pale in comparison to the need to avoid contagion.

Instead, it is likely that the measures to contain the public health crisis of climate change will severely curtail civil liberties further and be substantially long lasting. Federal mandates for renewable and sustainable energy resources will be pushed through and virtue-signalling plastics bans, and emissions decrees will take effect, and these are just the plans coming from the Biden Harris platform.

If the climate crisis is declared a public health crisis, what would stop lawmakers from making broad, sweeping changes that impact every American and decimate their way of life?

We have seen that are protocols for dealing with a public health crisis, not only in governmental action but in mandated media narrative, and they have not been great for actual American lives.

Those who go against the expert-driven story of how coronavirus is contained and the importance of doing as we're told get censored.

Those who speak out against the BLM protest movement as being an effort to create socialism in the US are censored.

Those who say that wildfires could be caused by something other than the ongoing climate crisis are censored.

Because these things are classed as public health crises, they are considered too grave and important for anyone to either have or profess an alternative idea about them. In the areas of COVID-19, racism, and climate change, discourse is being shut down.

When politicians make claims that a social circumstance is severe enough to be merited a public health crisis, gears click into place across the spectrum of both policy and discourse. Harris uses the term to gain gravitas for her cause, but the lives and livelihoods that are at stake, as we have learned from the other two public health crises this year, are far too real and essential to be toyed with just for a talking point to add to her progressive narrative.