Montrealer who saved pedestrians from a speeding car was honoured by the city on Tuesday. 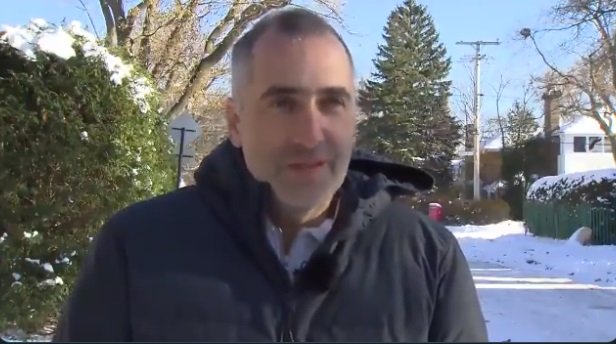 Marciano, a 48-year-old father-of-three told CTV News that “I figured I had to act,” after he saw the vehicle speeding towards the defenseless pedestrians. His mind immediately went to the terrible stories in Europe of drivers running over pedestrians and he rushed to act to prevent the same thing from happening in Montreal.

Marciano proceeded to honk his horn and put his SUV in front of the speeding driver before managing to get out of his car moments before the collision. The 19-year-old suspect who Marciano managed to stop was arrested and is now facing charges for his role in the incident.

Marciano, a general contractor has been incredibly humble about the incident, telling CTV It was just a natural thing to do, and if I had to do it again, I would do it again.” His wife Michelle commented on his modesty and selflessness at the ceremony honouring her husbands deed “He’s always thinking about others and always puts himself before others, so it’s just something he does.”

Marciano was given a certificate of honor by mayor Valérie Plante, telling journalists, “To commit such a bold act, at the risk of his personal safety, to protect the life of pedestrians is among the most admirable acts of bravery.” He was also given the honour to sign his name in Montreal’s Golden Book, which he said was last signed by climate activist Greta Thunberg.

When Michelle was asked if she would lend her SUV to her husband she told CTV while laughing: “Never, ever.”