A recent report reveals a Mass. high school biology class recently held a genetics lesson on gender, urging students to remove "gendered terms" to make sure others with diverse orientations are "included and respected." 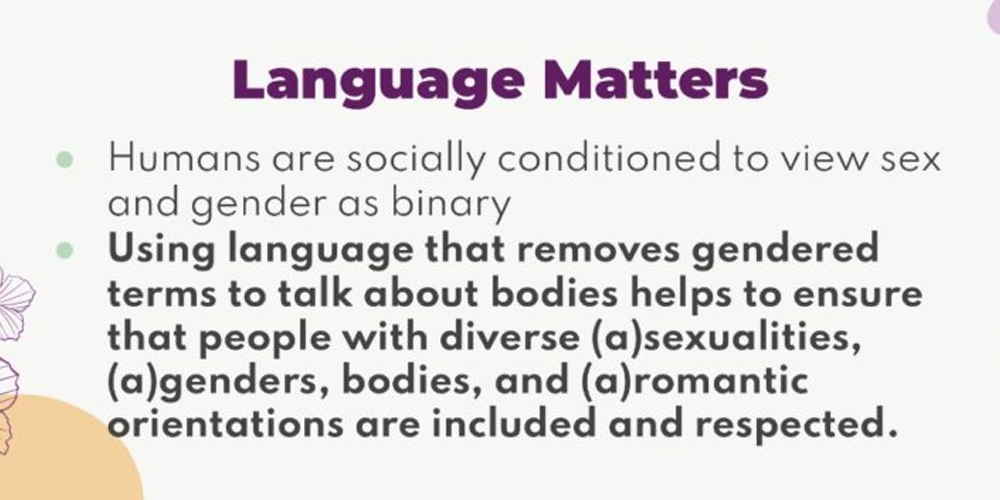 A recent report reveals a Massachusetts high school biology class recently held a genetics lesson on gender, urging students to remove "gendered terms" to make sure others with diverse orientations are "included and respected."

The incident was published by the Parents Defending Education nonprofit last week, and an overarching theme for this genetics lesson at Needham High School is to try and convince kids that the urge to change one's sex is common in nature.

"Using language that removes gendered terms to talk about bodies helps to ensure that people with diverse (a)sexualities, (a)genders, bodies, and (a)romantic orientations are included and respected," one slide says. They go on to cite intersex people as a minority group that needs this level of terminology protection adopted by the rest of society.

In the slide describing anatomical sex as being comprised of this like hormones and chromosomes, "but one thing it’s not: gender." This is in addition to the slideshow’s commentary about humans being "socially conditioned to view sex and gender as binary."

Clownfish, The Common Red Frog, and Amborella plants are listed examples of things in nature that change sexes. Then students are encouraged to find their own examples of "gender fluidity," in nature themselves.

Needham High School principal Aaron Sicotte stood by this lesson plan when asked about it by the Washington Free Beacon. Sicotte told the outlet that it appropriately reflects "the needs of a diverse student body and the standards, values, and high academic expectations of the Needham community."

The director of outreach at Parents Defending Education, Erika Sanzi, strongly disagrees. She labels it "pseudoscience" and says "the slides shared by the biology teacher are harmful and wrong because they are factually inaccurate, sow confusion, and rely heavily on regressive sex stereotypes."

Sanzi elaborated on the slideshow’s misleading claims that the population of intersex people is nearly 2 percent.

"The claim that nearly 2% of the population is intersex is preposterous and deliberately deceptive—the actual number is .018%, or about one out of 5,000. And perhaps most absurd is the implication that biological sex in humans is fluid, or can literally change, because it happens to be true of non-human species like clownfish and tree frogs."

Ideological encroachment in the education sector against concepts such as biology has been ongoing for years now. The claim that "biological sex is real" cost at least one anthropology professor her job at the University of Alberta.

The most recent pushback against this has been by Matt Walsh of The Daily Wire. Late last year he published the "Johnny the Walrus" children's book that challenges the assertions being presented in Needham High School’s biology course.