Hillary Clinton lashed out at Justice Clarence Thomas, claiming that he has always been filled with "resentment, grievance," and "anger." 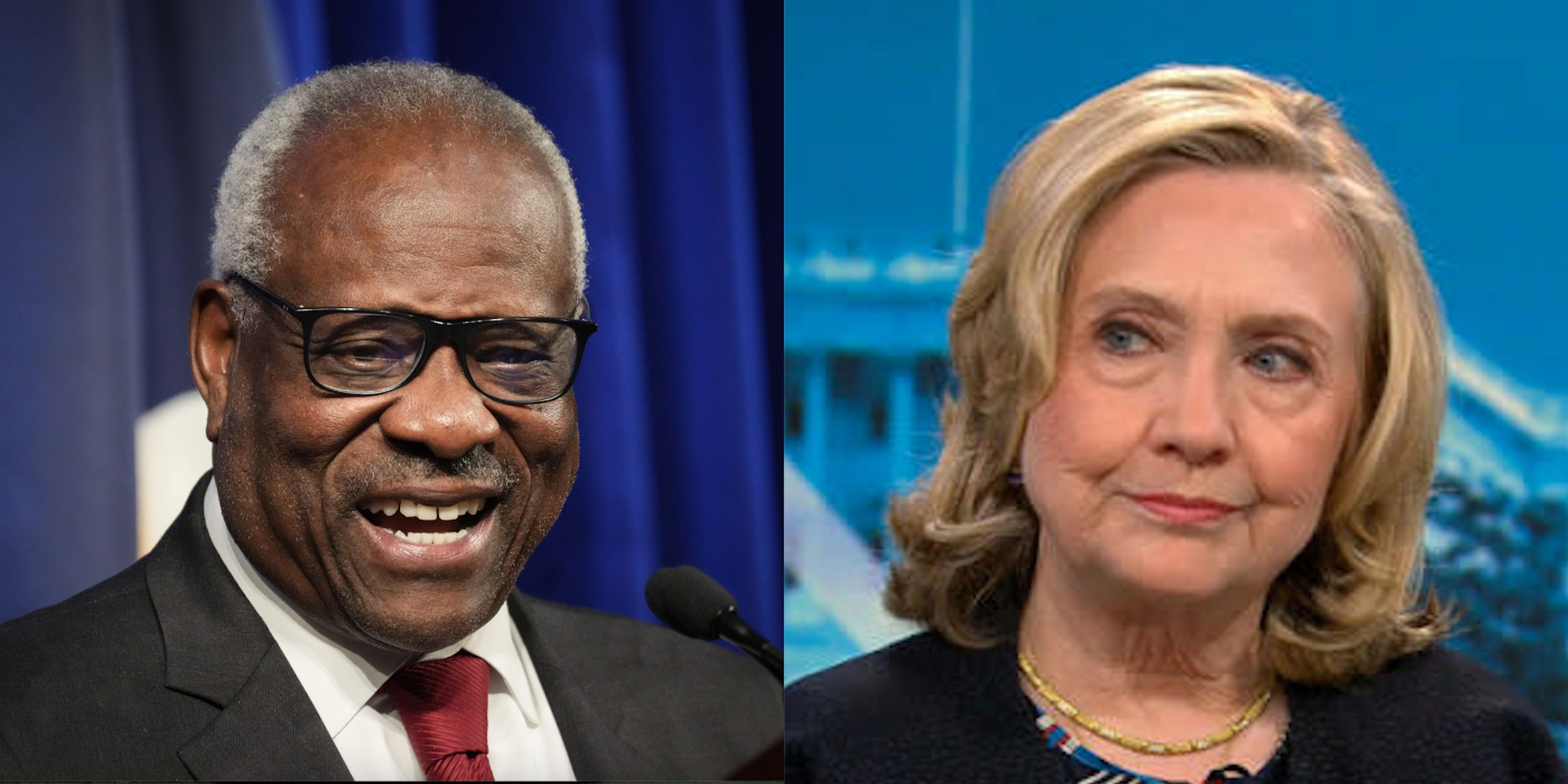 Hillary Clinton lashed out at Justice Clarence Thomas, claiming that he has always been filled with "resentment, grievance," and "anger."

Her comments were contradictory to those made by Justice Sonia Sotomayor, who sang nothing but praise for her Supreme Court colleague.

"Justice Thomas has sort of floated that out there about contraceptive rights, contraception, and about same-sex marriages," King said, "but other justices have pushed back to say no, he's really sort of on his own with that. Do you believe that?"

"Well, he may be on his own, but he's signalling as he often did," Clinton replied.

"I went to law school with him," she continued. "He's been a person of grievance for as long as I've known him; resentment, grievance, anger. And he has signalled in the past ... [he] may not win the first, the second, or the third time, but we're gonna keep at it."

Clinton went on to suggest that people ought to pay attention to Thomas' actions because of his tendency to jive with the "right-wing, very conservative judges and justices, and state legislatures."

Clinton's comments, which border on painting Thomas as just an "angry black man," are a far cry from the words Justice Sotomayor used to describe her colleague.

Speaking on June 18, Sotomayor began by pointing out that she had disagreed with Thomas "more than any other justice."

She went on to explain that despite their differences, she saw Thomas as nothing but compassionate and kind.

"He's the first one who will go up to someone when you're walking with him and say, 'Is your son ok? How's your daughter doing in college?' He's the first one that when my step-father died, sent me flowers in Florida."

"He is a man who cares deeply about the court as an institution," and "the people who work there," Sotomayor continued, but noted that he has a "different vision for how to help people, and about their responsibilities to help themselves."

"We share a common understanding about people and kindness towards them," Sotomayor concluded. "That's why I can be friends with him, and still continue our daily battle over our difference of opinion in cases."