Following the disappearance of a Canadian child last month, a 40-year-old Portland-area man and radio host on the left-wing station, KBOO, has been arrested for child trafficking and child rape. 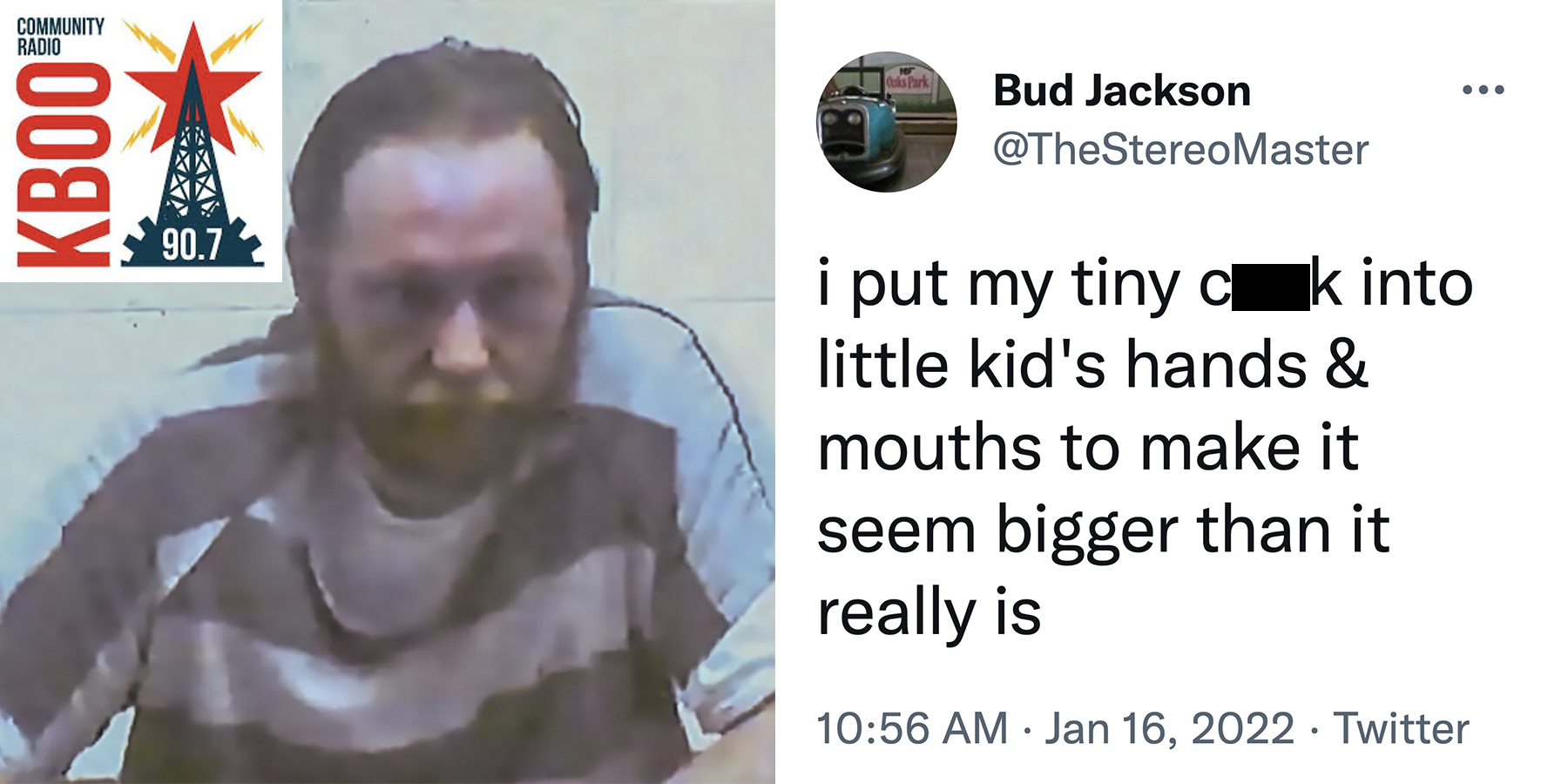 Following the disappearance of a Canadian child last month, a 40-year-old Portland-area man and radio host on the left-wing station, KBOO, has been arrested for child trafficking and child rape.

Noah Whitefield Madrano, of Gladstone, Ore., allegedly kidnapped a 13-year-old girl from Edmonton, Alberta. She was reported missing by her family on June 24 after never showing up for school and was finally discovered in an Oregon City hotel room more than a week later by local police and agents with the FBI. Oregon City is about 12 miles south of Portland.

Madrano is currently being held on a $500,000 bond in Clackamas County, Ore. on felony charges of first-degree sexual abuse, second-degree rape and second-degree kidnapping.

At a bail hearing last week, Clackamas County prosecutors said the girl was targeted and groomed "over the course of a year" before being kidnapped. They also accuse Madrano of making “threats to kill her and have sex with her dead corpse."

Until the publicity around Madrano’s arrest, he was a producer and co-host of the "Sub-Human Intellect Theater" (S.H.I.T.) monthly show at far-left self-described Antifa Portland radio station, KBOO-FM. The show’s other host is Karen Green, who has deleted all her social media accounts after the arrest of her co-host.

One of Madrano’s last tweets reads, “I put my tiny c—k into little kid's hands & mouths to make it seem bigger than it really is.” The only tweet that his account liked on Twitter was written by another person and it reads, “Literally at this point just admit you think it's cool for people to rape little kids.” Additionally, the profile banner on the account appears to show a nude child.

Madrano’s YouTube account under the username “Madnana42” also has content suggesting an interest in the violent sexual abuse of minors. A playlist on the account is titled, “Videos of teenagers literally getting raped.” The only video on the playlist is a Marilyn Manson music video of “Heart-Shaped Glasses.” Actress Rachel Evan Wood, who was 19 in the video, alleged this year that the sex in the 2007 music video was non-consensual.

Madrano’s YouTube account described the playlist as, “A barely legal Evan Rachel Wood (13) getting raped on camera by a guy twice her age.”

Outside of his disturbing personal social media accounts, Madrano had a long relationship with KBOO radio lasting over a decade. He was a program committee chairperson for the station from 2012–14. His show, which launched in 2012, uses the slogan, “Making radio sound like a child's play.”

KBOO broadcasts far-left political content and one of its main membership programs is called the “Fight Fascism Power Pack” which gives donors a flash drive with access to content from violent group Rose City Antifa and Portland Antifa members, Alexander Reid Ross and Shane Burley. (Rose City Antifa members were involved in assaulting TPM journalist Andy Ngo in 2019 and he is suing the group.)

The last episode of his show, which has been deleted, featured a purported skit in which Madrano was having phone sex with an underage girl. Neither KBOO nor authorities have confirmed if the female’s voice in the recording belonged to the child victim.

In response to Madrano’s arrest, KBOO released a statement on its social media: “Dear community, thank you for alerting us of the misconduct of one of our volunteers. We have taken appropriate actions regarding this person's involvement with KBOO.” The radio station denied having any prior knowledge of “misconduct” despite following Madrano’s Twitter account, which featured prominent pedophilic content.

After the child was found, she was taken to a local children’s hospital for evaluation, and has since returned home with her parents to Edmonton.

Madrano is also expected to face charges in Canada. He has a no contact order with any minors and his Oregon indictment is scheduled for July 12.

Editor's note: The report has been updated to include audio of part of the last KBOO radio episode by Karen Green and child rape suspect Noah Madrano. The audio has been censored because it may contain the voice of a minor.