"It's definitely not a neighborhood-exclusive thing. The City of Houston as a whole has a problem with burglaries, thefts, and break-ins." 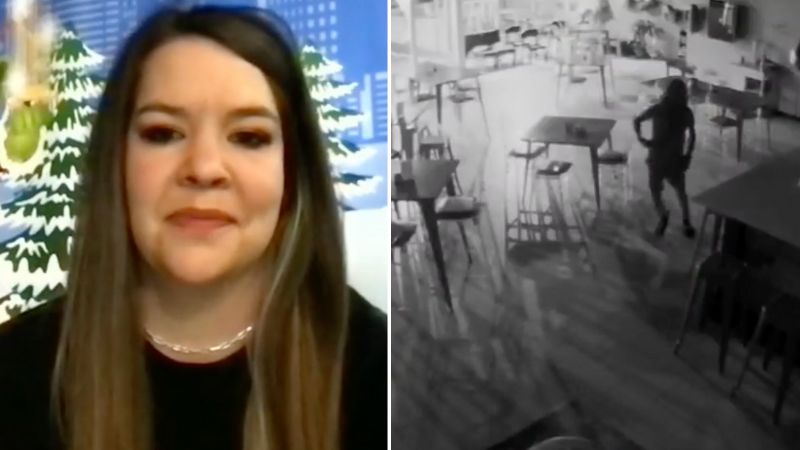 On Wednesday, a group of Houston-based small business owners went to their city council meeting to demand action on crime's impact on their businesses.

According to Fox News, Star Sailor restaurant and bar owner Marin Slanina told the council, "It's definitely not a neighborhood-exclusive thing. The City of Houston as a whole has a problem with burglaries, thefts, and break-ins."

"It’s scary," Slanina added. "It's not comfortable. We know we have to do something bigger as a whole to change what’s going on in our small businesses."

According to Slanina, Star Sailor was burglarized two times in May over the span of two days and there have been no arrests in the crime.

Slanina joined Fox & Friends on Friday and explained how the burglars broke into her establishment in a crash grab and showed the surveillance footage, which has not led authorities to any suspects.

"You name it, we're all getting broken into," said Slanina, explaining how prevalent the crime has become, including how there were a total of eight break-ins in several shops near her bar in a two-day period.

"Back in May of last year, we were broken into the first time, as you saw from that surveillance video," Slanina said on the Fox program. "It was a cash and grab, they came in and stole our cash box. They also broke into the nail salon next door and the hair salon. And then less than 48 hours later, they came and got us. The nail salon, the hair salon, another restaurant business, and another restaurant business."

"Reserve 101 has the highest-end bourbon selection in the city of Houston. One bottle out that door could cost $25,000. So any loss to a small business is too much, especially in this day and age," she said of the cost of the burglaries on the owners.

Another Houston business owner told the Houston City Council on Wednesday, "I have been burglarized 15 times in the last year."

Slanina told the council, "Some (business owners) have gone to the great lengths of living in their business with a bulletproof vest and shotgun, during the hours these break-ins are happening."

Slanina said they no longer accept cash at the Star Sailor as a new security measure.

Raul Jacobo, owner of Cobo's BBQ in Houston, is one of the business owners sleeping in his bar at night as a deterrent to criminals.

Jacobo appeared last week on Fox & Friends First and said, "This is a major issue with our city right now."

"If I'm frustrated… based on these burglaries, I could just imagine how families feel that they've actually lost loved ones because certain criminals are put back out on the street," Jacobo said. "We are fearful for our lives, and we've got to defend what's ours… under any means necessary."

El Ranchito #4 taco restaurant was robbed twice in the span of one week. Earlier this month, a robber was fatally shot by a patron of the restaurant, who returned the stolen cash back to their respective owners. Just five days later, the restaurant was broken into again.