"I got a call from the mayor… and she is requesting that we stop the meeting at this time because of the intense level of protesters." 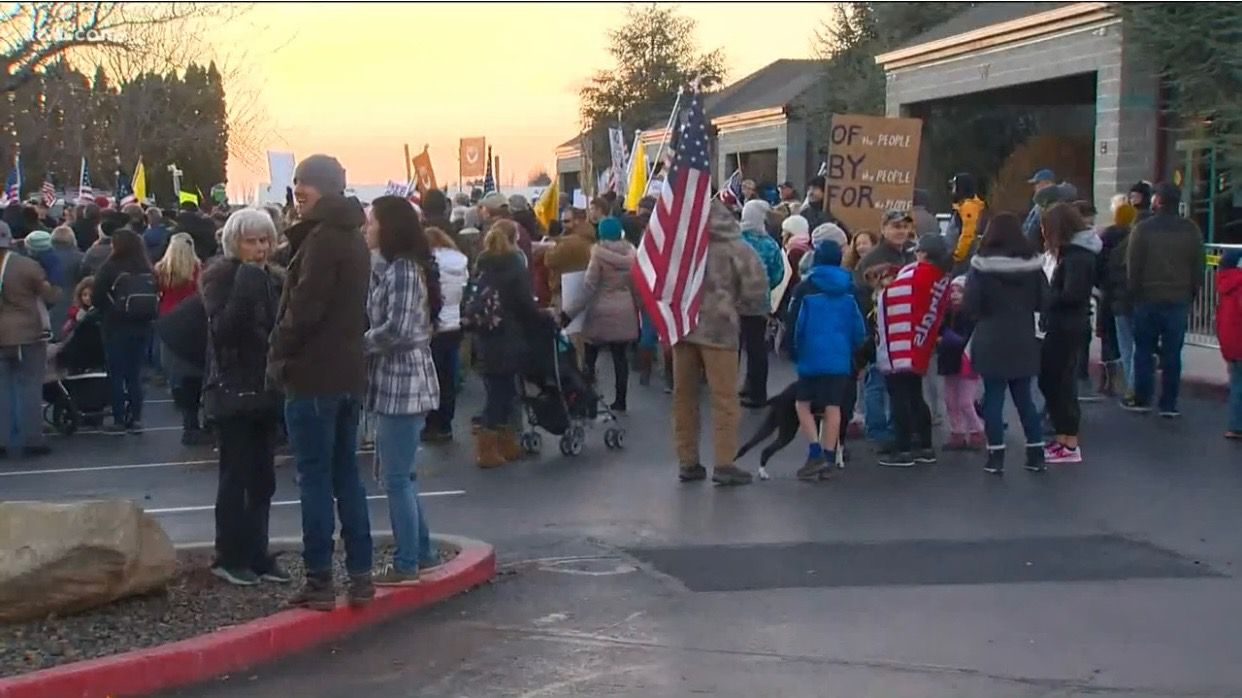 The Central District Health Board (CDH) of Boise, Idaho met virtually to vote on the implementation of new COVID-19 restrictions on Tuesday night, but were forced to end their meeting prematurely when hundreds of protestors gathered outside of CDH headquarters and at a number of board members' residences.

Part way through the virtual meeting, Russ Duke, the Director of the CDH, informed the board that Boise Mayor Lauren McLean and the chief of police had requested an early end to the meeting, citing safety concerns.

"I got a call from the mayor… and she is requesting that we stop the meeting at this time because of the intense level of protesters in the parking lot and concern for police safety and staff safety as well as the protesters that are at some of our board members' homes right now," Duke said.

"I think we need to cancel the meeting," Duke said definitively.

Protestors reportedly banged on trash can lids and used strobe lights to interrupt the gathering. Aside from one detainee who was arrested by the Boise PD for trespassing on CHD property, the hundreds of protestors dispersed peaceably after the meeting was canceled.

The protestors were demonstrating against new regulations proposed by the CDH’s December 4 Draft for Idaho restrictions. Its passage would have prohibited gatherings of 10 people or more, put a mask mandate in place, discontinued visitations to jails and correctional facilities, limited visits to long-term care facilities, and set new guidelines and safety measures to operating businesses.

This isn't the first time protestors have successfully deterred a new set of restrictions in Boise. Last Friday, protestors also gathered outside of CDH headquarters and tried to make their way inside the building, according to KTVB7 News—an act which forced the board to table the discussion until Tuesday, December 8 and re-work the language of the draft.

Now that they've interrupted a second meeting, protestors have sent a clear message to Idaho's officials: the residents of Boise don't want another round of COVID-19 restrictions.

The proposed restrictions aren't a dramatic departure from the measures already in place, but they're enough to frustrate Idaho citizens.

Not all Boise residents are opposed to new guidelines, however. With the state having reached a new high of 2,012 new cases on December 8 and 1,070 deaths, counter protests have begun to call for support of additional protective measures. Protestors like Nathaniel Hoffman, a resident of Boise, put up 400 home-made yard signs, encouraging the board's adoption of December 4 draft, according to Idaho Press.

"We chose to exercise our First Amendment rights in a safe, peaceful, and socially distant manner, in the spirit of this proposed health order," Hoffman said.

In the meantime, the CDH has not yet released notice of whether they will further amend or revisit the proposed restrictions for a third time.