Hundreds of US and UK citizens trapped in Afghanistan, officials say

As of Sunday, more than 150 British nationals and 250 Americans remain in Afghanistan. 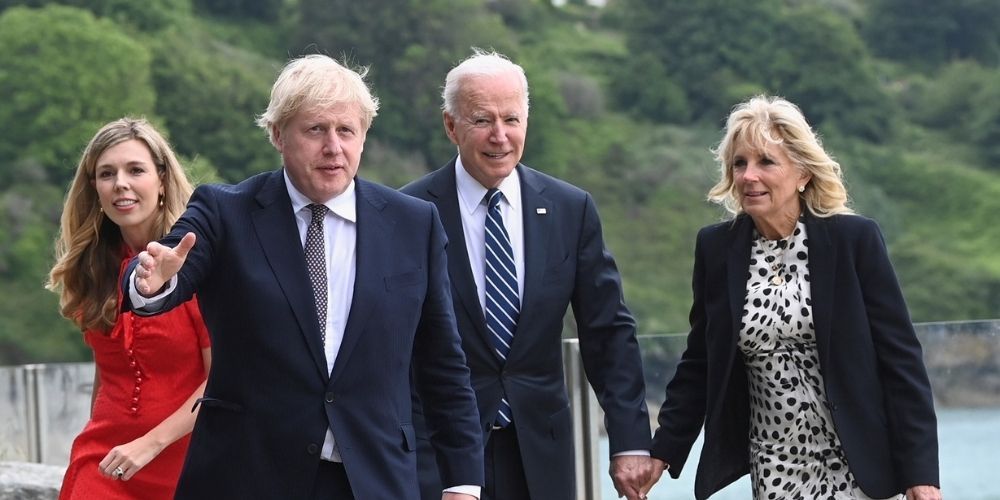 Britain ended its evacuation mission Saturday with the last of its troops and diplomatic staff arriving at a British air force base Sunday morning, effectively ending Britain's 20-year deployment in Afghanistan.

"UK troops and officials have worked around the clock to a remorseless deadline in harrowing conditions," he said. "They have expended all the patience and care and thought they possess to help people in fear for their lives."

"They've seen at first hand barbaric terrorist attacks on the queues of people they were trying to comfort, as well as on our American friends," added Johnson. "They didn't flinch. They kept calm. They got on with the job."

However, more than 1,000 eligible Afghans and 150 British nationals remain in Afghanistan, with the remaining British troops leaving Kabul for the last time.

Both US President Biden and Johnson have faced harsh criticism of their handling of troop withdrawal from Afghanistan and their evacuation efforts.

A former head of the British Army, General Richard Dannatt, said the mission should have been started much earlier in the year.

US Ambassador to Afghanistan Ryan Crocker called the exit a "self-inflicted wound," adding that Biden should have seen the Taliban takeover coming.

"We're going to pay for that for a long time to come, and that's why it is insane – just idiotic – to think that we can tell the Taliban that if they don't stop taking over territory and play nice, the international community will withhold recognition and support," said Crocker.

In a message to all those who served in Afghanistan over the last 20 years, Johnson said: "Your suffering and your hardship were not in vain." But he admitted the UK "would not have wished to leave in this way."

In a separate letter to the British Armed Forces, Johnson penned: "Your efforts in difficult and hostile circumstances have seen the evacuation of thousands of British nationals alongside Afghans who worked with us, and who will now start new lives in the UK."

Johnson added: "We have to recognize that we came in with the United States in defence and support of the US, that the US did the overwhelming bulk of the fighting. "And though we now leave with the US, we will remain represented in the region."

Since August 14, the US has either evacuated or aided the evacuation of around 111,900 people. Since the end of July, 117,500 people have fled the war-torn country.

The Biden administration said Saturday military commanders had informed the president that an attack on soldiers in Afghanistan is "highly likely" within the next 24 to 36 hours.

Biden indicated the US military successfully carried out an "over-the-horizon" drone strike on ISIS-K terrorists Sunday in Kabul, "eliminating an imminent threat" to the airport, according to officials.

The US State Department said Sunday it is actively trying to help the remaining 250 US nationals trapped in Afghanistan flee before Tuesday's withdrawal deadline.

13 US service members and at least 169 Afghani residents were killed Thursday at Hamid Karzai International Airport following an attack by ISIS-K, an Islamic militant group.

Biden commended the "bravery and sacrifice" of the US military. He added that while the 13 deaths were "tragic," they died for a "worthy mission."

The president and the first lady traveled to Dover Air Force Base in Delaware early on Sunday morning to receive the bodies of the US service members killed in the attack on Kabul airport in Afghanistan.