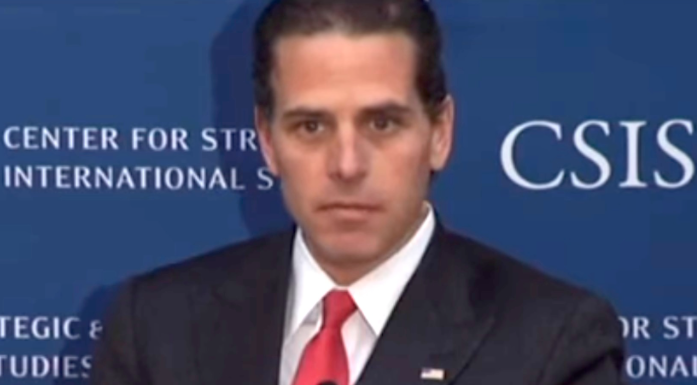 Hunter Biden's former business partner Bevan Cooney has reportedly flipped. He had been in prison for a bond scheme, and is now talking to journalists about what he knows about Hunter, Joe, and the alleged Biden family corruption scheme involving foreign business agents.

In an exclusive report, Breitbart revealed that Hunter Biden, and his associates, used Biden's top Obama administration connections to make connections and "arrange private meetings for potential foreign clients at the highest levels in the White House." The emails shows that Chinese investors and CCP officials "managed to secure a private, off-the-books meeting with then Vice President Joe Biden."

This information was gleaned from correspondence given to Peter Schweizer of Breitbart by Cooney, who had been involved in business dealings with both Hunter Biden and Devon Archer.

Correspondence from 2011, not part of the New York Post series, reveals colleagues of Hunter Biden's planning to create relationships with "China Inc." These new relationships were to be part of a "new push on soft diplomacy for the Chinese."

Cooney provided his email address and passwords to Schweizer, and authorized him to access the emails in question. What makes this so groundbreaking is that this "is the first time a close associate has publicly confirmed Hunter's trading on his father's influence." That is at the heart of the New York Post articles, as well. Despite this is all coming out, the Biden campaign has not addressed the matter.

In 2011, Archer was offered access to new clients if he gave White House access to Chinese officials and businessmen. The meeting was arranged, and the officials "enjoyed high-level access." His ensuing email correspondence shows that he was in contact with Hunter Biden to make this all happen.

The Chinese visitors comprised a delegation of about 30 people, and this is backed up with official White House logs. While a meeting with Vice President Biden isn't noted on those official logs, Schweizer was able to backtrack through the written bio of China Entrepreneur Club Secretary General Maggie Cheng, who said that she facilitated meetings between the CEC delegation in 2011, in Washington, and went on to talk about those White House officials they met with, including Joe Biden.

The correspondence is continuing to emerge, and this undoubtedly is not the last bombshell for the Biden family, or the Biden/Harris campaign.