'I felt compelled': MPP Roman Baber on his work to 'Lift The Lockdown'

As most of Ontario reopens today, some might give credit to MPP Roman Baber, who made headlines after being expelled from the Ontario Conservative Party for publishing a letter to Premier Doug Ford requesting that the lockdown be lifted. 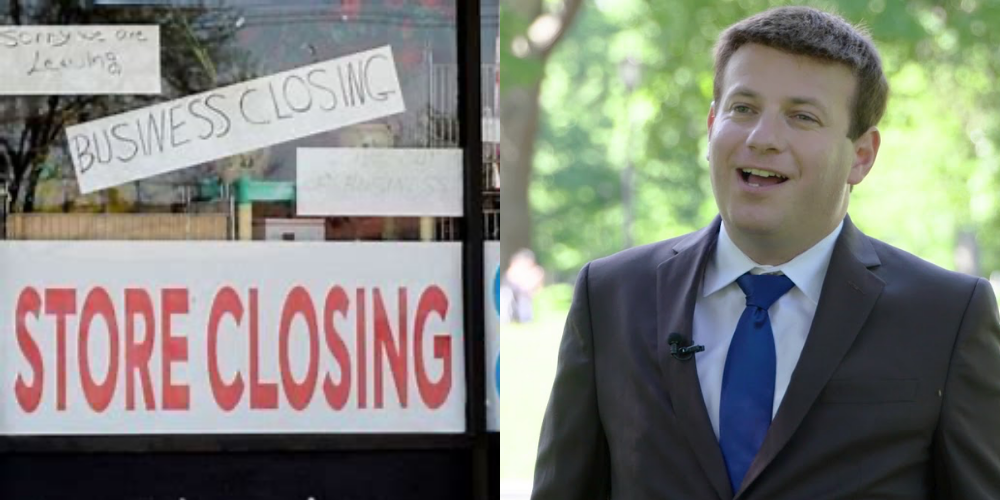 As most of Ontario reopens today, some might give credit to MPP Roman Baber, who made headlines after being expelled from the Ontario Conservative Party for publishing a letter to Premier Doug Ford requesting that the lockdown be lifted.

Despite the expulsion, Baber did not stop in his efforts to raise awareness on the many harms of lockdowns. Most notably, he started a petition which has gotten thousands of signatures.

Last week, MPP Roman Baber spoke with The Post Millennial about the reasons behind his letter, his petition, and what is next for him as a now independent MPP in the Ontario legislature.

Baber says that he had been fighting the lockdowns within the party since May, and that he decided to make this advocacy public after being flooded with emails from constituents sharing their struggles with the new lockdown imposed by Doug Ford.

"The lockdown as causing more harm than good", said Baber. "I felt compelled to write about the impacts of the lockdown on health, mental health, the increase in overdoses, suicidal thoughts and the economic toll on all Ontarians all of which I submit must be factored into our political decision-making."

Baber was born in the Soviet Union, and when asked if what is going on with the lockdown reminded him of communism, he responded with, "You know, I get the question about the Soviet Union quite often. I surely remember the lineups, just the lineups, like I'm seeing right now to the stores and the liquor store."

However, Baber made it clear that he is not a COVID-19 skeptic, stating "I've said many times, COVID is real. It is very risky to certain segments of the population, certain age thresholds, and living settings. But at large, this is not the virus that we were hearing in March and April."

Baber expressed on Social Media that multiple other PC MPPs, and even Premier Doug Ford to some extent, had issues with the lockdowns, but that they were more concerned about re-election. "The lockdown is political in my view. With respect to the Premier, I don't believe that he has the courage to oppose lockdowns, even though he may know that it's the right thing to do. "

"He thinks that he will suffer, politically, just like Jason Kenney suffered in Alberta, or that if he deviates from public health advice, that he will be blamed for any subsequent COVID deaths. And my view is that this is a failure of leadership. He needs to do what is best for Ontarians and best for their lives and livelihoods, and that means lift the log down immediately and allow Ontarians to go back to work," added Baber.

Premier Ford was able to re-impose the lockdown on all of Ontario thanks to Bill 195, which gives the government sweeping powers. When pressed on why he didn't follow MPP Belinda Karahalios in opposing that bill, Baber said that he was still hopeful that he could successfully advocate for his cause internally.

That open letter costed the 40-year old first-term MPP his future in the Ontario PC Party, however, Baber feels peace about that and stands by his letter. "I did think to myself, well, what happens five, 10, 15 years from now, when I look back at this extraordinary opportunity that I had and that I did not avail myself of the opportunity to try and affect the situation by generating conversation and change."

He added "I'm content and I'm at peace with my decision, and I just hope that the conversation continues and that we will continue challenging the government on the wisdom of what it is imposing on us."

Baber is not the only politician to have started initiatives to end the lockdowns, MPP Randy Hillier, PPC Leader Maxime Bernier, and Former CPC Leadership Candidate and MP Derek Sloan founded the End The Lockdown Caucus. Jim and Belinda Karahalios started a new party provincial party called the "New Blue Party". However, Baber says he isn't thinking of joining any of these initiatives as of now.

"At this time, it's very difficult for me to talk about politics. For now all I'm concerned with is continuing my efforts to lift the lockdown. I think it's generally known that I am working very hard to advocate and give folks a voice to advocate against the lockdowns."

Baber's adds "I think that once where we're through and hopefully soon, this remarkable, public health experiment that is weighing so heavily on all of our lives, that once the dust settles, it will be a little bit easier to think about politics, but right now I'm only concerned within livelihoods. And that means lifting the lockdown."

Roman Baber's petition can be found HERE. While most Ontario regions are now out of the lockdown, some remain including the one where Baber's riding of York Centre is located. The stay-at-home order is expected to be lifted from all Ontario regions next week, but some regions might still face lockdown restrictions after that.