"Her light, however, like the ancient galaxies now being seen for the first time, will remain for us and future generations to enjoy, learn from, and draw inspiration," Johnson said. 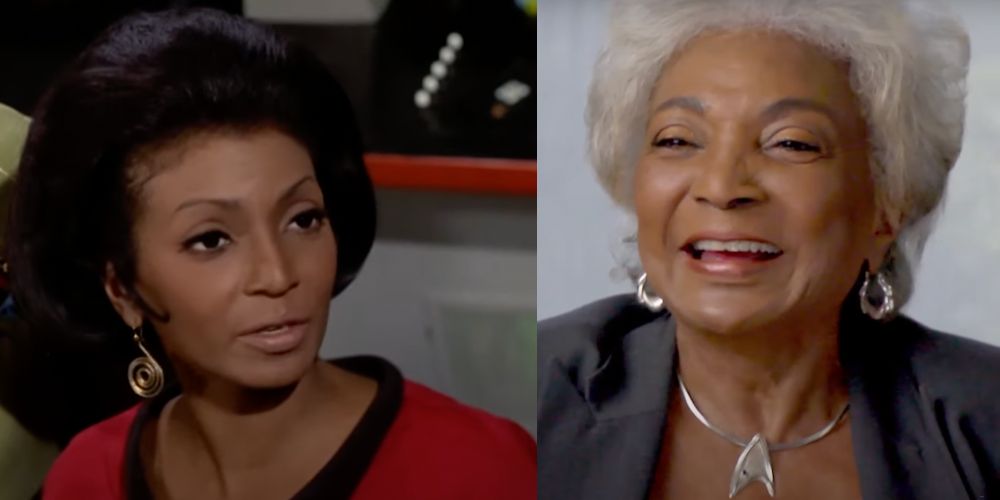 Nichelle Nichols, who played the iconic Star Trek character Uhura, died Sunday at the age of 89.

"Her light, however, like the ancient galaxies now being seen for the first time, will remain for us and future generations to enjoy, learn from, and draw inspiration," Johnson said.

The character of Lieutenant Nyota Uhura on Gene Roddenberry's 1966 series Star Trek was groundbreaking by its casting of Nichols, who played one of the first black female leads on television.

Star Trek, which aired two years after the passing of the 1964 Civil Rights Act, was seminal for showing one of the first interracial kisses in TV history. In the episode "Plato's Stepchildren" Captain Kirk, played by William Shatner, kissed Uhura in a moment that made history.

Nichols was an inspiration to Whoopi Goldberg, with Goldberg telling Neil DeGrasse Tyson in a 2016 National Geographic interview that Star Trek became a "huge part of my life" because of Lt. Uhura. Nichelle Nichols filled in the details in a 2018 Makers interview when she said Whoopi asked for a lunch meeting with Gene Roddenberry so she could appear in Star Trek: The Next Generation.

According to Nichols, Goldberg said to Roddenberry and "I was nine years old… I thought she (Nichols) was the most beautiful thing that ever happened on television or anywhere else. And she was a black woman playing in the future and I knew we had a future."

Nichols then added that Goldberg said, "I ran through the house screaming 'Hey, come quick. Come quick, everybody. There's a black lady on television. And she ain't no maid!''"

According to Deadline, Nichols' inspiration extended beyond entertainment as Dr. Mae Jemison, the first Black woman to fly aboard the Space Shuttle, cited Star Trek as a major reason she joined NASA. The space agency had previously employed Nichols as a spokesperson to encourage women and African Americans to become astronauts.

Nichols was also the first African American to have her handprints immortalized at the TCL Chinese Theatre when she and all the Original Series Star Trek cast were honored.

Condolences poured in across social media from fans and fellow co-stars for the trail blazing actress.