Whether this was done out of poor research by lazy journalists or deliberate slander by malicious hacks does not really matter at the end of the day, the damage has already been done. 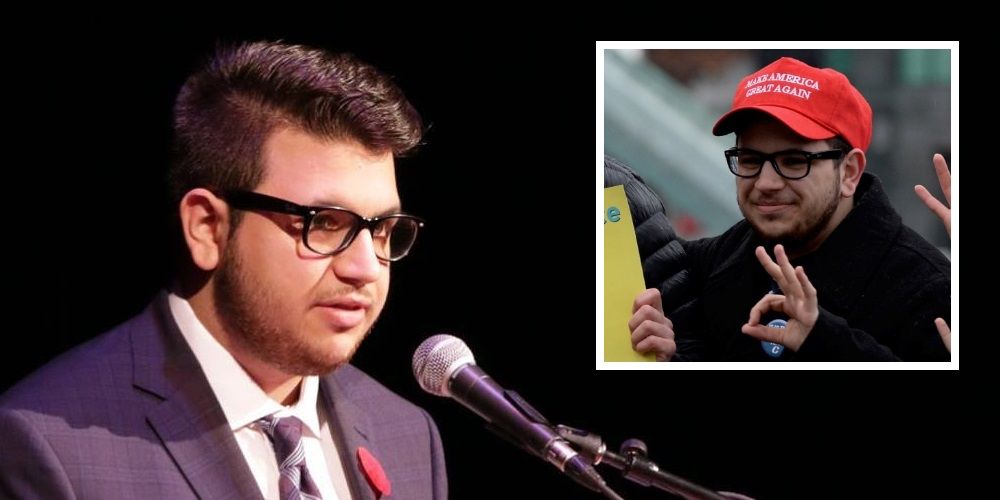 On Jan 21, a left-wing newspaper known as The Tyee published an article warning of the rise of extremism in the Non-Partisan Association, a centre-right political party in Vancouver. The article began with a warning about Angelo Isidorou, a friend and colleague of mine who allegedly flashed a "white power" sign while sporting a MAGA hat at a 2017 rally in support of then-US President Donald Trump.

The allegations made their way around the Vancouver press, with an unimpressive journalist named Dan Fumano of the Vancouver Sun weighing in as well. Even Vancouver Mayor Kennedy Stewart tweeted a statement regarding the controversy, describing the allegations as "deeply troubling" and stating that these views must be "denounced and publicly condemned by NPA leaders."

Sounds pretty serious, right? As it turns out, however, while the fallout may be unfortunately serious for Isidorou, the claim that he was flashing a "white supremacist symbol" fails to account for the facts.

The symbol these outlets have referred to is the OK hand sign, which the Anti-Defamation League listed as a hate symbol in late 2019 after it was flashed by the white supremacist who murdered nearly 50 people at two mosques in New Zealand earlier that year.

I'm a scuba diver, so the OK hand sign has always meant "OK" to me, as it means for the majority of people who see and use it in their daily lives. However, it is worth delving into how this symbol became to be associated with hate.

The history of the hand sign being considered a "hate symbol" dates back to February 27, 2017, when an anonymous 4chan user made a post on the notorious /pol/ board which, while far from being a politically homogenous place, hosts a large user base of white supremacists, fascists, theocrats, and other unapologetically far-right users. The post, titled "INTRODUCING: OPERATION O-KKK," urged users of the board to flood Twitter with claims that the OK hand sign is, in fact, a symbol of white power.

Of course, just because an anonymous 4chan user suggested to make it a white supremacist symbol doesn't make it so, but it would be difficult to deny that since then, at least some white supremacists have caught on and decided to use the symbol to identify themselves. This process took months, certainly not a single day.

The photo of Isidorou was taken at the opening of the Trump International Hotel in Vancouver on February 28, 2017, one day after the original post was uploaded to 4chan, and more than two and a half years before the ADL was even able to identify it as a hate symbol.

When this timeline of events is taken into consideration, the idea that it was considered a symbol of white supremacy at the time, or that Isidorou even knew of its association, becomes ridiculous. At the time, supporters of Donald Trump flashed the symbol to express support for the President, who frequently used the hand gestures in his speeches, just one example of the New York native's use of body language as part of his peculiar speaking habits.

None of the lazy journalists who reported on Isidorou mentioned this, only reporting that it is now considered to be a hate symbol. The context and background of both Isidorou and the symbol itself were completely sidelined in order to falsely paint Isidorou as a white supremacist as part of a political attack against the NPA.

The allegations are also ridiculous to anyone who knows Isidorou personally. Isidorou and I first began working together at the UBC Free Speech Club, where he appointed me as president without any concern over having a Jewish man running the campus organization, an identity you would think a white supremacist would not be too fond of.

Isidorou spearheaded bringing Ben Shapiro to speak at UBC, organized with the local Chabad Rabbi free entry to meet him, and attended a Jewish prayer session followed by a dinner at a local kosher restaurant with Shapiro afterwards. He did not object to me appointing a black man or a Filipino woman as vice presidents.

He responded with enthusiasm when I hosted an event promoting Indigenous rights, and even more enthusiasm when I tried to host an event featuring art that was censored in Nazi Germany (an event which unfortunately never materialized due to the coronavirus pandemic). Neither did he object when one of the executives of the club, an Indian woman from Kenya, hosted a memorial vigil for George Floyd shortly after he was killed in Minneapolis.

Strange behaviour for a supposed "white supremacist," no?

Isidorou has since stepped down from the board of the NPA to spare them more controversy as he sues The Tyee for defamation, and has considered doing the same to Postmedia. He is absolutely right to bring suit. These outlets engaged in an effort to falsely paint Isidorou as a white supremacist based on a hand gesture which was not even considered a symbol of white supremacy at the time.

Whether this was done out of poor research by lazy journalists or deliberate slander by malicious hacks does not really matter at the end of the day, the damage has already been done.

I know Angelo, and he is not a person who is willing to roll over and get bullied by liars and propagandists. I have no doubt that he will succeed in his lawsuits, and the smug journalists who believe they can write anything they want about anyone they don't like will get an unpleasant taste of reality.

Disclosure: Angelo Isidorou hosts a podcast for The Post Millennial.