"IndieGoGo has provided no information whatsoever, except the emails I screenshotted. No contact information or appeal process." 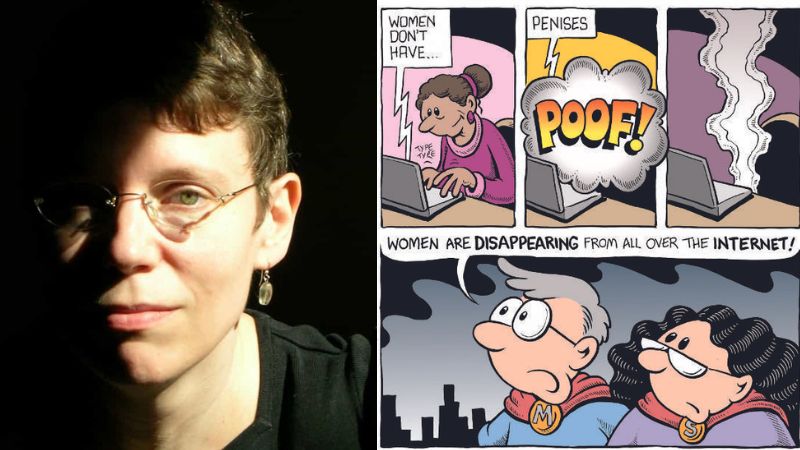 On Friday, the crowdfunding site IndieGoGo canceled a campaign by cartoonist, comic creator, and gender-critical radical feminist Nina Paley after the project had exceeded full funding. IndieGoGo told Paley that her work, titled Agents of H.A.G., did not comply with their "Terms of Use" without further clarification.

Paley posted on Twitter, "I successfully raised 150% of my comic book goal on @Indiegogo. The campaign officially ended Tuesday. I just ordered books from the printer. IndieGoGo just canceled the campaign, and refunded the donors, with no appeal. All the money, funders, orders, gone."

A web archived version of the IndieGoGo campaign described Agents of H.A.G. (or Humorous Acronym Gag) as a "12 full-color pages of thrill-packed comic-book action by widely-canceled yet still-existent cartoonist/animator Nina Paley."

According to the synopsis, "Women are disappearing from all over the Internet! But WHO is disappearing them? Menopausal Woman and Sidekick track down the nefarious BanHammer — and get help along the way from an unexpected ally." 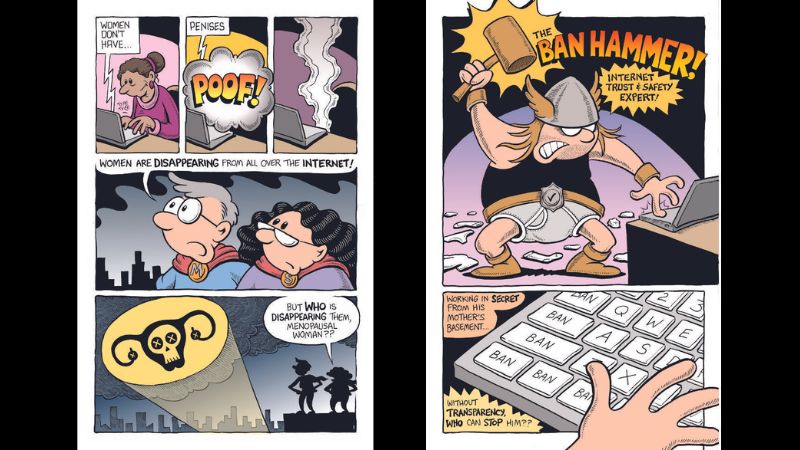 The comic panels from the campaign show the two heroines confronting BanHammer. According to Paley, from her Heterodorx podcast, "the person responsible for disappearing women from the internet is called BanHammer. And BanHammer is banning women with his keyboard, half the buttons of which say 'ban,' in his mother's basement." 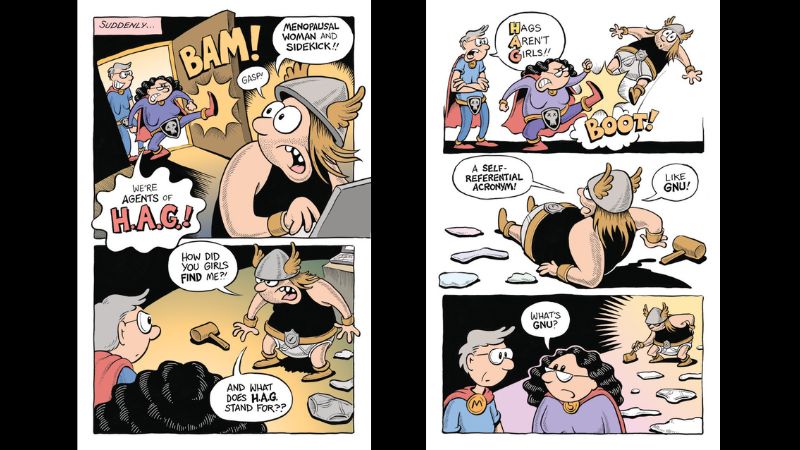 The comic's heroines are aided by a "transsexual that Nina knows" who "disenchants people of their notions of gender roles and gender ideology." 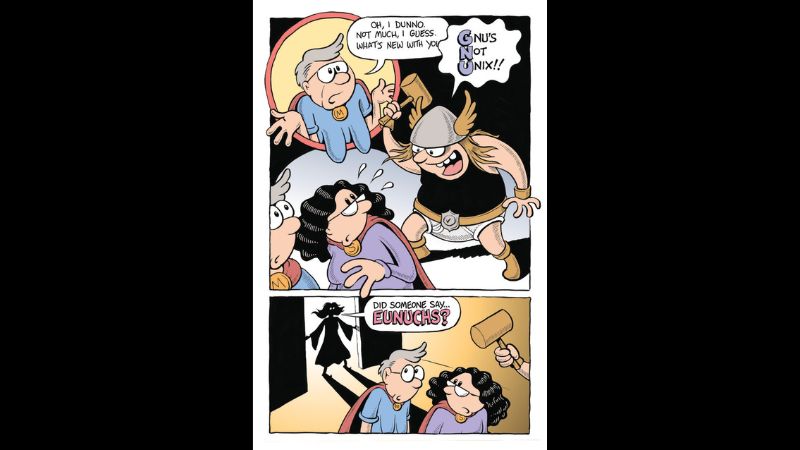 Nina spoke of the comic and the cancellation roughly 30 minutes after notice from IndieGoGo on her Heterodorx podcast, co-hosted by Corinna Cohn Paley, in the episode titled, "Episode 87: Nina Gets Canceled (Again) & Corinna Predicts the Future."

Paley commented on how her goal was to raise $1,000 for the 12-page comic and she said IndieGoGo "had a chance to cancel it long ago. You know, I uploaded it two weeks, more than two weeks, ago. It was a two-week long campaign. And if it violated their terms of service, that was the time to reject it."

The two said "There wasn't anything really that controversial" about the book and the experience was a "waste of everybody's time," especially as so many people already funded the project and Paley had already contacted a printer.

In a statement to The Post Millennial Paley said, "IndieGoGo has provided no information whatsoever, except the emails I screenshotted. No contact information or appeal process."

The Post Millennial reached out to IndieGoGo for clarification on what part of their Terms of Use and related Community Guidelines Paley violated but has not received a response.

According to DarkHorse.com, "No one could have predicted the tide of mail that flooded the DH offices, all demanding more Nina Paley!" The publisher then brought readers her "Nina's All-Time Greatest Collector."

Paley's IndieGoGo was a return to the comic medium for the artist until the cancellation. Paley wrote on her blog, "This is just another chapter in the story of my cancelation that began in 2017" when she realized she was a gender-critical radical feminist.

In a 2018 article by Comic Book Resources titled Cartoon Controversies: 10 Times Fans Were Wrong (And 10 Times Creators Were Wrong) number 5 on the tier list was "Nina Paley's Radical Position." The article praised her for her film Sita Sings the Blues but then claimed she held "questionable 'radical' positions."

"In the past couple years, she's unfortunately identified herself as a Trans-Exclusionary Radical Feminist (or TERF, for short), making all sorts of extremely transphobic statements on social media. Truly disappointing from such a talented filmmaker," CBR wrote.

"I mean, of course, this would be much more devastating if I hadn't been through this before," Paley said on her podcast.

On Twitter, many have come to Paley's defense, such as comic artist Ethan Van Sciver who said what happened, "doesn't surprise me at all.


Wilfred Reilly tweeted, "Let's raise this money again with @GiveSendGo.@ninapaley- what's needed? I'm glad to offer a book to givers over (X), or some kind of bonus. Good seeing you dorX in N'awleans, btw."