More than half of the indigenous children in Canada live in poverty, while numerous communities have a poisonous water supply. Meanwhile, PM Trudeau is going around the world and giving millions away to countries and his crony capitalist friends. This is not a leader who is putting Canada first. 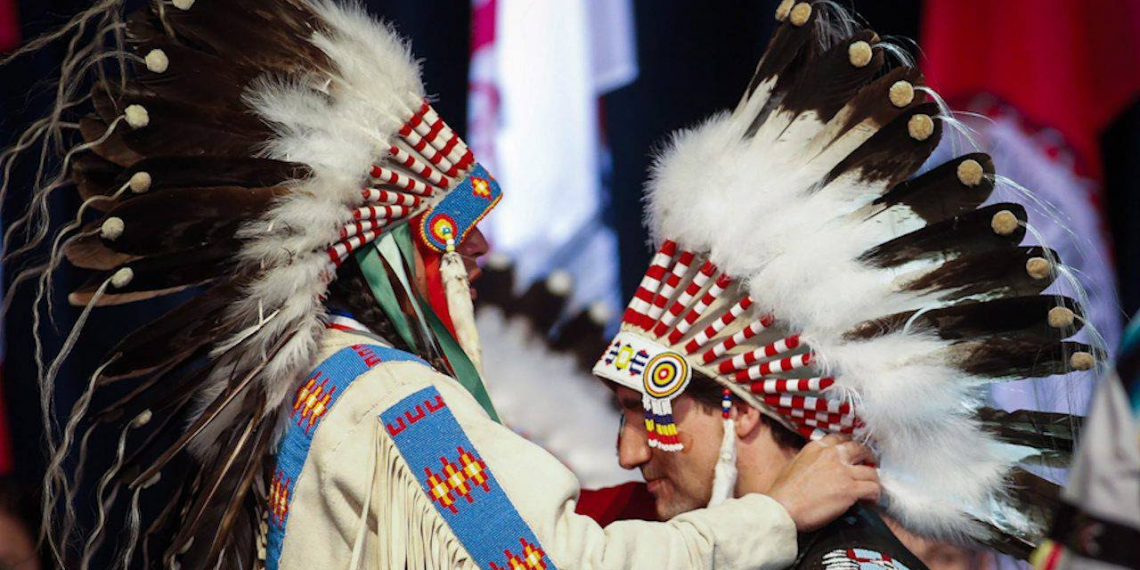 To say the indigenous communities are living the Canadian dream would be an outright lie.

More than half of the indigenous children in Canada live in poverty, while numerous communities have a poisonous water supply. Meanwhile, PM Trudeau is going around the world and giving millions away to countries and his crony capitalist friends. This is not a leader who is putting Canada first.

A study published by the Upstream Institute, written by researchers at the Assembly of First Nations and the Canadian Centre for Policy Alternatives, shows that around 47 percent of indigenous children on-and-off reserves live in poverty.

The number for children on reserves is concernedly higher at 53 percent.

According to National News Watch, the on-reserve child poverty rate is approximately three times higher than the national average, which already stands at an ugly 17.6 percent.

Furthermore, an article published on July 8th shows some indigenous communities in Ontario have been warned to limit their water usage as it contains “chemicals.”

Ellis Ross, BC Liberal MPP from Skeena, says he has known of the gravity of this issue “since 2003.”

“[I] am shocked that leaders and organizations still oppose economic development knowing well it’s the best cure for poverty,” he said.

For a Prime Minister that boasts himself to be a champion of indigenous rights, he is quite evidently a violator of it.

While Trudeau’s environment minister Catherine McKenna, who perhaps has the most hypocritical environmental record of all her previous predecessors, tries to point to the obvious benefits of refilling a water bottle with tap water, thousands of indigenous communities are quite literally being forced to drink poison out of the tap.

Trudeau’s plastic ban was like the cartoon character Spongebob Squarepants. It made you smile but in reality, you knew it was imbecilic and full of holes.

One of those holes included numerous indigenous communities that had to rely on plastic bottles to keep themselves alive. The Liberal government made no real amelioration in addressing their basic human rights at home.

The federal Liberals, meanwhile, don’t even think before sprinkling taxpayer money away on the global garden and worse, with corporations that are already raking in billions at the expense of the Canadian working class.

It’s not like Trudeau is receiving any successes in foreign policy that excuse his shoddy disorganization; in fact, by barely even trying to appease both domestic and global audiences he has appeased neither.

The issue of indigenous rights still stands and it seems that the Trudeau government, already having dissatisfied indigenous voters who both supported and opposed the pipeline, has had an ignominious record with reconciliation.

The indigenous community deserves better and, coming October, will have their chance to demand what they deserve. They don’t deserve to live in third-world conditions while their prime minister indulges in international and domestic blunders at their expense.