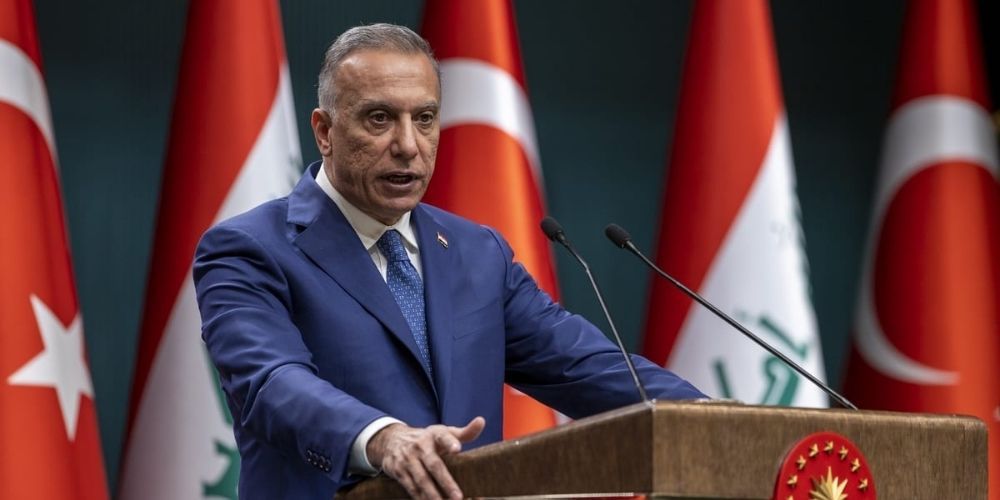 Maj. Gen. Saad Maan, a senior official in the Iraqi interior ministry, told the Wall Street Journal that two drones were involved in the attack. One of the drones carried two rockets, which included the one that exploded on impact.

Seven security officers were injured in the attack. The blast reportedly blew doors off their hinges, and splintered an exterior concrete staircase.

"I am fine, praise be to God, among my people, and I call for calm and restraint from everyone, for the sake of Iraq," the prime minister, Mustafa al-Kadhimi wrote on Twitter following the attack.

Iraq leaders have yet to identify who may have been behind the attack, but have formed a committee of senior security officials to investigate the attack.

The attack followed an escalation in tensions outside Baghdad's secured Green Zone, where a protestors was killed during a demonstration on Friday.

"Qais Khazali, the leader of one of Iraq's largest pro-Iran militias, Asaib Ahl al-Haq, accused Mr. Kadhimi of directing the use of live ammunition at the protesters. Militia groups held a funeral march for the slain demonstrator, a well-known member of the militia. Mr. Khazali said that Mr. Kadhimi needed to face legal consequences for the death of the protester and said the prime minister should 'pay the price' for the killing," wrote the Wall Street Journal.

"Kadhimi ordered an investigation into the violence during the protests. The security forces said the investigation would look into who violated orders from the prime minister not to fire live ammunition," the outlet continued.

State Department spokesman Ned Price said in a statement that the US was monitoring the situation.

"We are relieved to learn the Prime Minister was unharmed," Price said. "This apparent act of terrorism, which we strongly condemn, was directed at the heart of the Iraqi state. We are in close touch with the Iraqi security forces charged with upholding Iraq's sovereignty and independence and have offered our assistance as they investigate this attack. Our commitment to our Iraqi partners is unshakeable. The United States stands with the government and people of Iraq."