Is big tech readying to rig the 2020 election? 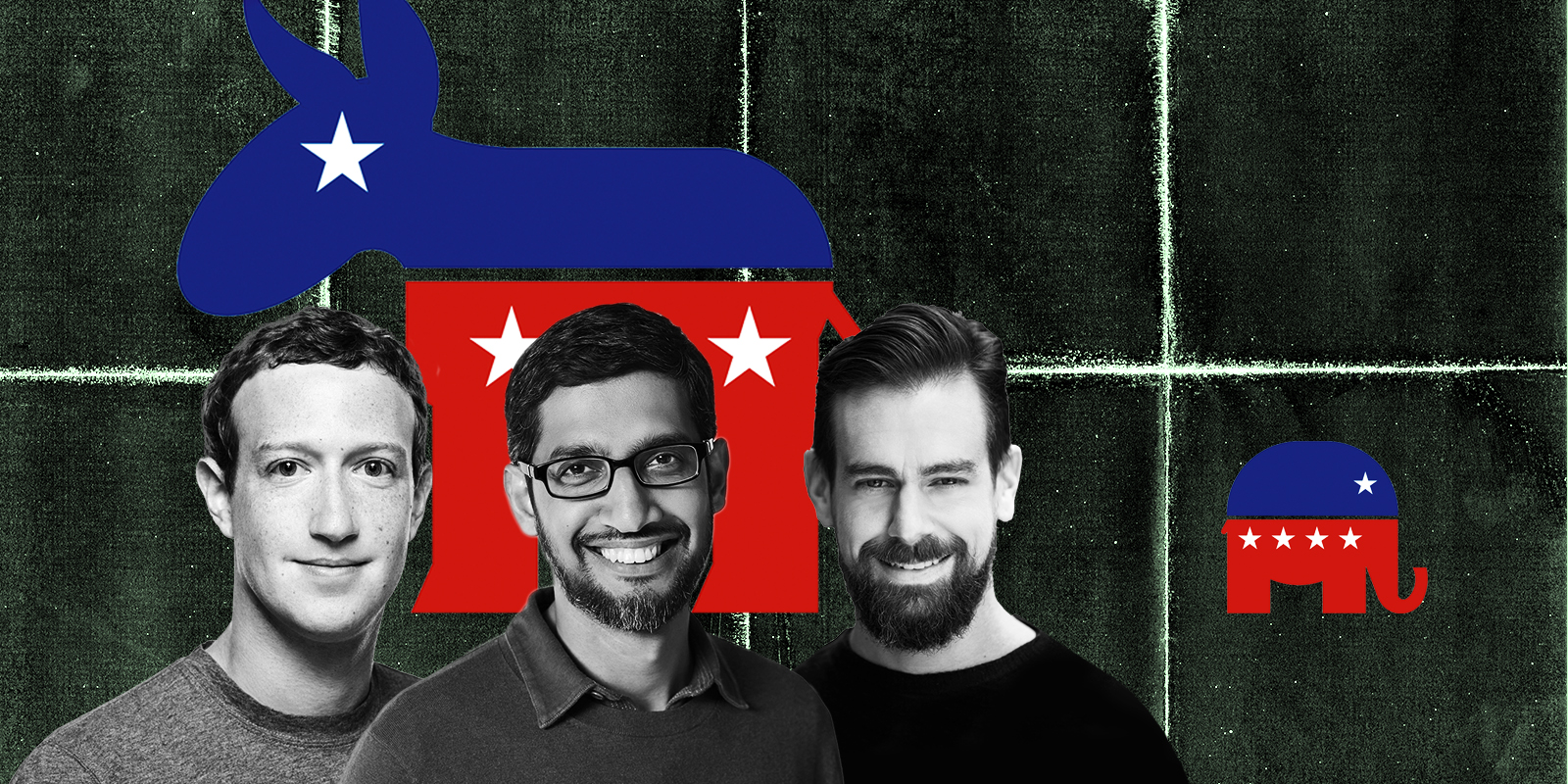 2019 was a landmark year for controversial decisions by Google, YouTube (owned by Google), and Facebook, where their power to snuff out political free expression became more publicly known. More and more evidence is surfacing that suggests efforts from the Big Three to minimize, or stifle, conservative voices.

And with the 2020 presidential election not so far away, the question remains: what effect will these Internet behemoths have on voters?

One of the biggest reveals came from whistleblower Zachary Vorhies. The former Google programmer blew the lid off of Google’s political bias, revealing the manipulation of search placements to tilt toward certain democratic candidates, and an autocorrect to favour them. Armed with his 950 pages of leaked documents, Vorhies asserted that Google programmed its algorithms to scale down the search engine’s results for right-leaning media, Republicans and Christian media.

The ramifications of data manipulation are just beginning to come to the surface. Confirming these theories, Dr. Robert Epstein spoke in 2019 to a Senate hearing to discuss his investigation into Google’s data intervention that he believes gave “at a minimum” 2.6 million more votes to Hillary Clinton.

The former editor-in-chief of Psychology Today is a visiting scholar at the University of California, San Diego, and the founder and director emeritus of the Cambridge Center for Behavioral Studies in Concord, Massachusetts.

The “very liberal” Clinton supporter dropped this bomb, too: the number one donator to the Clinton campaign of 2016 was Alphabet, a corporation formerly known as Google.

“You can bet all these companies will go all out… (The Big Three are) more powerful than anything I’ve seen in behavioural sciences,” he said in a 2019 government deposition.

He warned that 15 million votes could be shifted to the Democratic Party in the 2020 election due to data manipulation, and search engine tweaking.

But the Big Three’s crosshairs aren’t limited to votes or parties. Scores of “undesirable” media have been placed under the guillotine.

PragerU–a weekly online video series running since 2010 run by the charitable organization of the same name–has seen some 25 per cent of its 400-plus videos placed on YouTube’s “restricted” list. That means schools and libraries cannot view them. One of those is a lesson on “Thou Shalt Not Murder” from the Biblical Ten Commandments.

According to Google, who owns YouTube, teaching youngsters that it’s wrong to murder is off limits. PragerU claims it is censorship, and that Google’s rationale is really noble-sounding cover for squelching right-leaning voices.

Facebook appears to be gunning down the same road. Brian Amerige, a senior Facebook engineer validated this, saying the media giant is “quick to attack–often in mobs–anyone who presents a view that appears to be in opposition to left-leaning ideology.”

So it’s the perfect storm: the amount of power that the Big Three wields, married to the political agenda of those who run them, could mean a 2020 presidential campaign marred by technological tampering.

A right-leaning publication, Epoch Times, is the latest victim in what appears to be the cyber-gagging of those with differing political viewpoints.

Spurred by a Snopes investigation in December 2019, Facebook barred Epoch Times from advertising on the platform, owing to what they believe was a breach of terms of service. They claim this was mostly because Epoch Times has a connection to another outlet, Beauty of Life (BL), accused of inauthentic behavior, spam and misrepresentation, by advertising and posting using fake accounts.

The Post Millennial previously reported on the Epoch Times controversy in reference to a different matter, noting similar results to Capital Research, which found zero connection between Epoch Times and the BL’s online activities. Another rebuttal is unpacked by Epoch’s editor, Steven Gregory, who has stated that there is no link whatsoever to BL.

To whatever extent there was a remotely tenuous connection, happened to be that the two organizations had hired each other’s employees at separate times.

Facebook’s head of security policy, Nathaniel Gleicher, explained the issue (from their point of view) to NBC News: “What’s new here is that this is purportedly a U.S.-based media company leveraging foreign actors posing as Americans to push political content.”

Here’s the upper cut: Gleicher was also director of National Security Council, at the Obama White House, from 2013 to 2015. In 2007, he clerked with Democrat Senator from Vermont, Patrick Leahy.

So, if Facebook relies on “linkage”–tying two loosely-related organizations to the same thread–the same reasoning could be used for Gleicher. Might he have a vested interest in squelching conservative voices, given the liberal politics of his former employers?

Interestingly, Facebook, its investigators-for-hire Graphika, and the Digital Forensics Lab, appeared to overlook the tar-and-feathering by Snopes, laden with a political agenda.

In an NPR interview, Snopes VP of Operations Vinny Green highlighted positive coverage of President Trump as a problem. “What we saw was an extreme amount of pro-Trump content,” Green said. “Almost exclusively what we were looking at …was the amplification of pro-Trump media…” [emphasis mine]

This has the whiff of a politically-motivated hit job.

There’s reason the Big Three should be gnawing at their nails about Epoch Times. Its reach, resources, and readership are gaining a foothold.

And with ten million Facebook followers, “the Epoch Times now wields one of the biggest social media followings of any news outlet,” according to NBC.

All the more reason for any liberal organization to target it as persona non grata.

Seth Stephens-Davidowitz told me a sobering thought after he published his book Everybody Lies: Big Data, New Data, and What the Internet Can Tell Us About Who We Really Are.