It turns out the man behind the Tucker Carlson boycott is transphobic, racist, and anti-semitic

Angelo Carusone has used transphobic, racist, and anti-semitic language that’s much worse than the people he generally targets. 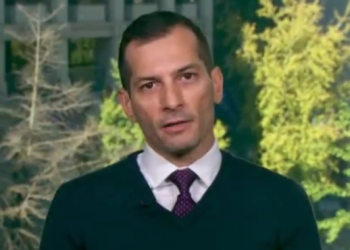 According to the Daily Caller, Angelo Carusone, the man behind Media Matters and the recently attempted takedown of Tucker Carlson has his own problematic past to answer for. As a matter of fact, it appears that he has used transphobic, racist, and anti-semitic language that’s much worse than the people he generally targets.

In a recently unearthed blog post from 2005, Carusone mocks “trannies,” “tranny lovers,” and a Bangledeshi man. In references to a story about a gang of Thai transvestites, Carusone writes: “Did you notice the word attractive? What the fuck is that doing in there? Is the write[r] a tranny lover too? Or, perhaps he’s trying to justify how these trannies tricked this Bangladeshi in the first place? Look man, we don’t need to know whether or not they were attractive. The fucking guy was Bangladeshi.”

In other posts, Carusone makes fun of female basketball players who were physically and psychologically abused by a Japanese coach, “Lighten, up Japs,” and says of his own boyfriend, “despite his jewry, you KNOW he’s adorable.”

Given Media Matters insistence on trying to police speech and ruin people for their past problematic language, it will be interesting to see how the public reacts to this stunning hypocrisy. Perhaps it’s time to “cancel” Media Matters.