Were it not for the actions of a brave man who fought back using a small table, and quick thinking by the people in the neighbouring synagogue who barricaded the doors, it could have been much worse. 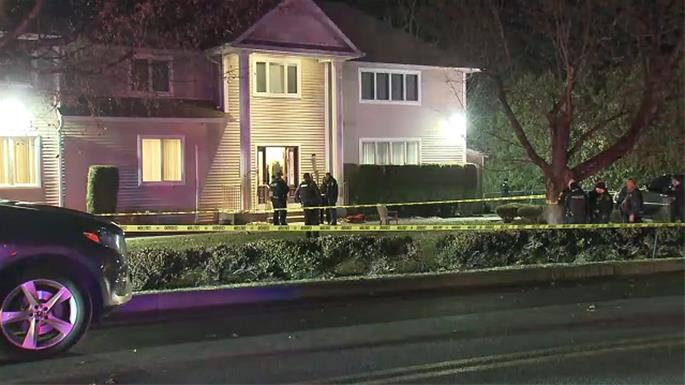 December 28, the 7th night of Chanukah, should have been a festive celebration at a synagogue in Monsey, New York. But it was a night of terror, ending with five seriously injured by a machete-wielding attacker.

Were it not for the actions of a brave man who fought back using a small table, and quick thinking by the people in the neighbouring synagogue who barricaded the doors, it could have been much worse.

North America’s Jews are seeing an almost daily reminder that the anti-Semitism once thought to be only a crisis in Europe and the Middle East, has now arrived on these shores. Jews again are targeted, hunted.

August/September saw four violent anti-Semitic attacks that took place back-to-back, and an assault on Jewish person almost every day in the last week of December:

And all of this comes off the heels of the horrific anti-Semitic Jersey City shooting, at a kosher grocery store, Dec. 10.

While there were many human casualties, what added insult was the casualty of truth: officials refused to identify where this hate had come from. The attackers were not alt-right, Caucasian MAGA hat-wearing Trump fans. Yet that seemed to be the preferred narrative of the political and pundit class.

The Jersey City attacker, a black man, was inspired by racist “Black-Hebrews” and anti-Semite Louis Farrakhan. Though that didn’t stop politicians from pointing the finger at the white supremacist bogeyman, as Congresswoman Rashida Tlaib tweeted (but later deleted.)

The alleged Monsey attacker, also a black man, was spurred by Nazism. Bafflingly, community voices and officials couldn’t wrap their heads around that.

Avi Benlolo, director of Canadian Friends of Simon Wiesenthal Centre, said in a television interview that these acts were spurred by “white supremacists” and “hatred on campus.” Erin Biba, a fact-checker that works for NBC News and BBC blamed—you guessed it—white supremacy. (Biba has since deleted her entire Twitter account).

In a gross perversion of the facts, New York mayor Bill de Blasio went on to blame Donald Trump and the “rhetoric out of Washington.”

Enablers, all of them. You cannot treat the disease unless you correctly identify the symptoms.

As expected, Governor Cuomo and Mayor de Blasio (both Democrats) spoke about their outrage and shock after the Monsey stabbings. Quite obligatory, perfunctory, expected boilerplates. But the time for namby-pamby wishy-washy airy-fairy feelgood speeches … is long over.

“Words are cheap,” fired former Brooklyn Assemblyman Dov Hikind. “Jews in New York are sick and tired of the tweets condemning anti-Semitism, we don’t need tweets, we don’t need press conferences, we need action and we need it now!”

“Find me one person,” he demanded of the political elite, “that’s doing something… we wanna know the plan. There is no plan right now. This is gonna happen again and again.”

Since apparently there is no plan, and the political class are only kind enough to offer podium-thumpings and “condemnation,” people are now taking matters into their own hands. Jews have taken it upon themselves to pack their own weapons, some with assault rifles.

Curtis Sliwa, of New York’s Guardian Angels, also leapt into action. In a powerful and poignant interview with the media he said that Cuomo and de Blasio didn’t have the “onions” (balls) to do much more than offer empty platitudes. He, as his posse of security detail, are now patrolling the streets of New York, and say they will do anything to stop an attack. And he means it. We know this because for three months after the Brooklyn riots of 1991 the Angels pounded the pavement to keep the streets safe. Here’s the kicker: none of the Angels are Jewish, but they all believe “an attack on Jews is an attack on all of us.”

We can learn a thing or two from Sliwa, the armed Jews, and the admonition of Assemblyman Hikind.

First: The time is now to have trained armed security guards—not just security cameras—at all Jewish schools and synagogues. And the onus should be on the state to protect its most vulnerable citizens. The pressure should be ratcheted up against any and every elected official until they realize their campaign donations and votes will be in jeopardy if they don’t act on this immediately.

That remains one of the lessons of the Holocaust: Jews will always remain a target, and we must use force if necessary to save lives.

Second: we need to inoculate the next generation. All schools should have a mandated curriculum on anti-Semitism, the Holocaust, and how hate manifests itself. It’s quite nice that the educational system has eked out time to teach kids on LGBTQ issues; surely they can spare a moment to talk about the world’s oldest hatred.

That remains another of lesson of the Holocaust: ignorance and hatred can spread like a cancer; it must be stopped, and stopped early.

Third: The political class needs to toughen up on perpetrators of any hate crime. Crickets … from these same elected officials, on the immediate release of Tiffany Harris, the unrepentant perpetrator of the Dec. 27 physical attack on three Orthodox women. It gave a permission slip to any anti-Semitic would-be assailant that their crime might go unpunished.

And that remains yet another lesson of the Holocaust: hatred flourishes when good people sit on the sidelines.

The International Day of Commemoration in memory of the victims of the Holocaust is coming up, Jan. 27, 2020, and it’s a good time to ask those in the positions of power if they really understand the greater lessons. Press them, buttonhole them, test them.

Because Tweets, speeches, condolences, press releases, and sacrificing the truth on the altar of political correctness is really a spit in the face to “Never Again.”