NDP party leader Jagmeet Singh made a claim regarding the death of Regis Korchinski-Paquet, stating that she was actually killed by police. Singh's statement led him to face harsh criticism from all sides, with many denying the veracity of his remarks. 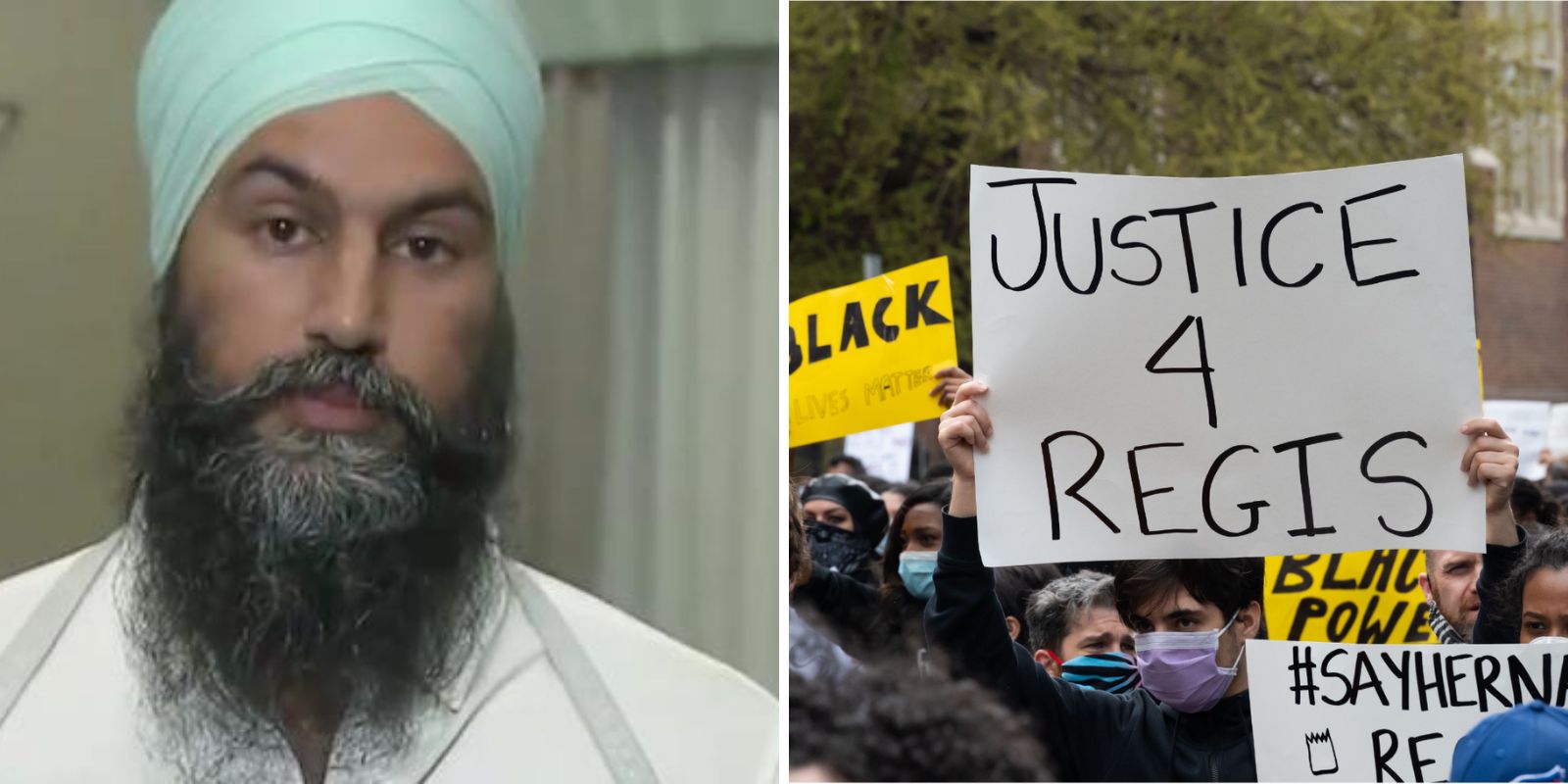 NDP party leader Jagmeet Singh made a claim regarding the death of Regis Korchinski-Paquet, stating that she was actually killed by police. Singh's statement led him to face harsh criticism from all sides, with many denying the veracity of his remarks.

This week, a civilian watchdog group cleared the police officers involved in her death of any wrongdoing.

"On Wednesday, the Canadian province of Ontario's Special Investigation Unit (SIU) released the results of an investigation into the high-profile case, finding "no reasonable grounds to believe that any of the officers committed a criminal offence in connection with Ms Korchinski-Paquet's death".

The investigation also found that there was no racism involved in her death.

According to Spencer Fernando and other commentators, there's no truth to Singh’s inflammatory allegations. Furthermore, this isn't the first time Singh has landed himself in hot water for outrageous statements like this.

Korchinski-Paquet fell off a balcony while trying to climb between balconies. All due effort was employed to try to save her life, but rescuers were unable to resuscitate her. A thorough investigation confirmed that first responders and police were not at fault.

Singh's narrative goes against the evidence, and his claim that a “life was taken” was called out as inflammatory, as if her death were due to someone else’s deliberate actions, as opposed to being an accident.

Canadians who took issue with Singh's claim, with many unafraid to share their thoughts on the matter.

"I'm incredibly disappointed in this statement. This woman lost her life and that is tragic but trying to navigate balconies and failing is what killed her. Perhaps the system failed her before she hit the balcony but the police didn't cause this."

"It is high time politicians lost the protections they have for slander and libel and face the full weight of the law when they make unfounded accusations."

Singh is now being accused of trying to sow division and conflict within the Canadian political sphere.