JK Rowling speaks out after trans activists dox her

Rowling said that perhaps those who claim that trans activism isn't a threat to women should stop threatening women. 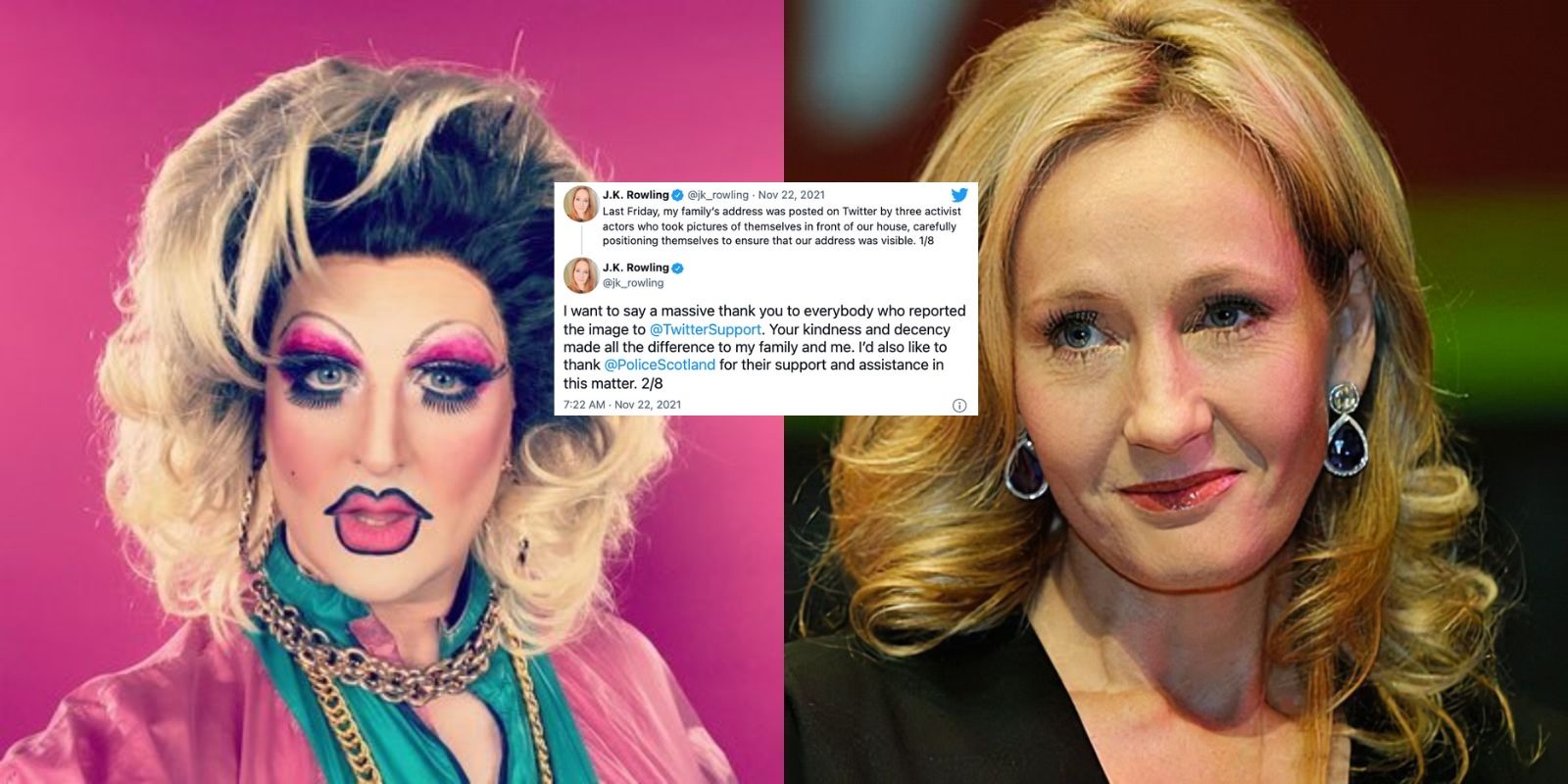 A drag queen and a trans activist showed up at celebrated author JK Rowling's home on Friday and took photos of themselves with the address fully visible, essentially doxing the writer and her family.

"Yesterday we posted a picture we took at JK Rowling’s house," Holly Stars wrote. "While we stand by the photo, since posting it we have received an overwhelming amount of serious and threatening transphobic messages so have decided to take the photo down. Love to our trans siblings."

Rowling responded to the doxing, and the photos, on Monday, revealing that many reported the photos as a violation of Twitter policy. She said she appreciated that the pictures were removed.

This view has come under fire in recent years as it is believed to be mean to men who believe themselves to be women despite not possessing any female anatomical characteristics. These women have been outspoken despite threats to their livelihoods and their persons.

They have used whatever means they have had to speak up for women, for women's rights, and for women's spaces in the face of a trans lobby that would see them silenced, doxed, fired, and in some cases physically harmed.

Rowling praised these women for their courage in the face of what is essentially a male movement to silence women and usurp their social place. She knows they've been threatened because they have told her, she knows what lengths they've gone to simply to say fully and truthfully that women exist as biological entities that are distinct and separate from men.

"None of these women," Rowling writes, "are protected in the way I am. They have their families have been put into a state of fear and distress for no other reason than that they refuse to uncritically accept that the socio-political concept of gender identity should replace that of sex."

To those who showed up at her home with the intention of intimidating her and revealing her home address to a world of online haters, Rowling said that she has to assume that they thought she would be intimidated by the doxing. But Rowling is not to be intimidated. She has stood firm since she backed Maya Forstater in 2019, and she has not backed down.

"I've now received so many death threats I could paper the house with them," she wrote, "and I haven't stopped speaking out." Rowling said that perhaps those who claim that trans activism isn't a threat to women should stop threatening women.

JK Rowling, creator of the Harry Potter characters and the entire wizarding world, which is now the basis for films, books, plays, amusement parks, and is home to the imaginations of children worldwide, is too big to be cancelled for her views. But that hasn't stopped her detractors from trying.

An upcoming Harry Potter reunion, featuring many actors from the films, has decided to leave Rowling out of the festivities.

The tweet that Rowling posted that started the controversy was simple, equal-minded, and 10 years ago would have been entirely innocuous.

She wrote "Dress however you please. Call yourself whatever you like. Sleep with any consenting adult who'll have you. Live your best life in peace and security. But force women out of their jobs for stating at that sex is real?" She stated that she stood with Maya Forstater, an economist who was forced from her job for yes, stating that biological sex is an immutable fact.