While one might think that wanting to screw over those in power may be as old as power itself, Chris Cillizza seems to believe that this behaviour was invented by Trump. 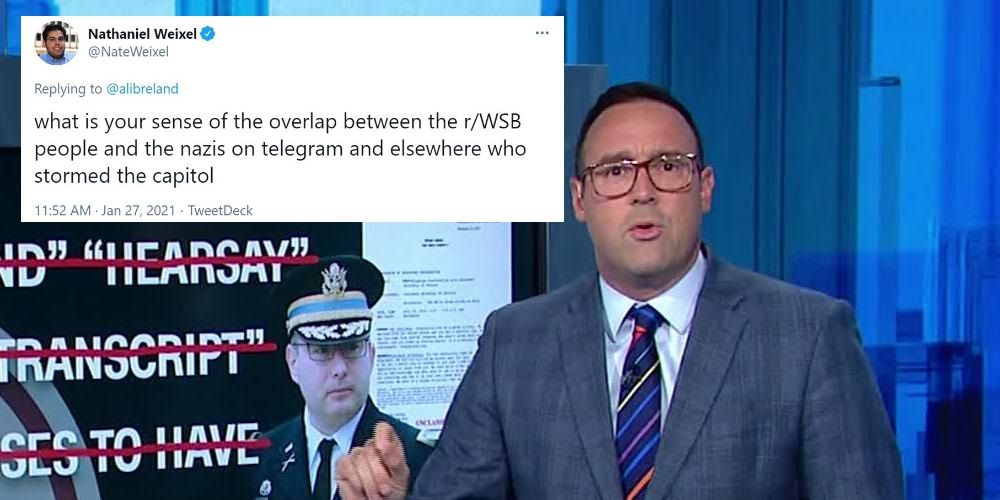 The price of GameStop stocks have surged in recent days after a group of Redditors on the subreddit r/wallstreetbets sought to take advantage of the peculiar stock position facing the company. The company's stocks were shorted by more than 100 percent, meaning that there was more money placed in bets that the stock price would go down then there was money in actual stocks of the company.

The sudden surge bewildered journalists and angered Wall Street executives, with many from the latter group calling for the government to intervene in what they described as stock "manipulation." Many of the Redditors involved have suggested that the reason they have been criticized in such a way was because they are ordinary people who managed to take a toll on the profits of the powerful.

Journalists, seeking to defend the powerful on Wall Street, have taken a different route, scrambling to link the sudden surge in stock prices to their favourite boogeymen – Donald Trump and white supremacy.

CNN editor-at-large Chris Cillizza published an article arguing "how Trumpism explains the GameStop stock surge." He explains that many of the Redditors who invested in GameStop, like people who voted for Trump, felt like they were putting a "middle finger to the elites."

"The point is that there is no real point beyond showing up the pros -- proving to them that they aren't as smart as they think they are and that they don't have the ability to control everything," Cillizza writes. "Which, again, has its roots in Trumpism."

While one might think that wanting to screw over those in power may be as old as power itself, Chris Cillizza seems to believe that this behavior was invented by Trump. If not for Trump, after all, why would anyone want to screw over the powerful?

If you are not yet convinced by Cillizza's pristine, totally apples-to-apples comparison, he also wants you to know that Reddit, which has 330 million users, "was also a gathering spot for some of the most ardent Trump supporters in 2016."

He also cited the fact that Elon Musk tweeted support for the Reddit investors. Cillizza points out, on a note that is unquestionably related, that Elon Musk opposes social media censorship much like Trump does. Obviously Musk and Trump seeing eye to eye on the issue of big tech censorship constitutes evidence that Redditors investing in GameStop were motivated by Trump.

Cillizza forgot to mention, however, that both Donald Trump and Redditors drink water.

It goes without saying, of course, that all of this is ridiculous. Trumpism is not the reason that a bunch of people on Reddit decided to suddenly invest in GameStop. First of all, as is clearly evident from the surge, many people did make money from the scheme. Moreover, as mentioned before, screwing over the powerful is as old as power itself. It certainly was not a motivation which began with Donald Trump.

Most of all, there is no evidence whatsoever linking the majority, or even a large portion of the investors to Trumpism. At best, Cillizza's article constitutes nothing more than mindless speculation.

As it turns out, however, Cillizza's article may approach the more rational end of the spectrum of bad takes regurgitated by the media on the topic. Journalists Ali Breland and Nathaniel Weixel, who work at Mother Jones and The Hill respectively, took to Twitter on Wednesday to speculate how investing in GameStop can be linked to – you guessed it – white supremacy.

Not only that, but the trading in GameStop stocks can even possibly be related to the storming of the Capitol on Jan 6 according to these intellectual heavyweights.

In a recent interview with Reason, journalist Glenn Greenwald criticized many of his colleagues in the industry for refusing to challenge people in power, instead seeking to regurgitate what powerful people tell them.

"[Journalists] don't believe in the right of citizens to confront power centers," Greenwald explained. "They think that reporting means somebody in power, like in the CIA or the FBI, gives you information and tells you to go repeat it to the public. And then you go and do that. And they think that's reporting."

When applied to the case of Redditors investing in GameStop, it appears Greenwald is completely correct. It is estimated that hedge funds may have lost up to $5 billion for their shorts on GameStop, with one firm already receiving a bailout for their losses.

In this case, ordinary citizens challenged the powerful in the world of Wall Street and, at least at the moment, are seemingly winning. In turn, Journalists once again came out in full force to defend the powerful against the little guy, smearing those who challenge power as white supremacists and Nazis, and attempting to falsely link the investors to Trumpism. While the actions of the journalists is sad, it is nonetheless predictable behavior for the time.