Julian Assange to be extradited to the US

A US grand jury indicted Assange last year on 18 charges, 17 of which fall under the Espionage Act. 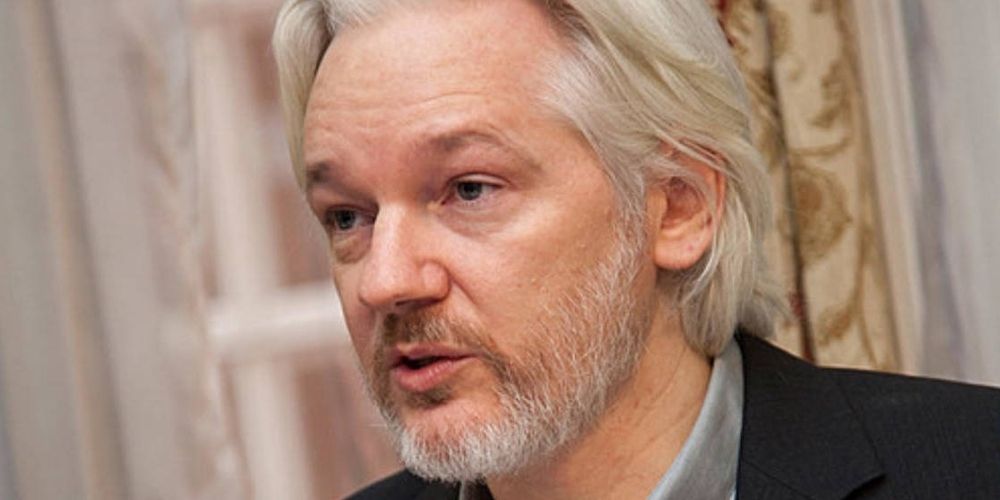 On Friday, a court in the United Kingdom ruled that Wikileaks founder Julian Assange can be extradited to the United States.

A US grand jury indicted Assange last year on 18 charges, 17 of which fall under the Espionage Act, for allegedly conspiring to disclose national defense information following the publication on Wikileaks of thousands of documents pertaining to the Afghanistan and Iraq wars, according to the Daily Mail.

Following a two-day hearing in October, the Lord Chief Justice Lord Burnett, sitting with Lord Justice Holroyde, ruled in favor of the US on Friday.

This ruling follows a previous one made in January, in which district judge Vanessa Baraitser ruled that Assange should not be extradited to the United States, citing a a real and "oppressive" risk of suicide.

The US appealed that ruling, stating that it has given diplomatic assurances that he will not face the strictest measures either pre-trial or post-conviction.

They also stated that his sentence would most likely be between four to six years, instead of the 175 years his defense has argued would be brought against him.

The case will now be sent to Priti Patel, the Home Secretary of the United Kingdom, who will make the final decision on Assange's extradition, though Assange is expected to appeal Friday's ruling.

"The senior judges found that the previous judge had based her decision on the risk of Assange being held in highly restrictive prison conditions if extradited," wrote the Daily Mail.

The US has assured that Assange would not face these strict measures unless he commits an act in the future that would require them.

"That risk is in our judgment excluded by the assurances which are offered. It follows that we are satisfied that, if the assurances had been before the judge, she would have answered the relevant question differently," Lord Burnett said. "That conclusion is sufficient to determine this appeal in the USA's favor," he added.

"For the reasons given in the judgement which is today handed down, the court allowed the appeal on the grounds that the district judge, having decided that the threshold for discharge under Section 9 of the Extradition Act 2003 was met, ought to have notified the USA of her provisional view, to afford it the opportunity to offer assurances to the court," Lord Justice Holyrode said.

"The USA has now provided the United Kingdom with a package of assurances which respond to the DJ's specific findings," he added.

James Lewis QC, for the US, said the district judge based her early 2021 decision on Assange's "intellectual ability to circumvent suicide preventative measures," which risked becoming a "trump card" for those who wanted to oppose their extradition regardless of any resources the other state may have.

"Mr Lewis said that the four 'binding' diplomatic assurances made were a 'solemn matter' and 'are not dished out like smarties,'" wrote the Daily Mail.

These assurances include that Assange would not be submitted to special administrated measures (SAMs) and that he would not be detained at ADX Florence Supermax jail if extradited.

It also includes the assurance that the US would consent to Assange being transferred to Australia to serve out any prison sentence.

US authorities have also argued that Assange is well enough to be extradited, with Lewis telling the court that his mental illness "does not even come close" to being so severe that he cannot be sent overseas.

In a statement following the ruling, WikiLeaks editor-in-chief Kristinn Hrafnsson said, "Julian's life is once more under grave threat, and so is the right of journalists to publish material that governments and corporations find inconvenient."

"This is about the right of a free press to publish without being threatened by a bullying superpower," she added.

Assange was supported in court of Friday by his fiancee Stella Morris, "the lawyer who he secretly fathered two children with while she helped fight against his extradition," according to the Daily Mail.

"We will appeal this decision at the earliest possible moment. How can it be fair, how can it be right, how can it be possible, to extradite Julian to the very country which plotted to kill him?" Morris said.

"I want to emphasize that the High Court accepted all the medical evidence and the conclusions of the magistrate that if Julian is extradited and placed under extreme conditions of isolation it will drive him to take his own life, that extradition is oppressive," she added.

"They incorporate the possibility of breaking those assurances in their very wording. Today, it's been almost a year since I stood outside court with our victory of the blocking of the extradition," she continued. "To have the foremost publisher, journalist, of the past 50 years in a UK prison, accused of publishing the truth about war crimes, about CIA kill teams."