The Prime Minister refused to show up to the Maclean’s debate. 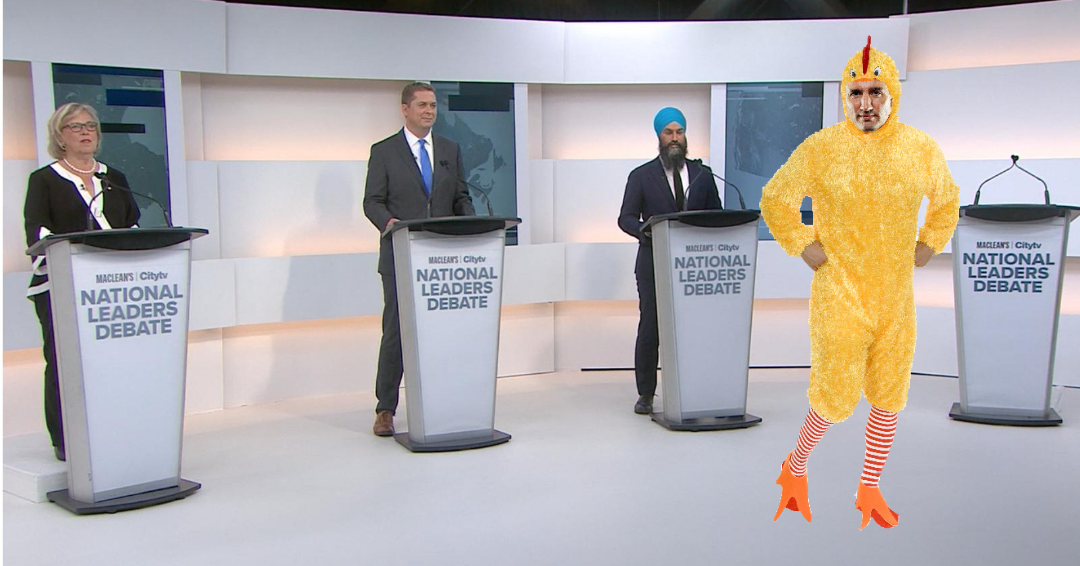 The first debate during the 2019 federal election has finished and one person was notably absent.

It wasn’t Stephen Harper. He isn’t running this time. It’s Justin Trudeau who actually chickened out of the debate.

Instead of taking part in the democratic process, the Prime Minister chose to spend the day in Edmonton with a candidate’s campaign, likely attempting to provide as little time for the opposition to criticize the current government’s scandal-filled track record, which currently includes an RCMP inquiry around the SNC-Lavalin affair.

Trudeau’s decision to be a chicken and skip the debate stood in stark contrast to the 2015 election when he called out the previous Prime Minister out for skipping some debates.