We need the leadership we are seeing in provinces across the country, where premiers are rolling up their sleeves. We need Justin Trudeau to take responsibility and lead. 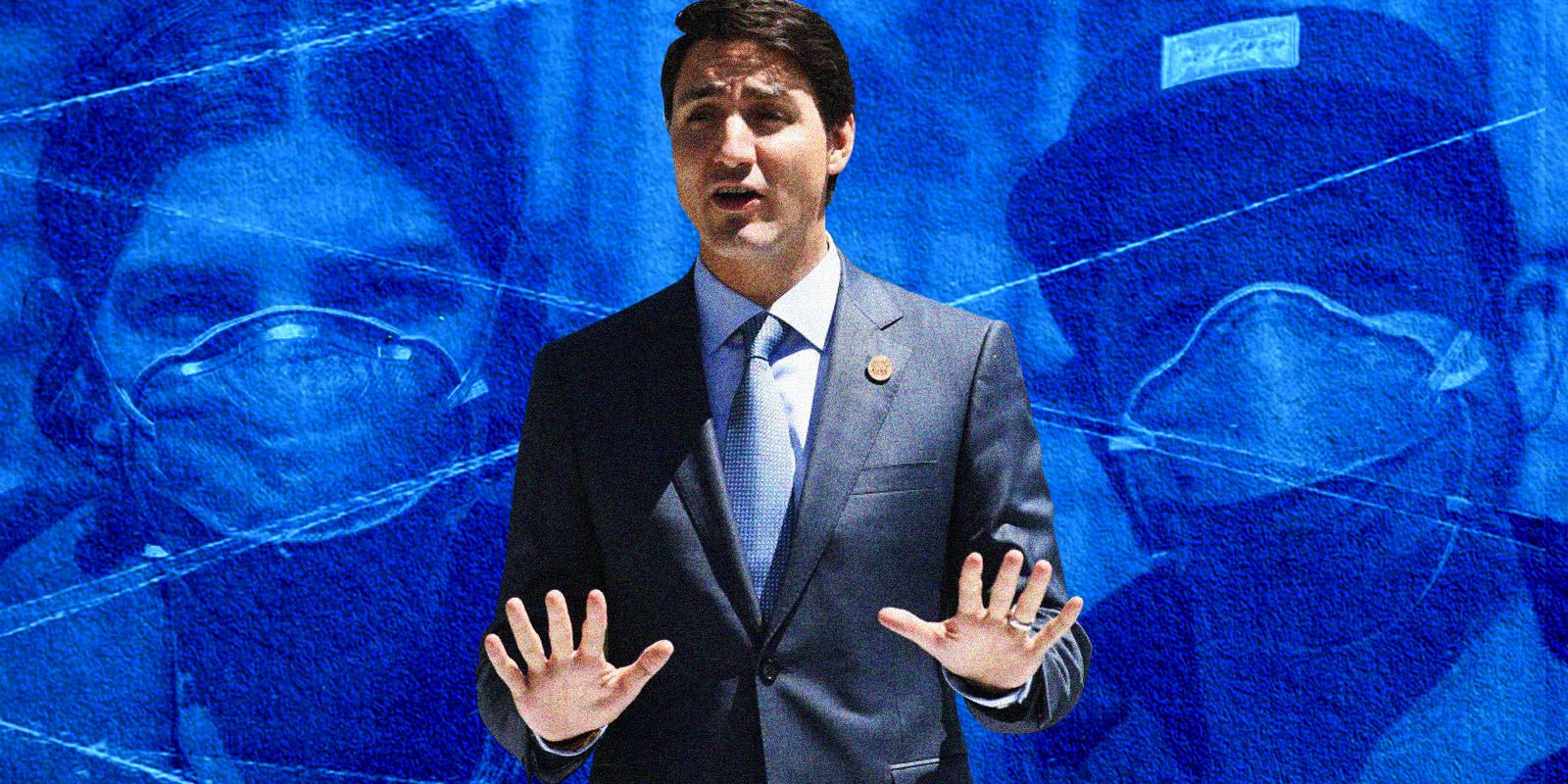 If you try to picture in your mind someone who embodies the term "privilege"—as it is most commonly used by Canada's progressive left—you would have a difficult time conjuring a better example than Justin Trudeau. You certainly wouldn't likely imagine a senior citizen spending their days in the common room of some nondescript long-term care facility, or one of the millions of everyday Canadians who have now lost their job or had their hours severely restricted because of physical distancing measures imposed by governments across the world due to of COVID-19.

A few weeks ago, I lost my grandfather. It was sudden, but I am comforted that he had a long, healthy life, and I have nothing but good memories of him. In addition to how to tie a proper knot on a fishing lure, I learned many things from my grandfather including the value of saving during good times for when lean times come, and personal responsibility—owning up to your actions. Justin Trudeau exemplifies none of the values passed on to me or millions of other Canadians.

Justin’s leadership from the very beginning has been about himself, and in many ways I get why; he’s charismatic, affable, and seems able to connect with people on a personal level. But let’s not kid ourselves either—Justin Trudeau grew up at the centre of Canadian politics, passing among the circles of power that have directed this country for generations, and at the feet of—whether you liked him or not—one of the most impactful prime ministers Canada has seen, his father Pierre Elliott Trudeau. He’s no political neophyte; he knows well the privilege and pull his name alone carries. But every time he gets himself into trouble, he’s quick to avoid responsibility by switching from “me” to “we” and pontificating about larger lessons that you and I need to embrace instead of himself.

Recently, during one of Justin Trudeau's regular press conferences—which more and more are taking on an air of an election platform, with new funding announcements made almost daily—the prime minister admonished Canadians for failing to take care of seniors, in that gossamer way only a man born of privilege and who led a life never having to be responsible for anything can.

"We need to do better," he said. “Because we are failing our parents, our grandparents, our elders—the greatest generation who built this country. We need to care for them properly.”

We are failing seniors? Excuse me? "We" didn't close several strategic medical supply depots in 2018 that are meant to house the necessary personal protective equipment our front line health workers need in exactly times like this.

"We" didn't send hundreds of thousands of medical masks and gloves to landfills last year, and let hundreds of tons of other medical supplies expire without replenishing them like Justin Trudeau's government did last year.

"We" didn't ship hundreds of thousands of pounds of other critically needed medical supplies overseas to China, just as the pandemic was coming here.

"We" didn't fail to enact travel bans or even properly screen travellers who were arriving at airports from global hotspots like Wuhan or Milan. Not only did the government fail to take sensible precautions like this, that other nations like Taiwan and New Zealand did, but Justin Trudeau scolded Canadians for even suggesting it.

These are just the latest examples where "we" are being blamed for something that Justin Trudeau has done. Last year "we" were taken to task by him because someone (who can remember who?) had been caught wearing blackface several times, so many times in fact that that special someone couldn't even put a number on the amount of times they wore blackface. (author's note: I can tell you exactly how many times I've worn blackface—zero).

Before blackface, "we" didn't fire a woman from our Cabinet (and force another to resign) for standing up to us on a principle of prosecutorial independence & government interference, rather than just go along with a scheme that allowed other privileged friends evade responsibility.

“We” didn’t break Canadian law by taking private jets to the private Bahamian island of a billionaire who regularly lobbies our own government.

And in the now-infamous "Kokanee grope" incident, Justin Trudeau had to give us Canadians a sermon on sexual harassment. Again, "we" didn't sexually harass a female reporter at a local newspaper, then try to laugh it off by saying "if I knew you were a reporter I wouldn't have been so forward."

At the time of writing, over 45,000 cases of COVID-19 have hit our country, and sadly almost 2,500 Canadians have died as a result. Provincial governments have largely led the way in tackling the crisis by sending their own health officials to screen travellers at airports because federal workers weren't and enacting emergency measures to help stop the spread.

What we have done, by the millions, is weather the crisis as best we can by staying home, avoiding contact, and for too many by losing jobs and businesses and livelihoods we have not escaped the results of these actions. We are taking the full brunt of them, on the chin as they say. What we need from our prime minister now is not another lecture, not more “do as I say, not as I do” leadership as he tries to shift responsibility for his actions and inactions again to an abstract "we." We need  to lay out a plan that gets us back to work, back with our friends & family, and back to normal safely, responsibly, and as quickly as possible.

We need the leadership we are seeing in provinces across the country, where premiers are rolling up their sleeves. We need our federal government to take responsibility and lead. We’ve done our part to be responsible during this crisis, now it’s time for Justin to finally move from "we" to "me."