"The women of New York will never be subjugated to government mandated pregnancies because that’s what will ensue if Roe v Wade is overturned by the Supreme Court." 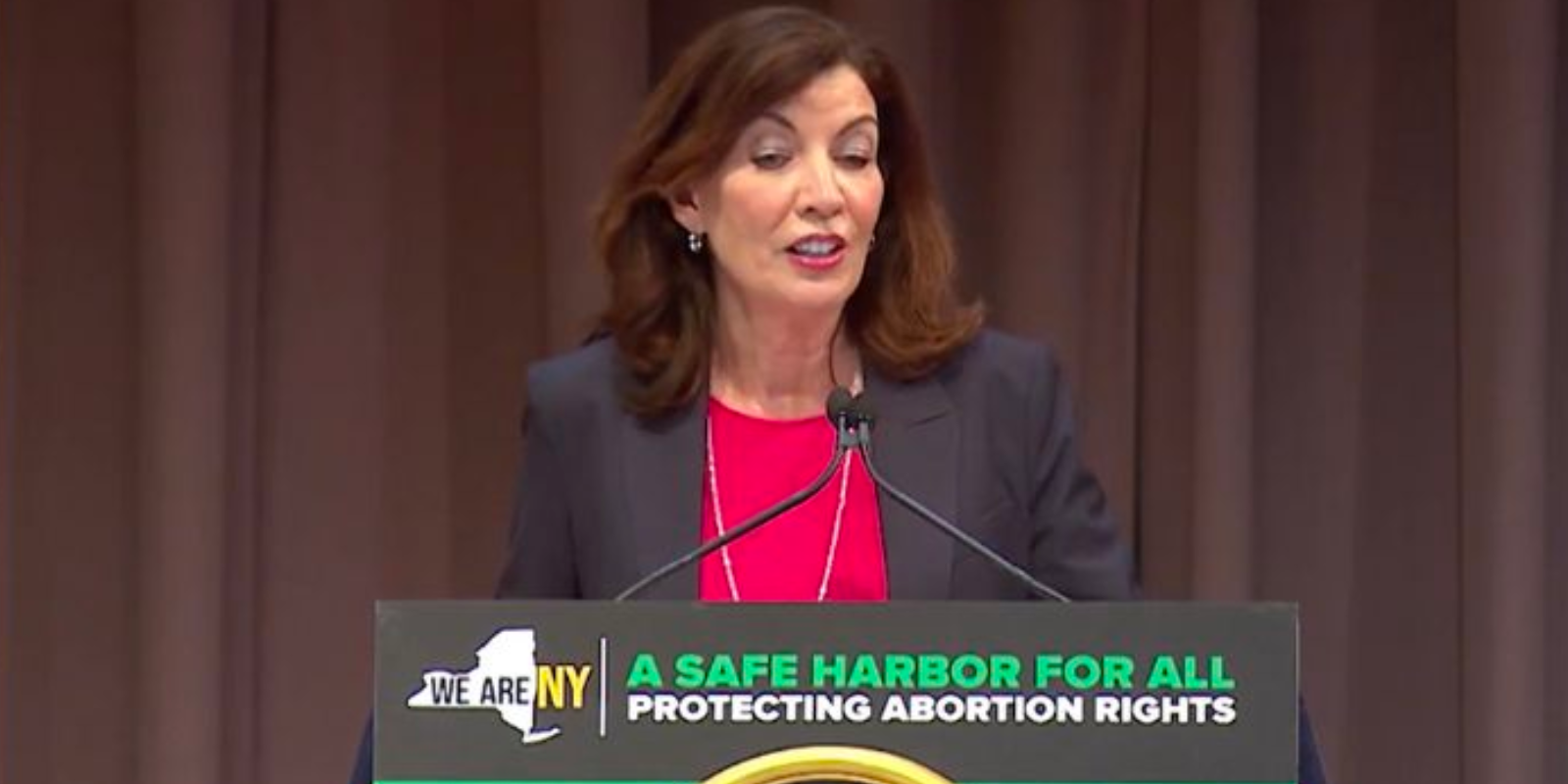 Unelected New York Democrat Governor Kathy Hochul on Monday signed a package of bills into law protecting abortion providers in the state ahead of an expected Supreme Court ruling as soon as Wednesday that could overturn the Roe v. Wade decision.

Hochul said at a press conference at Cooper Union in Manhattan, "The sky is on the verge of falling, literally, in the next week or two that is a very real possibility. And that’s why we’re here today."

She continued, "This is the United States of America, where freedom and liberty are supposed to mean something It’s the rock upon which we are founded … except in the eyes of some neanderthals who say women are not entitled those rights."

"The women of New York will never be subjugated to government mandated pregnancies because that’s what will ensue if Roe v Wade is overturned by the Supreme Court," Hochul said.

According to the New York Post, the six bills signed by Hochul are part of a larger effort to make New York a sanctuary for women from out-of-state who are unable to access such services. States such as Mississippi and Texas recently codified news restrictions.

One of the new laws will ban the authorities in New York from cooperating with out-of-state probes into lawful abortions. Another law restricts medical malpractice insurance companies from targeting providers based on complaints filed in other states.

Additional laws signed by Hochul will prohibit professional misconduct charges against health care providers and establish a right to sue those who might inhibit access to services.

Another law will make it easier for abortion providers to conceal their addresses.

Additionally, as part of the signed laws, the New York Department of Health will study pregnancy centers backed by anti-abortion forces under the final law.

Albany Democrats passed the bills in the final weeks of the 2022 legislative session after a draft SCOTUS decision was leaked weeks ago that showed the court was ready to strike down Roe v Wade.

Hochul has campaigned on abortion in the lead up to the June 28 Democratic primary for governor even though abortion rights based on Roe v. Wade were codified into New York law in 2019.