Twelve adults and one minor were arrested. A judge set bail for rioters at $1 million each. 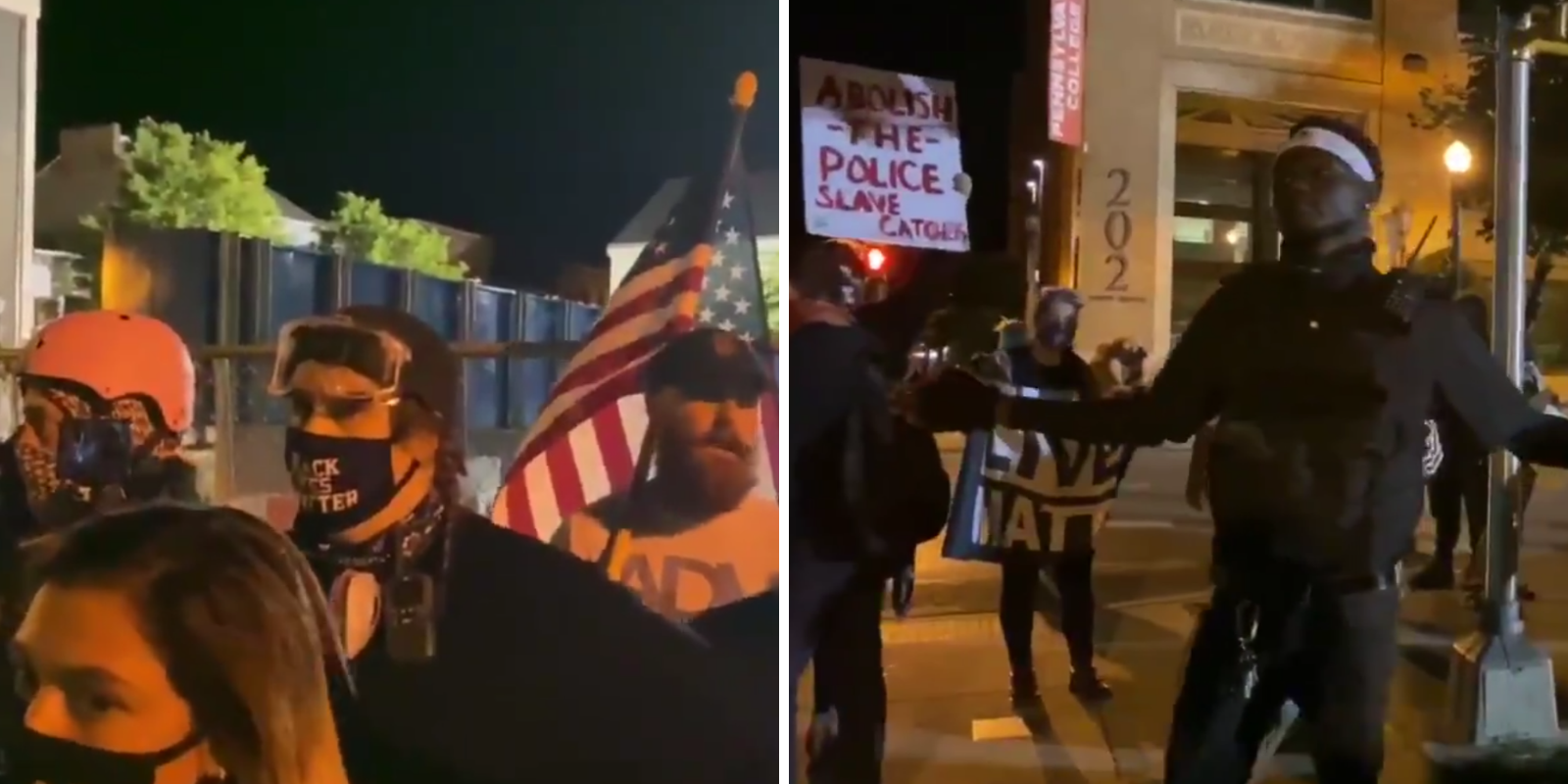 On the second night of the Lancaster protests, Black Lives Matter activists were met with the swift action of law enforcement. Twelve adults and one minor were arrested. A judge set bail for rioters at $1 million each.

The minor who was arrested faces charges of "riot, disorderly conduct, possession of instruments of crime, possession of a small amount of marijuana, propulsion of missiles onto a roadway and institutional vandalism."

BLM activists entered into a dispute with a man holding an American flag outside the Lancaster city police station, eventually surrounding him and blocking him off from exiting the scene. One brandished a "Defund the Police" sign in front of the victim.

"If you truly believe 'Black Lives Matter,' we wouldn't be standing out here protesting," one of the activists said from behind his skull-and-crossbones face mask has he approached the bearded flag-bearing man.

"I believe that black lives matter," the man said.

As the masked man interjected, the patriot declared that "a majority of Americans believe that black lives matter."

"Why don't they show us?" the aggressor fired back.

Another woman wiggled her finger, indicating to the mob to "turn around" and press the dissenting man against the barbed wire fence.

Police drones monitored the scene from above.

Police readied in protective riot gear ahead of the protest.

One protester claimed that bail is set for $1 million for all riot arrestees regardless of the crime. A demonstrator flew a BLM flag while wearing a "F**k Racism" t-shirt outside the Lancaster Police Bureau building.

Their counterparts questioned: "Were they not supposed to detain us because of this virus?"

"Why are you taking our people?" she added. "You're killing us and putting us in jail cells. For what? For us voicing our opinion. For us telling you murderers you're wrong. We have children. We have family. Come talk to us. Stop fighting. And if we kill you that's an issue."

The same woman sat down on the police fencing, then questioned why civilians "aren't allowed to" carry a weapon when police officers are lawfully armed.

"You're stripping us of everything we need to protect ourselves," she continued. "We only got our body, hands, fists, legs, our bones, our blood. And yet you get to walk around with multiple weapons at a time: mace and gun tasers. You have all these weapons and we have nothing. Yet you're scared of us for voicing that this is wrong."

During a false conclusion of the protest, a lone woman clarified on a megaphone that the mantra "No Justice, No Peace" does not directly intend violence. "For us to not be here, for them to not see us is there peace," she vocalized.

"But with that being said, just please stay safe. And if there is no purpose or reason to be out here, please go home, please, please, please," the speaker passed the message along from leadership whispering into her ear.

Then a woman rushed to the group, pleading for help and shouting: "They're arresting my cousin!" The crowd mobilized immediately to charge the police encounter around the block.

Angered by the reports of the arrest down the street, the remaining crowd then turned on their heels to march back to the police station, regurgitating their "No Justice, No Peace" chant.

As the raging mob approached, several shouted expletives at the police station. "F**k you!" can be heard followed by "you little b**ch."

Protesters were dispersed by 12:45 a.m. though a few stragglers lingered.

BlazeTV host Elijah Schaffer reported that all unrest was quelled in less than 24 hours due to proactive policing. Bail was set extremely high for rioters. Any suspected criminals were arrested, in stark contrast to Portland's catch and release policies.

Munoz was shot on Sunday as he charged at police officers with a knife.