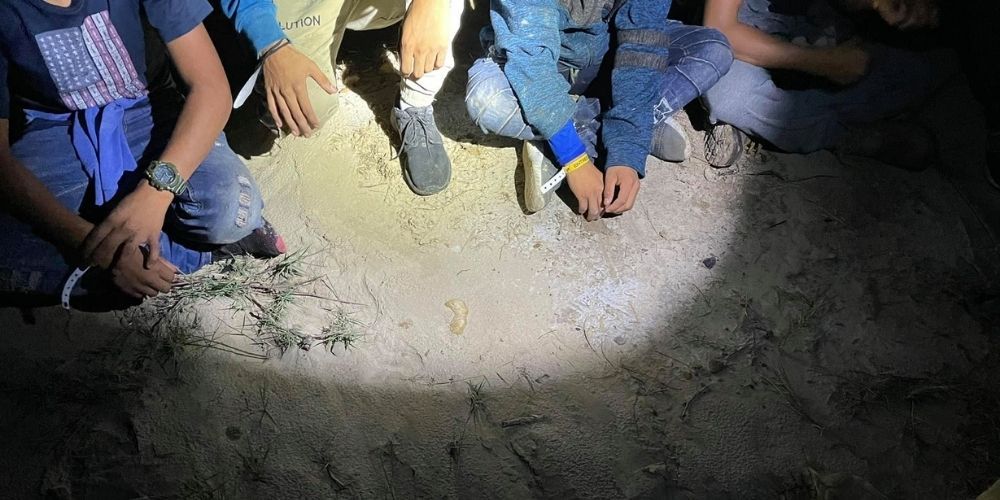 A Texas mayor is calling migrant caravans headed to Austin and Houston a "public health crisis," as they continue to travel without first receiving a COVID test. The migrants, mostly all families, were legally released by federal authorities to travel the US.

Laredo Mayor Pete Saenz said the city sent 200 migrants in charter buses to Austin and Houston. They provided them with PPE and masks, reported Valley Central.

Saenz expressed uncertainty whether local NGOs tested migrants upon arrival but noted that his officials notified emergency management coordinators when the buses were en route. "These migrants aren’t being tested. Border Patrol doesn’t test them," he said.

"When you test, then if they’re positive, there’s an obligation there, or duty, to quarantine," he said, "and that’s expensive, and the NGOs don’t really have that capacity here locally." Saenz attributed the lack of infrastructure for testing and quarantining as the reasons why.

Laredo filed a lawsuit in July against the Department of Homeland Security (DHS) to stop the transfer of migrants, citing an uptick of migrants with COVID.

"We entered into an understanding that we would drop the lawsuit, which we did, and then Border Patrol would deliver these migrants, about 200 or so per day, to a city facility that we leased and then we, in turn as a city retained a bussing company to transport these migrants farther north here in Texas," said Saenz.

He added that the city no longer sends migrants to Dallas, citing the cost was too high. The buses cost Laredo $8,000 to $10,000 per day, with the city hoping for reimbursement from FEMA.

Saenz said providing the buses is a necessity because Laredo has a “waiting list” for hospital beds. There were about 800 active cases on Wednesday, including a 3-month-old migrant child.

"We don’t even have a pediatric ICU," he added. "The federal government can take them someplace else. They have a choice. But we, as residents, really don’t have a choice. We’re literally fighting for beds here if there are beds available. So it’s truly a public health crisis."

Saenz said there are no hotels in Laredo that accept COVID-positive migrants. The city does not have the capacity to open up a large park to isolate and test migrants.

"We’re actually pitting a migrant versus a resident wanting a bed, and when you have two ill people, it’s extremely uncomfortable to be in that situation. It’s insensitive and cruel to put us in that situation because no one wants to decide who gets a bed first," said Saenz.

He was invited and planned to attend Thursday’s roundtable meeting in McAllen with Homeland Security Secretary Alejandro Mayorkas, who is coming to the South Texas border amid calls from local leaders for the Biden administration to address the situation.

He said he hopes to bring up the dire situation to Mayorkas. "It’s unmanageable. It’s uncontrolled. It’s chaos," he concluded.

Angered by the dire conditions at the border, Senator (R.) Ted Cruz said the state has had over a million illegal immigrants enter in the past six months, adding the Biden administration "didn't care."