Leftists have become the morality police they once despised

They feel that their perspective on what is right and wrong, good and bad, is so unfailingly correct that any divergence from that, or questioning of it, is itself a moral infraction. 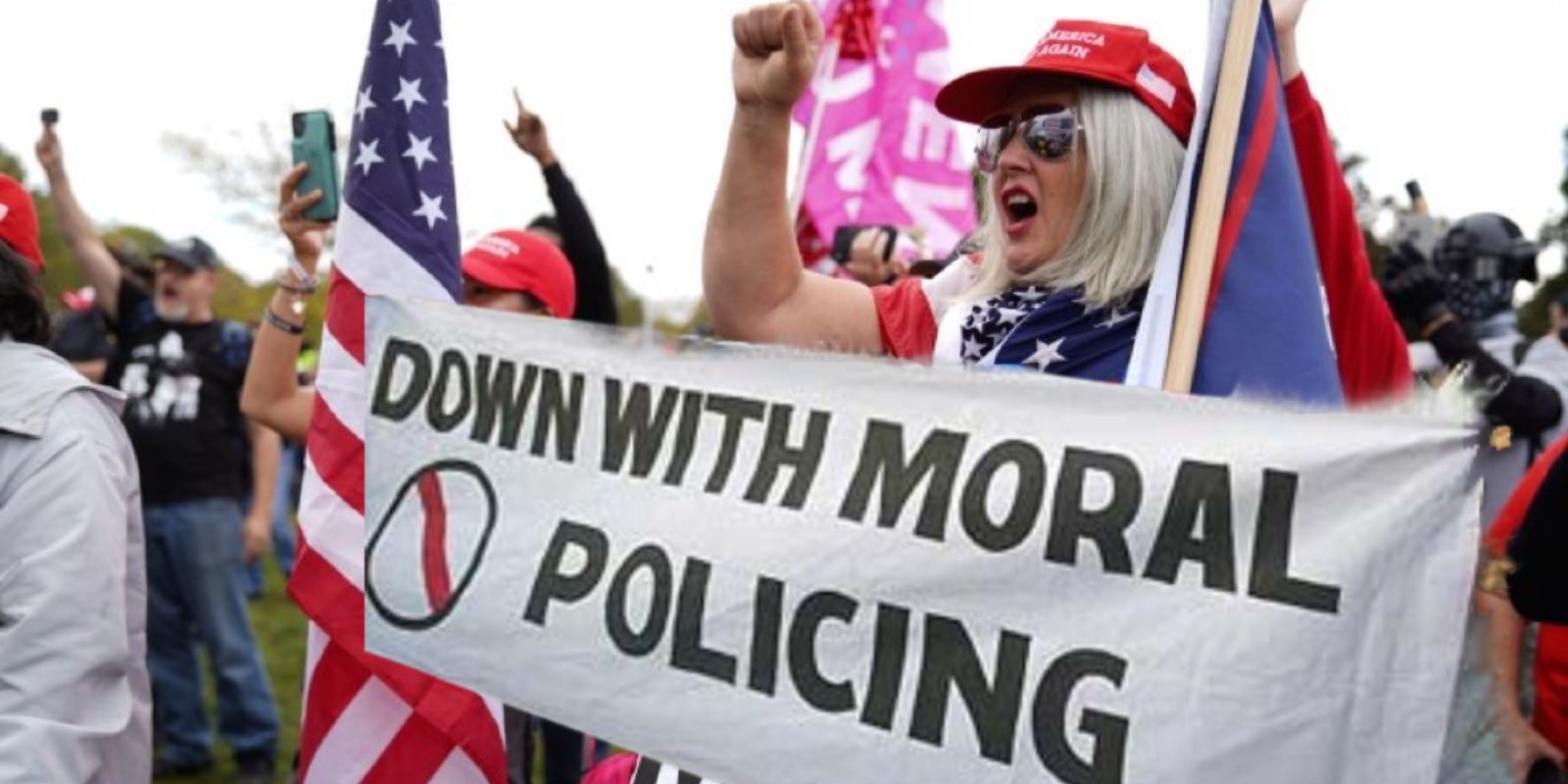 The left has adopted the same attitudes of intolerance and moral superiority that they used to decry in the right. They feel that their perspective on what is right and wrong, good and bad, is so unfailingly correct that any divergence from that, or questioning of it, is itself a moral infraction. This is why, when you oppose one of their views—such as gender ideology, or critical race theory, or abortion—leftists suggest that you need to educate yourself. The newest moral cudgel is over pandemic restrictions, lockdown, and masking.

When posting concerns about the lockdown and its collateral damage on Facebook message boards, for parents, neighbourhoods, or even on a personal page, those who subscribe to the idea that quarantining the healthy, wearing face masks as a sign of respect, and socially distancing until there is a vaccine, command moral authority over those who don’t. And they wield it.

They assume that you haven't thought these things through all the way, for if you had, you would undoubtedly agree with them. They truly believe that agreement with their view is the only acceptable outcome, and that if you still don’t agree, there’s something wrong with you. This attitude—of divergence from a code of moral standards being reason enough to shun, defame, insult, or object to a person—is one the Christian right employed when they would shame people for sexual practices or sexual orientation, or for their lack of religious fervour.

At the time when the Christian right was in full swing, and the morality police, led by Newt Gingrich, were pointing fingers at those who crossed the proverbial lines, the left, correctly, derided the right for these overly moralistic, super judgmental standards. But now they do the exact same thing on the left that they hated among their brethren on the right. They shame people for holding views that are opposed to their own.

Only instead of mere public shaming of public figures, the left takes it a few steps further and brings this moralism to individuals leading private lives. Whereas the religious right primarily made use of the press to do their dirty work, the left makes use of social media, and the results are far more insidious and damaging.

With social media, everyone has a voice in condemning those who disagree, or those who merely question the leftist narrative. Anyone with a facebook account can join the mobbing, anyone on Twitter can team up with others against a person. What begins on social media lands in the real world, however, as friends, family, and employers are notified as to the person’s non-compliance with the new leftist morality. Often, a person loses friends, has family turn on them, and is no longer employable because a quick google search leads to their public humiliation.

An infraction, whether perceived, fabricated, or otherwise, is enough for a social media-fueled mob to get a person fired, shame their friends into public disavowals. The internet if forever, and there is no forgiveness, or even space for the person to try to make amends. The punishment of excommunication is deemed justified.

The left has made its case for tolerance over the past decade. Their insistence has been that Americans be considerate of those who practice religions and lifestyles that are not their own. They came down hard on the Christian right, demanding that they open their hearts and minds, and in many ways and cases, the Christian right did. There is less objection to homosexuality on the right than there used to be, and more acceptance of non-Christian religious practices.