In asking for the video's release, attorney Maria Medvin said in April "This is not the Soviet Union, and the government does not get to control the narrative of what happens in the courtroom." 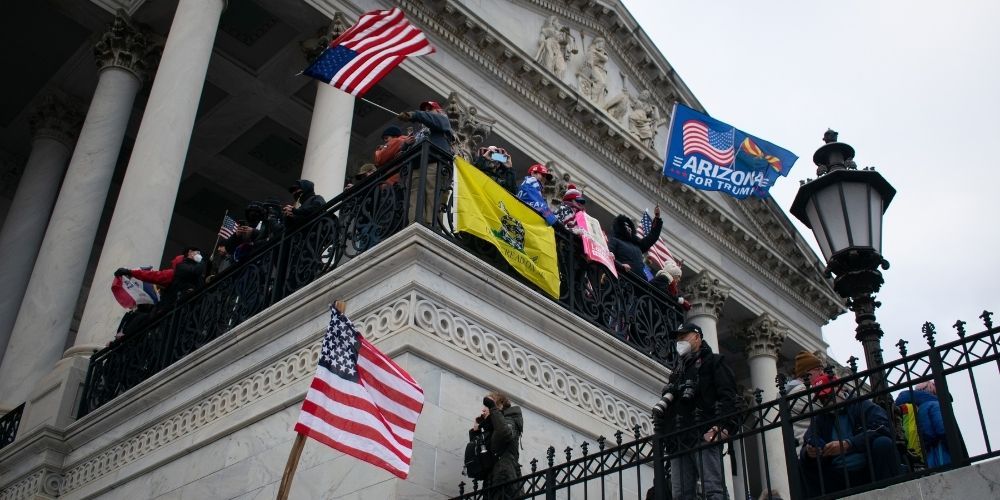 The US District Court for the District of Columbia granted a motion on Wednesday to remove the designation of "highly sensitive" on a 30-second clip linked to a January 6 defendant's case. The video footage will now be available for public viewing.

Attorney Harmeet Dhillon broke the news that Marina Medvin, who represents defendant John Anderson against charges stemming from the events of the Capitol riot on Jan. 6, won a small victory this week. The order will allow the public to see the video.

In asking for the video to be made available, Medvin said in April "This is not the Soviet Union, and the government does not get to control the narrative of what happens in the courtroom. The weedlike growth of the government's power over public information is outrageous and un-American and cannot be permitted to continue unchecked."

In a motion filed in June, Medvin wrote that "While John Anderson is charged with assaulting and impeding police officers, and theft of government property, amongst other accusations, the government's evidence fails to corroborate the charges. The government's evidence, instead, shows a man approaching police to seek medical attention after being chemically prayed by a member of the crowd and after being subjected to additional chemical spray released into the crowd by law enforcement. The video sought for release, and being blocked by the government, establishes Mr. Anderson's defense."

"Surely," Medvin wrote, "Mr. Anderson should not be prejudiced by the continued veil of secrecy over the video sought for release in his case simply because in this case the government does not feel the release is advantageous to their legal position... In Mr. Anderson's case, the government is attempting to conceal video favorable to the defense to protect their unjust prosecution and to continue to unilaterally control the public narrative. Why should this be permitted?"

In allowing the release, the court document reads "For the reasons stated on the record during the hearing of July 28, 2021, Defendant's oral motion… encompasses within his Memorandum in Support of Defendant's Oral Motion to Remove Designation of "Highly Sensitive" from CCTV Video Clip… is granted."

"It is hereby: ordered that the 30 second CCTV video clip at issue in that motion is no longer designated as "Highly Sensitive" and, thus, no longer restricted under this case's Protective Order," the court document continues.

In the same document, the court denied a motion to intervene, originating from a motion filed in late June from numerous media outlets, for said media outlets to receive that 30-second clip of CCTV footage.

Outlets including The Washington Post, CBS Broadcasting, the Associated Press, Buzzfeed, and more, referred to collectively as the "Press Coalition," were listed as proposed interveners in the June 27 document.

The Press Coalition "respectfully move to intervene in this matter for the limited purpose of challenging the Government's designation of a 30-second clip of surveillance video from the United States Capitol as 'Highly Sensitive,' which improperly prevents Defendant John Steven Anderson from providing that video segment to the press and public," states the June document.

They assert that the government could not "demonstrate a legitimate need" for the clip to be designated as such "because still images from this specific surveillance video are already in public view in the parties' filings in this case, and videos from Capitol surveillance cameras more generally have been made public by the Department of Justice, Congress, and the press."

In July's motion, the "court suggests that Proposed Intervenors attempt to obtain the video clip from Defendant." If they cannot, the court welcomed them to renew their motion.

According to a court document filed on February 17, Anderson is listed as conducting the following offenses on January 6, 2021: