Leslyn Lewis is the voice the CPC needs in leadership 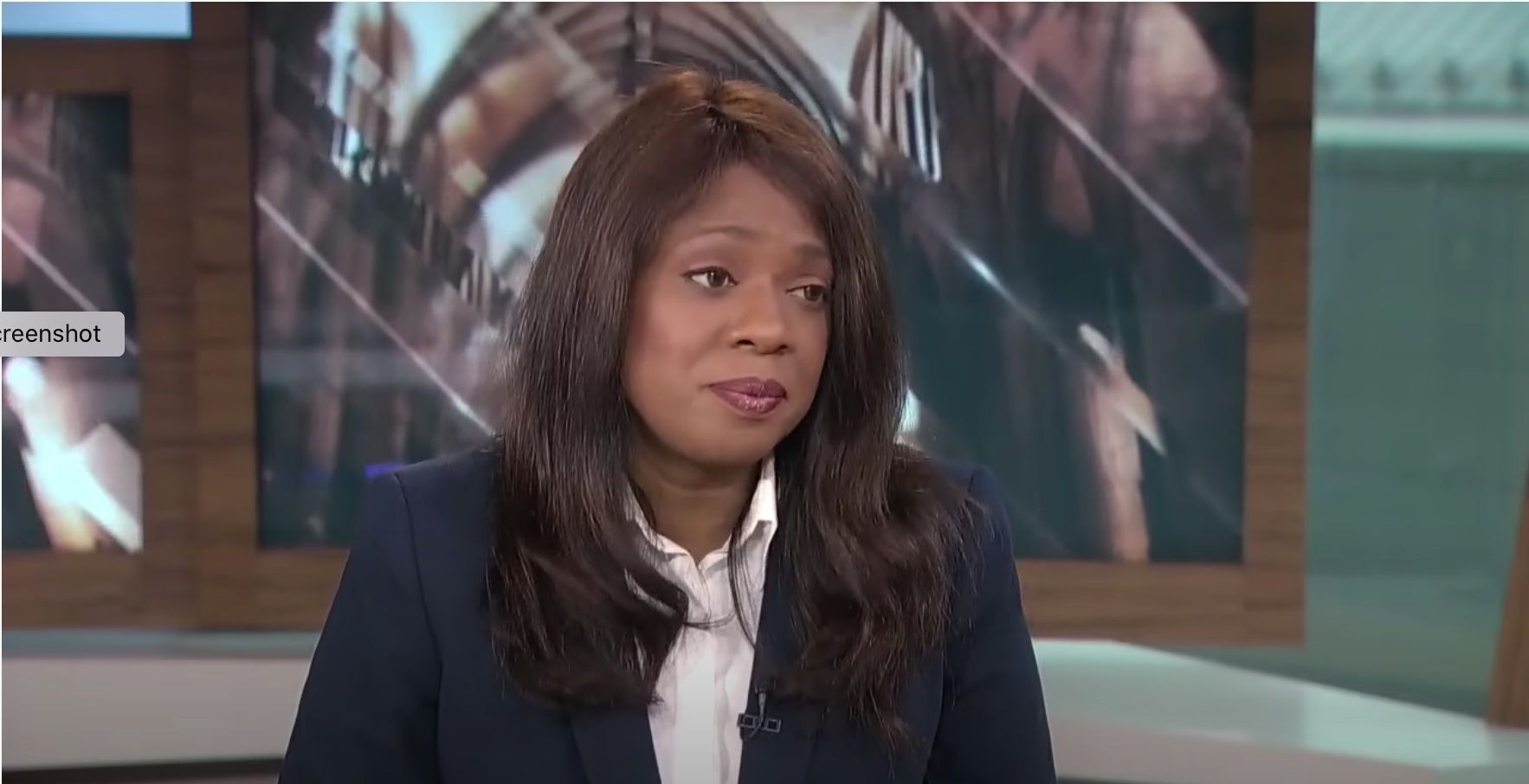 Insofar as Canadians are hearing anything about the Conservative Party leadership race in the middle of this pandemic, they’re hearing about MP Derek Sloan, and what could be perhaps most charitably described as a bozo eruption of insensitivity. But he's not the only candidate to whom Canadians should be paying attention, far from it.

Sloan, who was struggling to gain traction in the CPC leadership race, obnoxiously questioned the loyalty of Canada’s Chief Public Health Officer, Dr. Theresa Tam. Dr. Tam’s performance in this pandemic is a fair thing to question, but it’s not alright to ask if a civil servant is “working for China,” especially without evidence, and especially if doing so involves winking at ugly anti-Asian sentiment. Dr. Tam is as Canadian as Sloan is, and it’s wrong to question that.

But Sloan’s remarks fit a familiar pattern: Another day, another random Conservative MP getting into trouble for saying dumb things that make them look like racist. Cue the CBC’s breathless coverage and the latest churn in our news cycle. It’s been this way since the 1990s, and it’s the only script that our establishment media knows how to follow.

Below the surface of this controversy, there is another, much more interesting story about the Conservative leadership race, and a surprising candidate who has the potential to reshape Canadian politics.

Her name is Leslyn Lewis. She is a Toronto lawyer who immigrated to Canada from Jamaica when she was a child. She has a Master’s in environmental studies, and a Ph.D from Osgoode Law School. But what’s most interesting about her is not her professional and educational credentials, no matter how impressive they are. It’s how Lewis is uniquely placed to move Canada’s public discourse significantly to the right.

In political science, this is called shifting the Overton Window. It means changing the underlying framework for public debate such that ideas that were previously considered radical are considered first reasonable and then obvious. Same-sex marriage is a great example of this process. In 1999, a Liberal majority parliament overwhelmingly supported a motion re-affirming the traditional definition of marriage.

Over the following few years, activists in the courts and the public square more broadly were able to shift the public argument, such that by 2005, many of the same Liberals who had opposed same-sex marriage were now among its most ardent supporters. By not giving up the argument, and keeping the issue in the public square, LGBT activists were able to change the underlying dynamic of the debate, such that by now, in 2020, nobody would consider going back.

I think that Lewis offers the Conservatives some ways to shift the Overton Window in their direction. Take her approach to the charged issue of abortion. Most Conservative politicians have simply sought to hide from the issue. They have either said they were pro-choice and left it at that, or said they were pro-life, but wouldn’t do anything to advance their convictions. Both Harper and Scheer were good examples of this dynamic.

The trouble with this positioning is three-fold. First, it leaves you open to accusations that you have a hidden agenda that you’ll implement if elected. After all, if you really believe that abortion is killing a child, why wouldn’t you do something to reduce it? Second, it involves dodging questions repeatedly, taking up valuable media time during election campaigns where you would prefer to drive your own message.

Scheer could barely open his mouth in the last election before he faced hostile questions about his personal pro-life convictions. Third, it means that in the long run, you never actually present the pro-life argument. You’re always on defence, never on offence. This means that pro-choice arguments win by default because you’re too afraid to make your case. Pro-life politicians like Scheer have simply ceded the field to their opponents.

Lewis has taken a different approach. She is eloquently pro-life, and has adopted what she calls a “No Hidden Agendas Policy.” With her leadership, Canada would not ban abortion. Public opinion is pretty clear on that at present, and no party could be elected if this is what they proposed. (See the Christian Heritage Party for more details).

She would be clear about her underlying pro-life belief, and advance certain incremental policies like banning sex selection abortions, protecting women from coerced abortion, supporting pregnancy care centres, and ending taxpayer funding of abortion in foreign countries. These are all policies that command significant public support, including from pro-choice Canadians.

Her policies also highlight the kind, supportive, and feminist side of the pro-life movement, especially in contrasts to some of the worst features of our current abortion-on-demand regime.

Can you imagine pro-choice hero Justin Trudeau on the debate stage defending sex selection abortion? Or refusing to take steps to prevent women from undergoing coerced abortion by abusive partners? Or saying that we shouldn’t do anything in particular to help mothers who want to keep their babies? He has done all this before, and he looks bad doing it. So in addition to these being good policies, Lewis’ ideas are also winning policies, and they could begin to shift the contours of public opinion in a more pro-life direction overall.

Lewis’ biography is a part of her appeal, and not just for pro-life advocates. As a black woman whose family came here when she was a child, and who has since gone on to raise her own family and achieve considerable professional success, she embodies what most Conservatives believe about their own country.

Conservatives believe Canada is a great country—perhaps the best in the world— and while we recognize historic and present wrongs, we are proud of our history, culture, and institutions. In contrast, Trudeau, who is the preeminent son of privilege, often speaks of Canada as a deeply flawed place, and spends more time lamenting our history and culture than celebrating it. It’s not just Trudeau, though.

The Canadian left has become much more woke in recent years, and many leftists describe Canada as a fundamentally racist, genocidal, and oppressive place. This view is popular in elite circles, as well as in the media establishment. The celebratory tone of coverage around removals of statues of Sir John A. MacDonald, our first Prime Minister, is a good example of this dynamic. On the basic issue of whether we should be proud of our country, they are shifting the Overton Window leftwards, and the Conservatives have done little to stop them.

But history and culture are complex, and this attitude of reflexive anti-Canada sentiment fails to capture that complexity. For millions of people, Lewis’ family included, Canada has been a refuge: a place to make a new start, live in freedom, and build meaningful, prosperous lives. A woman whose family came to Canada from Jamaica, and who has built a life for herself here, is a living example of how this is a good country, full of opportunity, a place worth celebrating. While our privileged, blackface-wearing Prime Minister is calling ordinary Canadians racists, Lewis can simply show that our country is a place of opportunity for all kinds of people.

This is particularly important given the last two election results. In the Harper years, Conservatives made inroads into cities and immigrant communities. But in the last election, they were shut out of Canada’s three largest cities, and didn’t capture many wins in suburban areas with large minority populations. They were able to win the popular vote by running up huge margins in rural and western Canada, but they failed to appeal to urban and suburban voters outside Alberta, thereby winning fewer seats. A new leader who neither looks nor talks exactly like Stephen Harper could encourage non-traditional supporters to give the party a fresh look.

Lewis is still an underdog in the Conservative Party leadership. Her main opponents seem to imagine that they can win elections with either a Harper 2.0 (O’ Toole) or Harper-lite (MacKay) approach. They envision small policy changes, some communications improvements, and increasing the Conservative vote share by a few percentage points. This might work to win one election, but it won’t work to win the argument. A few years later, the party will be back in opposition, and the country will continue moving leftwards. However, if CPC members are willing to try something new with Leslyn Lewis, there is a real shot that they could finally start winning the arguments and helping to shift Canada’s Overton Window in a more conservative direction.